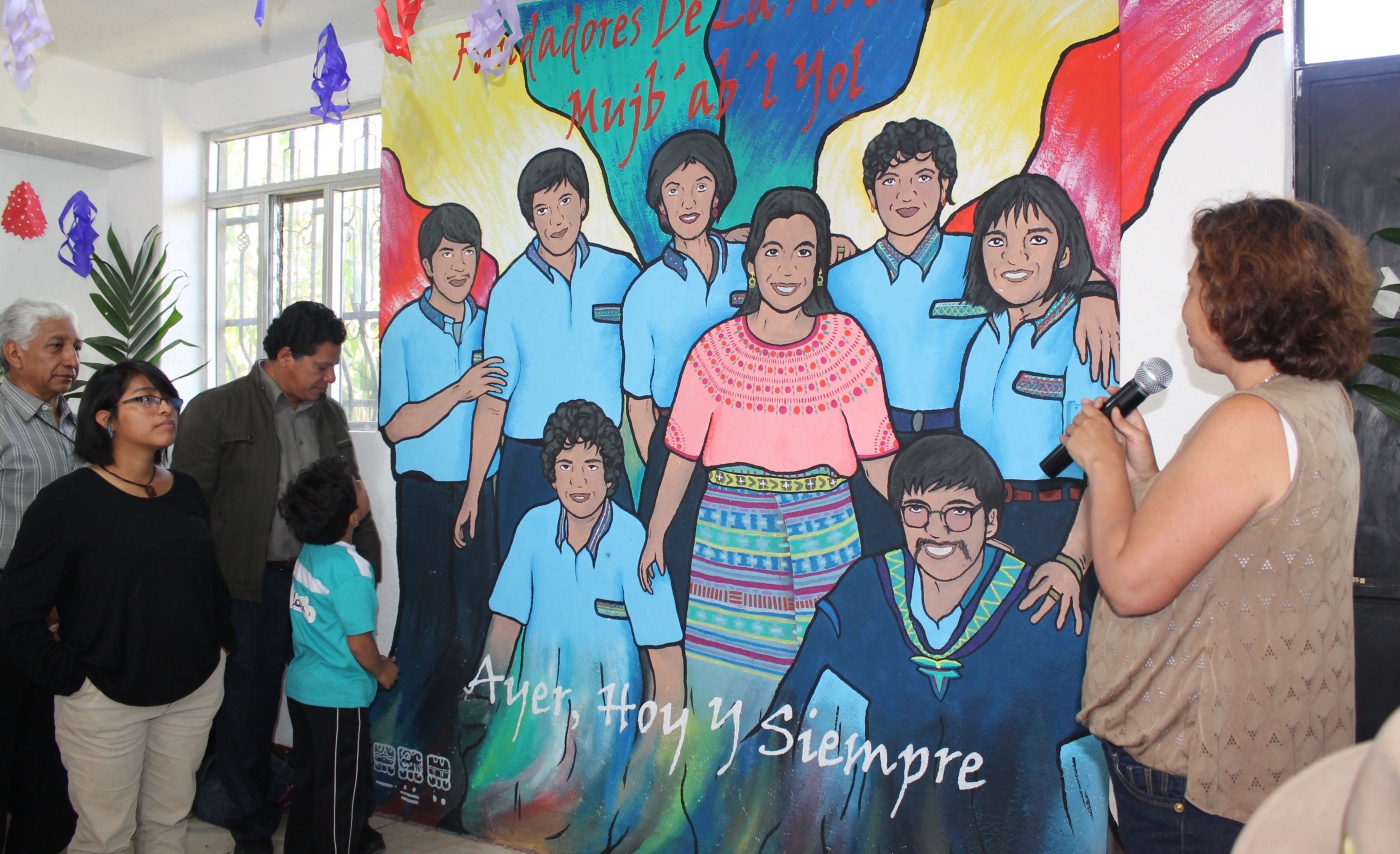 On August 22, 2015 Asociacion Mujb’ abl ‘yol celebrated the closure of a 9-month series of workshops and trainings for 40 community radio volunteers on “Democracy, Development and Community Media.” The project was partially funded by DEMOS Guatemala and the Inter-American Foundation (IAF) to benefit community journalists in Guatemala. It is the first time a project of its kind has been launched and has achieved 100% graduation rate. 40 participants proudly received their recognitions on Saturday in hopes of improving community media in their communities.

The event began with a traditional Mayan ceremony celebrating and thanking the heart of the sky and mother earth for a memorable day. Three out of the eight funders of Mujb ‘abl ‘yol attended the event and expressed their joy.

“When we laid the first building block of this dream, we never imagined it would produce these amazing fruits. It brings tears of joy to my eyes to see this new generation of community journalists take ownership of this dream” said Elizabeth Ramirez, founder of Mujb ‘abl ‘yol.

The participants, dressed in their best attire, expressed their gratitude for this opportunity, “I am humbled and honored to have learned alongside all these great volunteers. I thank all the sponsoring organization for providing us with these 9-months of wisdom” said Jose Sian, participant from Radio Nacoj.

A representative of DEMOS Guatemala congratulated the group via Skype while Jose Toasa from the Inter-American Foundation (IAF) made a phone call to present a recognition to the participants.

A representative of Asociacion Sobrevivencia Cultural also presented some of the diplomas and gave warm congratulations to all the graduates. The event culminated with a special recognition from one of the participants to the founders of Mujb ‘abl ‘yol.

Ana Velasquez, radio volunteer and artist, painted a mural of the eight founders of Mujb ‘al ‘yol on one of the walls of the organization. The mural was unveiled at the end of the event, which brought tears to the eyes of many. A special shout-out was given to Rigoberto Juarez, founder and well-known activist, who is currently in jail for defending his territory and fighting for Mother Earth.

Through this event, Mujb ‘abl ‘yol celebrated and reaffirmed its commitment to empower volunteers through future projects strengthening the Community Radio Movement in Guatemala.