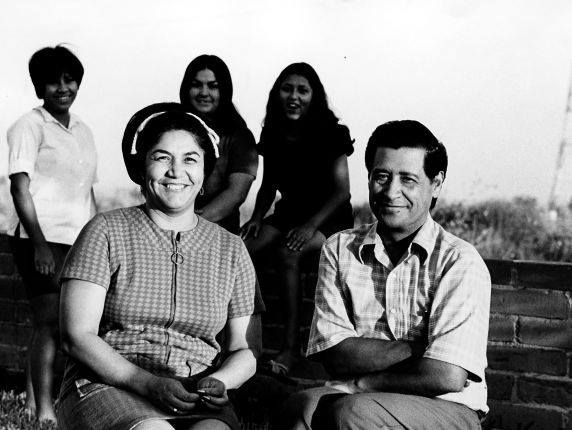 In the 1960s, Mexican migrant farm workers within the United States endured countless challenges including low wages, inhumane conditions, and a lack of political rights. However, the actions of multiple labor unions over the course of several decades helped to resolve these unfavorable conditions, leading to heightened public awareness and gradual improvements as a result of mass organization. When considering the important figures who spearheaded the farm workers’ rights movement, names that come to mind include Larry Itliong, Dolores Huerta and perhaps most notably, Cesar Chavez. Leading the movement within the United States, Chavez worked tirelessly to guarantee collective bargaining rights to farm workers and to improve the conditions under which they labored. However, Chavez’s success would not have been possible without the help of his wife, Helen Chavez. Mrs. Chavez passed away on Monday, June 6, at the age of 88. To honor her memory The Council on Hemispheric Affairs (COHA) offers our reflections on her lasting impact on the farm workers movement and the rights of migrant workers in the United States today.

The Progression of Migrant Workers’ Conditions

Before World War II, agricultural production and Mexican immigration were not linked in an entirely dependent manner. Though Mexican immigrants were “the backbone of [the] agricultural labor force” during the 1920s, the U.S. government shifted gears and encouraged immigrants to return to Mexico during the 1930s to provide more jobs to already struggling pools of Americans during the Depression.[1] However, as historian and immigration expert Kelly Lytle Hernandez explains, the “demand for agricultural laborers in the southwestern United States increased in order to meet the needs of wartime production.”[2] To satisfy this demand, the United States government implemented the Bracero program, which solidified a process of long-term immigration flows and cemented the necessity of a fixed level of Mexican laborers in the U.S. agricultural industry.

The Bracero program became a cornerstone of U.S.-Mexico relations. During the program’s tenure from 1942 to 1964, over 4.6 million Mexican immigrants arrived in the United States on labor contracts, primarily agricultural.[3] However, the program attracted significant controversy for the unequal power relations under which Mexican migrants were forced to labor and for the abuses they had to endure. According to the Bracero History Archive, “Mexican and native workers suffered while growers benefited from cheap plentiful labor.”[4] Though the program ended in 1964, it left lasting repercussions on the American farming industry. The patterns of heightened migration continued, and wages for migrant farm workers dropped to incredibly low levels due to the restructuring of various stateside agricultural industries.[5] These developments institutionalized the agricultural industry’s expectation of – and reliance on – cheap immigrant labor as the norm. It also led migrant farmworkers to be viewed as just another input commodity, to be acquired at the lowest possible price, while allowing them to be dehumanized, and deprived of political rights.[6] It was these civil rights violations that Helen Chavez would fight against throughout her life as an advocate.

Ironically, during this same time, workers in most other American industries had won the right to collective bargaining. The National Labor Relations Act (1935) and Fair Labor Standards Act (1938) enshrined the right for workers to collectively organize and be treated fairly by employers. However, both laws excluded farm workers from their protections.[7] Thus, the influx of migrant laborers from the Bracero program, in combination with the lack of protections for farm workers, meant that millions of immigrants were forced to work under dire conditions and receive insufficient wages that led to starvation, and were denied an effective outlet to collectively organize to defend their rights.

From Farmer to Activist

Helen Fabela Chavez was born in 1928, and was raised within this context of injustice. She was the child of Mexican immigrants living in California, and at only seven years old she started working to support her family during the Depression.[8] When she was fifteen years old her father passed away, and she left school to return to the family farm. Undoubtedly, her early childhood experiences informed her understanding of the struggles of migrant workers as she witnessed the injustices they faced firsthand.[9] In 1948, at the age of nineteen, she married Cesar Chavez, and the pair had eight children over the next decade.[10] Cesar found work as an activist for Mexican-American farm laborers, and became all the more frustrated with the institutional issues of the agricultural industry. Together, Helen and Cesar Chavez began to organize farmers across California; Cesar founded the National Farm Workers Association (which would later become United Farm Workers – UFW) in 1958, and mobilized farmers to fight for their rights.[11] Ultimately, they envisioned the creation of a national farm workers union, which would strive to end the exploitation of farm workers and create a more equitable labor system.

From 1965 to 1970, the Chavezes fought for bargaining rights alongside thousands of farm workers, and saw many successes through strikes and protests. The infamous 1968 Grape Boycott convinced 17 million Americans to stop purchasing the fruit.[12] In 1975, the California Farm Labor Relations Act was passed, providing a milestone victory by protecting the right for farm workers to unionize and by instituting the necessary safeguards to ensure that migrant laborers could lead decent lives.[13] Though the impact of the act itself has been criticized, there is no doubt that their movement “changed the way an entire generation thought about farm workers.”[14]

While Helen Chavez’s role in UFW was largely behind the scenes, her impact was far-reaching and vital. Although she “often had to raise the children by herself while Cesar was on the road,” she was by no means an idle figure in the movement. [15] Her collaboration with her husband was a driving factor in making the achievements of the UFW possible in the first place. Cesar may have been the public spokesman and leader, but Helen dedicated herself to doing all the things that made the movement run such as, “keeping the books, walking the picket line and being arrested.” [16] She occasionally even returned to the fields, working side by side with the laborers she was fighting to uplift. Her intertwining roles as administrator, laborer, and family caretaker made her a role model for migrant workers and women alike. She was “fiercely determined and strong willed,” and never faltered on her “deep convictions” for civil and human rights. [17]

Though her husband died in 1993, Helen Chavez continued as an activist for Latino communities across the United States. She was named Latina of the Year in 2008 by the National Latino Peace Officers Association for her promotion of “non-violent social change” and her work to “improve the lives of the poor and disenfranchised.”[18] In a statement released by UFW on June 7, the union describes Helen Chavez’s legacy as the following: “her consistent humility, selflessness, quiet heroism and fiery perseverance were at the heart of the movement she helped build,” and her actions changed “the lives of thousands of farm workers and millions of others who were inspired by La Causa (the cause).”[19]

There is still a great deal of progress to be made in regards to farm worker’s rights. However, Helen Chavez’s contributions to this cause, while often behind the scenes, helped push forward many improvements toward empowering agricultural laborers and migrant workers in the United States. Because of her inexhaustible advocacy, she should be recognized as an important figure in the history of Latino civil rights. Helen Chavez was an exceptional woman with a strong commitment to her community, and she will definitely be missed.

Zachary Cohen is a research associate at the Council on Hemispheric Affairs.

agriculture, Helen Chavez, Mexico, Migrant Workers' Rights, the United States
Previous Post Why this Harvard report is a tough pill to swallow for the media, and should be a warning to the GOP
Next PostCrowdfunder: Filmmaker draws on the phenomenon of women graffiti artists

Why this Harvard report is a tough pill to swallow for the media, and should be a warning to the GOP
Comment
Crowdfunder: Filmmaker draws on the phenomenon of women graffiti artists