The Houston Astrodome: The Saga Continues 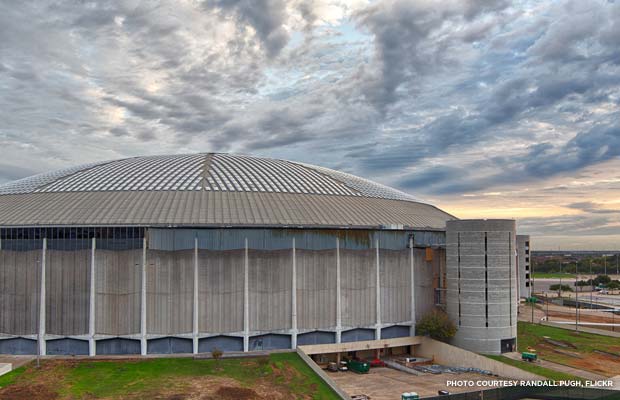 So, what’s happening with the Astrodome?

That’s a question that has plagued Houstonians for years — if not decades — and today, we’re no closer to answering it. You might remember that our last post on this subject was titled “The Future for the Houston Astrodome Looks Bleak.”

Well, as it turns out, a more accurate title would have been, “The Future for the Houston Astrodome Is … Complicated.” Here’s why.

Prior to Election Day, it was widely speculated that demolition would begin almost immediately if Harris County did not pass Proposition 2, a bond measure to turn the Dome into the world’s largest special events space.

Fast forward to today, and we have a failed ballot initiative, but only the building’s non-historic features have come down.

The intense “should it stay or should it go” chatter has quieted, and the Dome was noticeably absent from the agenda of the county’s last meeting.

It’s like someone turned off the stove, but left the pot.

Because the Astrodome is Harris County property, all eyes are on the judge and the county commissioners — the five elected officials who, sooner rather than later, will have to make the call.

Since Election Day, this group has taken great care to consider the three most likely options: private development, a public-private partnership, or demolition.

In that time, they have not only expressed disappointment over low voter turnout, but that they still want to hear from people who want to save the Dome. Still.

That’s where we need your help. Please contact these Harris County officials today and let them know you support saving the Dome.

Even if you don’t live in Harris County, you can still show your support for this architectural marvel, the Eighth Wonder of the World.

We’ve created an easy-to-use form where you can email the judge and commissioners, all with one click.

Saving places is never easy and rarely straightforward, but when you believe in something, you stay your course. And we believe in the Dome.

We hope you do, too.

Jason Lloyd Clement is the director of community outreach at the National Trust, which is really just a fancy way of saying he’s a professional place lover. For him, any day that involves a bike, a camera, and a gritty historic neighborhood is basically the best day ever.