Latina Lista: News from the Latinx perspective > Columns & Features > BlogBeat > How Clinical Psychology is Improving our Understanding of Internet Addiction

How Clinical Psychology is Improving our Understanding of Internet Addiction 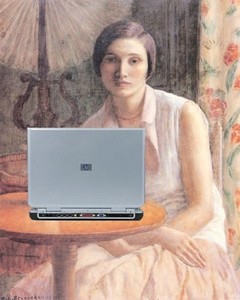 The emergence of the internet in the past twenty years has changed the way we communicate, conduct business, and spend our free time. In many ways it has made our lives easier – we have at our fingertips a wealth of information about every topic under the sun – and in many ways it has made our lives more complicated. For some, spending time on the Internet has become more than a hobby; it has become an addiction or compulsion that has become out of their control.

Peoples’ brains are becoming hardwired to desire the latest news, newest fashion, and most current Facebook updates. Psychologists who study the science of addiction have just begun to understand this problem, which is affecting people all over the world as the Internet becomes increasingly accessible to the masses. While some research has been conducted on this topic, for those suffering from their constant need to be online, several questions about how that addiction is defined remain to be answered.

In a 1998 study conducted by a group of psychologists from Carnegie Mellon University, the paradox of the Internet is that in the process of removing distance barriers and connecting people, the Internet instead reduces social involvement and psychological well-being. The study examined the impact of Internet usage of 169 people in 73 households during their first one to two years online. Originally devised as a pathway to bring the people of the world together, Internet access often caused people to withdraw into themselves and avoid “real life” relationships.

In addition, the amount of time spent online – whether it’s spent in chat rooms, playing games, surfing the web, or engaging in social networking – seemed to go beyond the bounds of what might have been considered normal. As a result, the term Internet addiction disorder (IAD) has been coined to define those who are seemingly unable to control their compulsion to be online.

When considering the results of this study, it’s important to point out that the cited addictions occurred as a result from dial-up Internet from 1998. Today, the effects of Internet addictions are certainly exacerbated by our increased access to broadband Internet, constant connectivity through smartphones, and the rigors of work requiring professionals to check their emails 24/7.

Identifying Internet Addiction as a Disorder

The first question among clinical psychologists studying this phenomenon is whether it can legitimately be labeled an addiction. There has been controversy surrounding its proposed inclusion in the American Psychiatric Association‘s Diagnostic and Statistical Manual of Mental Disorders (DSM) when the tenth iteration is released in 2013.

Internet addiction has generally been put into the same category as compulsive gambling and other non-substance-abuse addictions with the same diagnostic criteria. Since it’s still an emerging area of study, however, there is a lack of empirical evidence to support its definition as an addiction – although researchers such as Kraut et al from Carnegie Mellon are continuing to pioneer research in the field.

Among those firmly on the side of labeling the problem an addiction is Dr. Kimberly Young, who founded the Center for Internet Addiction in 1995 and has since then conducted extensive research on the topic. Her 1996 study entitled, “Internet Addiction: The Emergence of a New Clinical Disorder“ was one of the first to identify Internet addiction as an impulse-control disorder akin to pathological gambling.

In this study, she used criteria that had previously been used to define pathological gambling to develop a diagnostic questionnaire consisting of eight questions describing respondents’ attitudes toward the internet. Those who responded positively to five of the eight questions were defined as dependent, and those that were found to be dependent reported that their dependence had caused personal, family, and occupational problems. Young also created a twenty-question Internet Addiction Test to aid in self-diagnosis. A more recent study out of China created new, more detailed diagnostic criteria for IAD, building on the foundation developed by Young and others.

Some in the field, however, are reluctant to define overuse of the Internet as an addiction, pointing to the fact that as yet there is little empirical evidence suggesting that the medium has addictive properties. Instead, they pose that the problem might simply lie with the individual. As psychologist John Suler writes in The Psychology of Cyberspace, “some cyberspace addictions are game and competition oriented, some fulfill more social needs, some simply may be an extension of workaholicism.”

Several studies have linked Internet addiction to previous mental problems, including one study which found that those suffering from internet addiction were more likely to have suffered from anxiety disorders and depression. One of the authors of this study, the University of Florida’s Mark Shapira, is in favor of the label “internetomania,” rather than addiction, because the disorder so closely resembles other impulse control disorders like kleptomania (shoplifting) and trichotillomania (pulling out one’s hair). What’s unclear at this point is whether there is something inherently addictive about the internet or if those with compulsive internet habits are possibly predisposed to have such habits.

As internet addiction becomes a more accepted psychological problem, clinical psychologists are grappling with the issue of how best to treat it. As Dr. Young has found, unlike substance addictions such as alcoholism, total abstinence is usually an unrealistic option because the Internet is a necessity in social and professional spheres today. She suggests time management, active avoidance of impulse triggers, and scheduling daily routines as ways to curb the draw of Internet addiction.

Medically, the most common treatment for Internet addiction thus far has been cognitive-behavior therapy, which is often utilized to treat impulse control disorders as well as substance abuse, and has been effective for treatment of IAD. This involves identifying and avoiding thoughts that might trigger negative behavior – in this case, excessive use of the internet. Other more radical approaches include boot-camp style retreats, which are often used to treat young people in Asian countries, and inpatient recovery centers.

Skeptics of the concept of Internet addiction still remain, but as the Internet becomes more ubiquitous, there will undoubtedly be a need for further research about the detrimental effects of its use in the general population.

Smartphones, tablets, and e-readers have added even more opportunities to write E-mails, log on to Facebook, and check other forms of personal information. As additional means of accessing the online universe become available, the question of how much is too much will have to be established.

Article source: Clinicalpsychology.net — An online informational resource for individuals looking to pursue clinical psychology-related education and careers. The platform covers various topics ranging from what you can do with a clinical psychology degree, links to related resources, and information about this specific field within the job market.