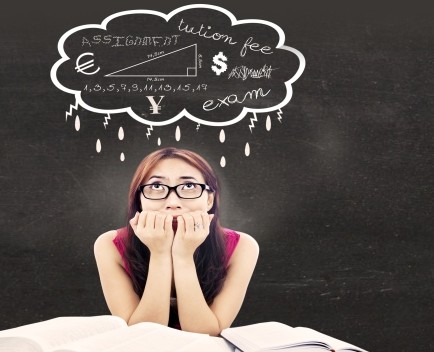 A new study of more than 500 black and Latino college students confirms that many encounter obstacles after enrolling in college without adequate financial resources.

“This project focuses on black and Latino students because while there has been substantial narrowing of racial and ethnic gaps in college enrollment, there has been no narrowing of the number that matters most—persistence through to degree attainment,” says Micere Keels, associate professor in comparative human development at the University of Chicago, who led the study.

Consequently, disproportionate numbers of blacks and Latinos are entering adulthood with college debt but without a degree.

Nationally, approximately 40 percent of black and 52 percent of Latino freshmen obtain their degree within six years, compared to 63 percent of white and 70 percent of Asian students.

“What we don’t know but need to know is the number of students who leave college with debt but without a degree—how many and how much—and particularly the racial and ethnic gaps in these numbers,” Keels says.

Students who started college with a high level of financial distress fell into one of three groups. The first group is students who enrolled knowing there was an unmet need that would have to be paid for out of pocket, but hoped that somehow they could find a way to pay it before a hold was placed on their account.

The second group is students who enrolled believing there was no unmet need but the final amount of aid received was lower than expected, or made housing or other changes without realizing that it would create unmet need.

The third group is students who, because of limited financial knowledge, believed that financial aid would cover everything and did not budget for living expenses such as food and activity fees. For students without access to any additional credit, from family or banks, incidental expenses add up and lead to stopping-out.

2. Loans matter: There are meaningful psychological and emotional benefits to attending college without any student loans. Approximately 27 percent had no federal or private loans but may have had grants or scholarships. These students reported the lowest level of financial distress and depressive symptoms.

5. Why students drop out: The association between financial distress and an increased likelihood of withdrawing from college may be because financial distress adds to students’ uncertainty about whether college will pay off, thereby reducing their commitment to their educational goals.

6. Is college worth it? Students with a high level of financial distress were the least likely to endorse the beliefs that college is worth the cost, that getting a college degree will lead to a good paying job, and that they will be able to repay their student loans. The resulting paradox is that students with high levels of financial distress at the start of college—those most reliant on education to enable upward mobility—are also the least likely to believe that obtaining their degree will payoff in the long run.

WHAT COLLEGES CAN DO

“Students were surveyed in the fall, winter, and spring of freshman year,” says Keels. “At each time-point, approximately 35 percent reported having difficulty paying their bills, being upset that they did not have enough money, and being concerned that they would not be able to afford to complete their degree.”

The study recommends that universities proactively send out three questions campus-wide to help them quickly identify students in financial distress who are in need of follow-up counseling. The questions cover how much difficulty they are having in paying their bills, how upset or worried they are because they do not have enough money to meet expenses, and how concerned they are that they do not have the finances that will enable them to complete their degrees.

The report is the first of a series that will be released from the Minority College Cohort Study, for which Keels is the principal investigator. The study tracks the emerging adult trajectory of black and Latino college freshmen from five public and private universities in Illinois.

education, featured, financial aid, stress
Previous Post Delving into the ancient mystery of the trophy skulls of Peru
Next PostPodcast: An introduction to the ListaPodcast with a discussion of first impressions of the 2016 presidential campaign

Delving into the ancient mystery of the trophy skulls of Peru
Comment
Podcast: An introduction to the ListaPodcast with a discussion of first impressions of the 2016 presidential campaign