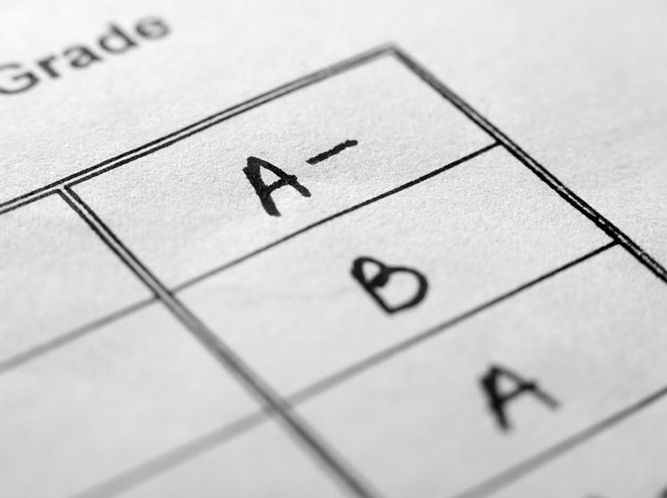 So how do Latino parents judge the quality of their child’s school? The good old-fashioned way: by reviewing their child’s report card.

A recent poll conducted by the Leadership Conference Fund, a nonprofit civil rights group based in Washington, D.C., found that 86 percent of Latino families said their child’s report card topped the list in judging school quality.

The teacher-to-student ratio came in a close second with 85 percent of these parents saying it was important to them, according to the recently released 2nd annual New Education Majority poll.

And what about those sometimes controversial state ratings or grades of the schools themselves? Latino parents said they paid attention to them but fewer of them — 73 percent —  cited these measures as very important.

Latino parents also think public schools in communities where most of the residents are Latino or black are underfunded compared to schools in predominantly white communities, the survey found. And parents and family members of color whose children mostly have teachers who are white are more likely to believe schools are “not really trying” to educate students of color than those with mostly black or mostly Latino teachers.

“It is our hope that the ‘New Education Majority’ poll changes assumptions about what Black and Latino parents and families value and leads policymakers to put these parents, and their priorities, at the center of decisions about education policy so that greater opportunities for Black and Latino children to learn and thrive lead to a strong future for them, their communities and our nation,” wrote Wade Henderson, president and CEO of the Leadership Conference Fund, in the report.

Three-quarters of Latinos polled said America’s K-12 public schools are doing a good job preparing Latino students for success in the future, but still overwhelmingly believe that students should be challenged more in school than they currently are. Latino parents also continue to place a premium on high expectations and academic rigor for their children.

The poll results were based on surveying 600 Latino parents and 600 black parents. The survey was conducted using bilingual professional interviewers in both English and Spanish. The margin of error for each sample is plus or minus 4.0 percent.

education, Latino families, public schools
Previous Post Why Trump’s decision to leave Paris accord hurts the US and the world
Next PostLatin America Continues Climate Action Despite Trump