How low-income moms approach TV for their kids 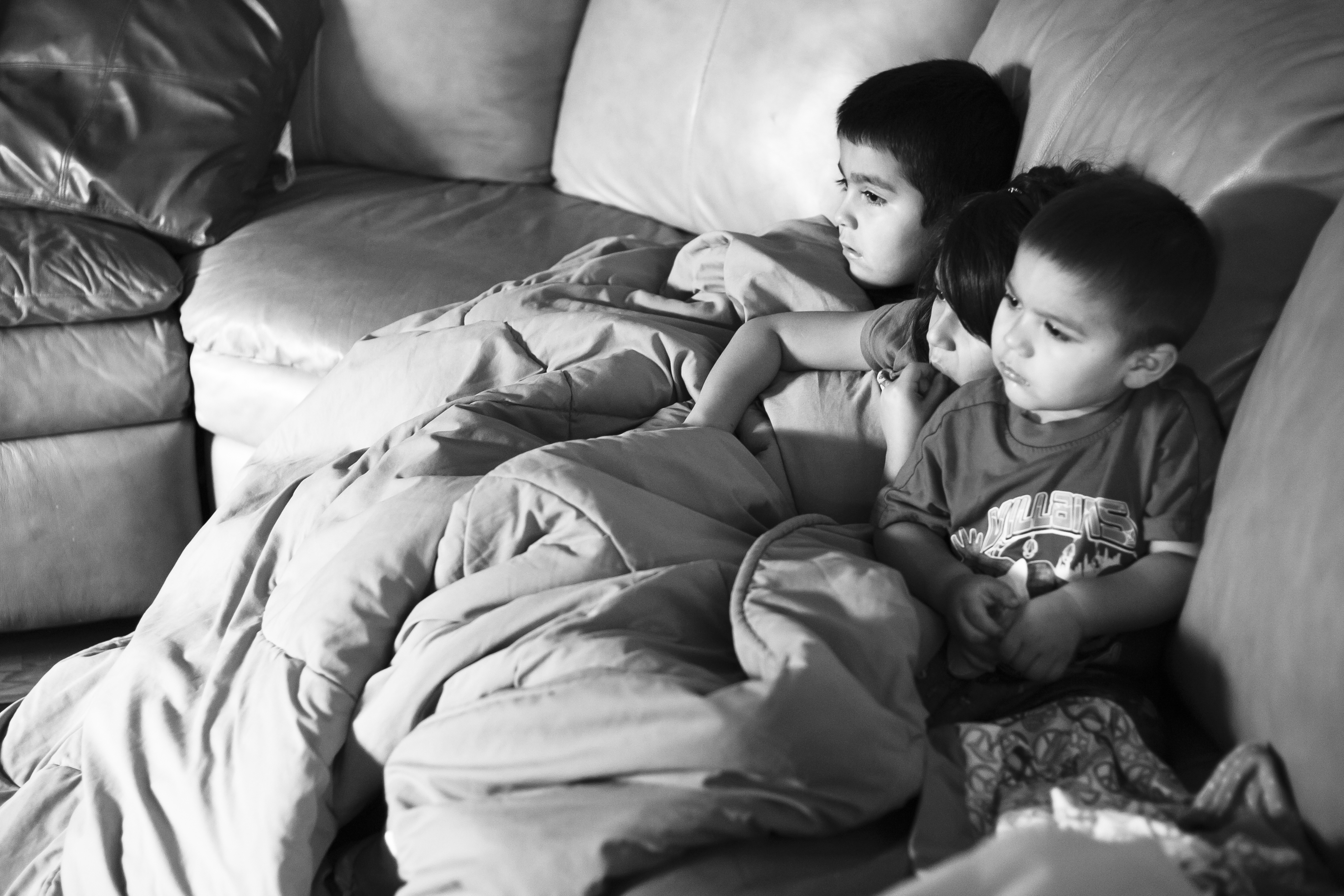 The moms in the study also viewed TV as a positive parenting tool when watching parent-approved, educational programming with their child.

In the study, 296 low-income moms were asked about beliefs and rules regarding their 4-to-8-year-old child’s television watching behavior, how they manage screen time, and if they allow television during meals.

The amount of screen time children should be allowed, in particular TV—which is still the most popular electronic medium–is a huge issue in all demographics, but perhaps even more so for low-income children, says first author Sarah Domoff, a researcher at the University of Michigan Center for Human Growth and Development.

That’s because television watching is a risk factor for obesity, and low-income children watch more TV and have higher obesity rates than higher-income peers.

Mothers say that what their children watch on television is more important than how much. To that end, they focus on restricting programming and set time limits only in extreme cases.

The mothers in the study were confident in the programming choices they make for their children and put much thought into appropriate television. This challenges the assumption that low-income mothers experience problems managing their child’s media use, Domoff says.

Positive experiences outweigh negative ones and challenges seem to reflect specific child factors or situational stressors, such as meal or bedtime. Moms also expressed concern about the effect of violent programming, but don’t worry as much about commercials.

“That’s important because we know that exposure to advertisements for fast food or sugar-sweetened beverages has been implicated as a risk factor for child obesity,” Domoff says.

Mothers say their children vary in how much television they want to watch, with some demanding more than others—say, to fall asleep or eat. In cases where mothers worry about a child watching too much, they limit viewing time as well as restricted programming.

Researchers also found that moms enjoy the time they spend sharing quality programming with their children—especially watching their children learn.

“That’s important because for families with fewer resources, watching television was something they valued, and it appeared to be an important activity that they enjoyed,” Domoff says.

Finally, whether a mother allows television during meals depends on her goals. If she views meals as time for talking and family bonding, she doesn’t allow television. However, if meals are viewed strictly as time for children to eat, mothers are more likely to allow television if it helps achieve that goal.

“Meals can be a very stressful time in some households,” Domoff says. “The mother might need to get to a second job on time and need the child to eat quickly. Allowing television during the meal might encourage certain children to eat and help the mother accomplish her goals.”

However, Domoff says that TV use during meals is also a risk factor for obesity, and other strategies to help children eat should be encouraged.

The study appears in the Journal of Children and Media.

The National Institute of Child Health and Human Development, National Center for Advancing Translational Sciences, and American Heart Association provided funding for the research. Additional coauthors of the study are from the University of Michigan and the Manhattan Children’s Center.