Latina Lista: News from the Latinx perspective > Columns & Features > BlogBeat > How one Latina is taking over Vine

How one Latina is taking over Vine 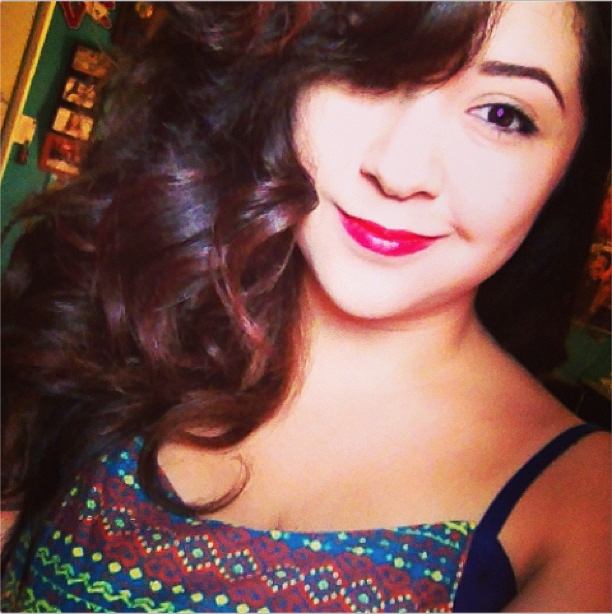 Maya Murillo is a blogger and musician in Arizona who has taken to social media, 6-second video social network Vine in particular, and nurtured an audience. She’s just just over 1,000 followers on Facebook and Twitter, but about 2,500 subscribers on YouTube, 4,500 on Instagram and almost 54,000 on Vine.

She spoke to us about the impact of social media on her life, and her future aspirations. Maya has taken off on the Latin@ blogosphere, spreading across various outlets and forms of social media, bringing with her cheer, craftiness, and an added singing talent.

Más Wired: Where did you begin with your online presence, and why?

Maya Murillo: I started my blog, mayainthemoment.com, when I was 16. I was so in love with YouTube and making videos, so I decided I needed a “home base” for all that. I wanted to inspire teens to be creative and express themselves through music, arts, and blogging. My motto is all about living in the moment.

MW: Did success with social media come naturally, or were there failures?

MM: Social media is a beast! There’s so much pressure to constantly grow numbers, and produce good content. Although, I find that the most time I succeed is when I don’t try to be funny, or try to post something just to get tons of Likes.

MW: How would you define being effective with a social network? Is it a large number of followers? A large amount of interaction between yourself and followers?

MM: It is a good balance of both. I like to engage with my followers so that they don’t think I’m a robot or anything. I think coming across [as] relatable is something that has been really effective.

MW: How did you find a focus in your content? When reading your blog’s description of it’s audience, you have a specific demographic. Did you simply blog about things that interest you and draw like-minded individuals, or do you deliberately curate a demographic?

MW: How did you grow your audience? Was growth something that happened gradually, or was it an overnight phenomenon?

MM: I have been blogging and singing for a while, but nothing really seem to take off until Vine. Once the update that allowed you “revine”, which is basically sharing vines, three of my vines went viral. After I did my first disney vine, it took off. Now that vine has over 100k! I got revined by Drake Bell, Jeremy Passion and other cool people. After I gained a stable vine following, I introduced them to my blog, instagram, twitter and youtube. Everything took off from there!

MW: You’ve been particularly attractive on Vine. Why vine? It seems so restricting with creativity.

MM: I love Vine! It has seriously become my boyfriend/baby/BFF. The amazing thing about it is that you have only SIX seconds to capture someone’s attention. I think it does the opposite of restricting creativity. It really forces you to think outside of the box and be creative.

MW: How do you keep up with all of your social media outlets? YouTube, Tumblr, Pinterest, Blogspot, Vine, and still being able to put out songs on YouTube while going to college? It is overwhelming to think about – nevermind manage! How do you manage to do it?

MM: It’s all about pacing yourself. When you think about it, we’re on the computer or on our phones any chance we get. It’s actually fun for me to update! But sometimes it does get difficult when I run out of things to say, or post. That’s when it gets overwhelming.

MW: What’re you majoring in at college, by the way? Does it play into your social media talents, or music?

MM: I’m a communications major, minoring in Public Relations. I’m learning how to market myself basically, and how to handle certain business propositions if any were to pop up!

MW: Any graduation plans or aspirations?

MM: I’ve already got plans to go to Europe with my family and friends when I graduate! As far as aspirations, I just want to make people laugh and inspire them to live in the moment. I want to travel the world spreading love via song, or laughs via double chins! My ultimate goal is to spread positivity!

Ms. Murillo can be found across the Internet. Her main blog is Mayainthemoment. She also has Twitter, YouTube, Pinterest, and Facebook pages, as well as a special page where she hosts love songs from her Love Songs for a Year series here. You can find Maya on both Instagram and Vine with this handle: @mayainthemoment

Elaine Rita Mendus is a undergraduate student working on graduating college (someday soon). Her career interests include geopolitics, the Hispanic community, and urban planning. She really wouldn’t mind ending up a scriptwriter though.