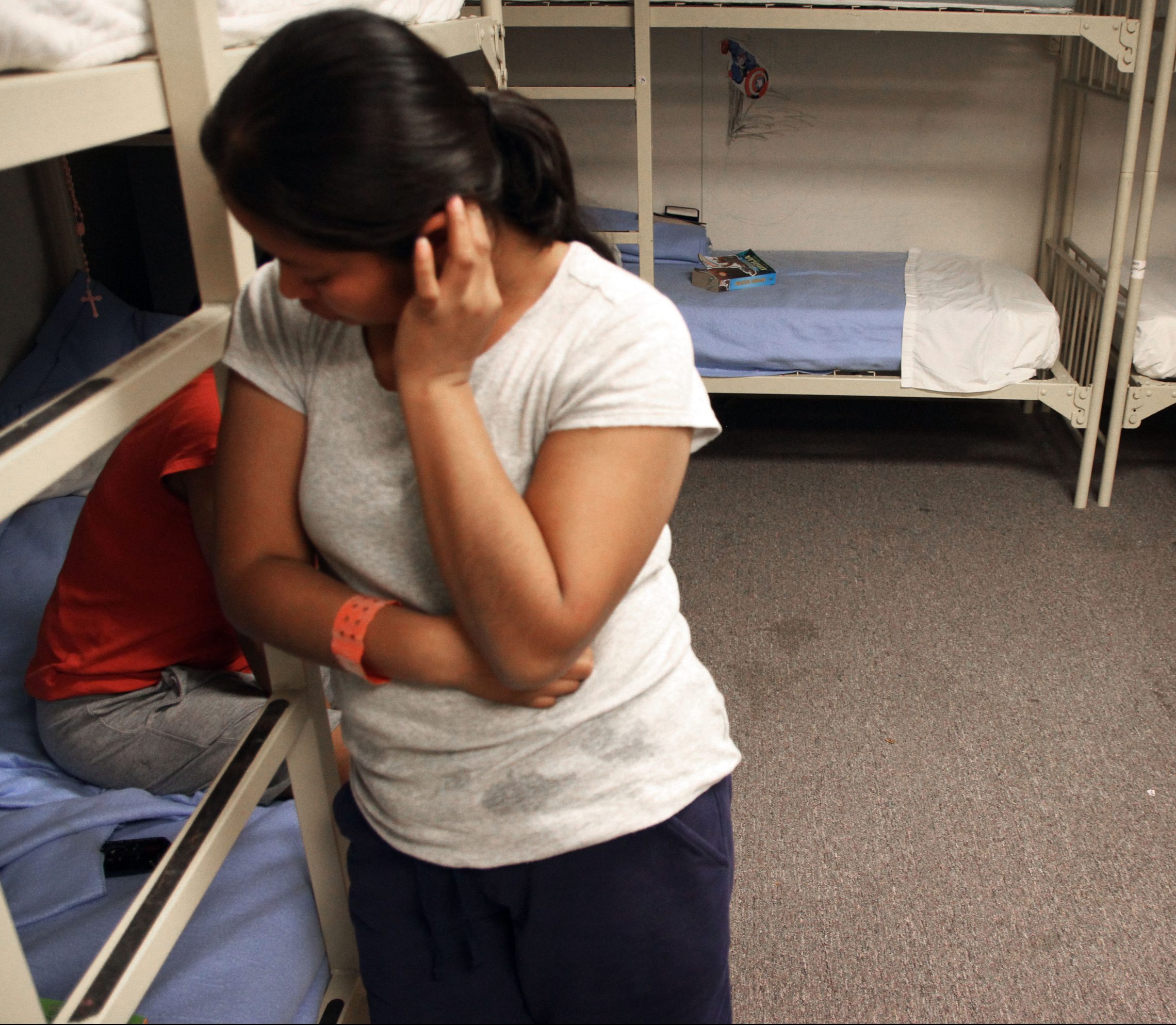 Detention centers that hold immigrant women and their families function like jails and prisons, report researchers. The findings challenge federal officials’ description of the centers as “alternative to detention.”

Women held with their children in such centers are often required to wear orange jumpsuits and are color-coded by a level of threat, according to the research conducted in interviews with attorneys who frequented the detention centers in Pennsylvania and Texas.

“The language used is very neutral, even child- and family-friendly, as if it’s just a holding place, but in fact, that’s not the case at all.”

“The detention of immigrants, especially of Latinos, today is very similar to incarceration in the regular criminal justice system, even though an immigration violation is a civil offense and not a criminal one,” says Cecilia Menjívar, professor of sociology at the University of Kansas. “What immigrants go through in the immigration enforcement system amounts to forms of punishment that are only handed down in criminal cases.”

Menjívar and colleagues presented the study at the American Sociological Association’s 2017 annual meeting in Montreal.

The researchers interviewed lawyers who had access to the detention centers and who also worked with immigrants placed in the Alternative to Detention programs to ask them about the population of the centers, the conditions there, the role of law enforcement, the infrastructure, and an overview of experiences.

The attorneys themselves noted how similar the centers functioned to prison or jail-like institutions despite the Immigration and Customs Enforcement agency often referring to the detention centers as residential centers or campuses.

These centers are often in remote locations, making it difficult for detainees to communicate with their families or to obtain legal assistance, they said. Life there is also highly regimented, and all activities take place in the same location.

Lawyers described the centers as having thick concrete walls, heavy doors monitored by guards, small windows or none at all, metal detectors, high fences, and flood lights that stay on all night. In some cases, several families are held together in one room at a time in several bunk beds and a shared bathroom. Other facilities consisted of several trailers that house the detained women and their children.

“Even though we know how similar those conditions are to prisons, the language that is used to describe those centers is very benign,” says Menjívar, who also co-leads the university’s Center for Migration Research.

“Officials refer, for instance, to the centers as family centers, or they want the centers to be certified as child care centers. The language used is very neutral, even child- and family-friendly, as if it’s just a holding place, but in fact, that’s not the case at all.”

The research points to the inconsistencies of language the government uses and the conditions of the centers.

“On the one hand, this is how policies and programs are presented, but on the other hand this is how they actually work on the ground,” she says. “We’re trying to show the discrepancy between what the official narrative is and the experiences of immigrants who go through these facilities.”

Menjívar says it’s important to study conditions of those going through the immigration enforcement system, especially as the US has sought to ramp up deportations over the past decade and now that the Trump administration has put a heavy emphasis on immigrant detention. Much political rhetoric also focuses on the criminalization of immigration.

The researchers also looked at current practices of immigrant incarceration, focusing on its outsourcing to private corporations running prison or detention facilities. The Department of Homeland Security and Immigration & Customs Enforcement contract with two large companies, CCA and GEO, which run private prisons, to house, detain, surveil, and process immigrants for deportation proceedings, the researchers say.

“This is the expansion of incarceration for people of color,” she says. “We have very high levels of the African-American population placed in prisons, and we also have immigrants, mostly Latinos, who are put in detention centers that really function as prisons. So, both populations end up removed from society through imprisonment. The more immigrants are criminalized through law, the more they are going to end up in this type of incarceration.”

Guest Voz: A forgotten memory until Charlottesville
Comment
An easy way to help the victims of Hurricane Harvey