Immigrants Tune in to Sounds From Home Using Cell Phones 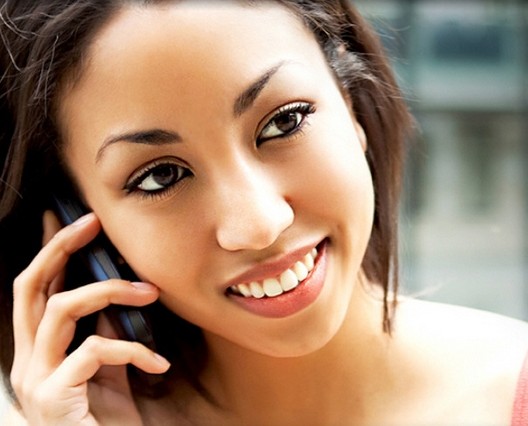 For many immigrants, listening to music from their home countries can be an important way to stay connected to their culture. Inspired by the plight of homesick cab drivers, entrepreneur Baruch Herzfeld created ZenoRadio — a radio program featuring 2,000 different stations from around 30 countries that people can access using a mobile phone. Rachel Bryson-Brockmann at Voices of New York reports on Herzfeld’s inspriation for this project, and why it works.

Herzfeld figured taxi drivers – and other immigrants working in solitary jobs across the country – must be yearning for news and music from their hometowns, but didn’t always have an Internet connection on the job to access it. So he founded ZenoRadio, which allows users to call U.S. phone numbers that play radio stations from around the world for free.

“These immigrants really want to hear something in their own exact accent, not just something similar,” said Herzfeld.

ZenoRadio, which was established in January 2012 and has about 1.2 million users around the U.S., follows the premise that most cell phone users have unlimited minutes, but not all have smartphones or unlimited data. An immigrant longing for a taste of home can call a number with a cheap flip-phone and listen for as long as they want with no extra charge.

ZenoRadio is among the most recent efforts to use mobile phones, which are widely used by immigrant communities, to help people stay connected to their home countries. Last year, Fi2W reporter Abdulai Bah produced a podcast for our radio partner WNYC.

In it, Bah explains how West African immigrants in the U.S. use free conference-call services — like those used in office meetings — to host radio shows that can be dialed into from anywhere in the country.

Through ZenoRadio, Herzfeld has developed a unique business model for a product that allows immigrants and international music enthusiasts alike to access thousands of radio stations virtually free of charge.

Herzfeld has liked exploring different cultures since he was a college student in the Dominican neighborhood of Washington Heights, where he would practice merengue dancing. He carried on his love for languages and cultures with ZenoRadio. He’s also excited about connecting people to home because he knows that these radio stations are often the only way to receive news about what’s really going on in people’s countries of origin.

“Radio still has the most power in many of these countries,” said Herzfeld. “It’s the most dominant form of media.”

ZenoRadio, which has 14 employees in its small office on the fifth floor of a building across from Penn Station, makes a profit because the calls are routed through rural carriers and the company receives a few cents for each call. It also gets revenue through advertisements and investors, said Herzfeld.

Herzfeld said ZenoRadio can be uplifting for immigrants working in isolated or mundane jobs.

“This is making daily life more interesting for them,” said Herzfeld. “I think we singlehandedly made cab drivers more pleasant.”

cell phone, international, radio
Previous Post Delaware bridging the gap to supply healthcare to all — including the undocumented
Next PostThree Latino chefs dish up flavorful twists to traditional Thanksgiving meals