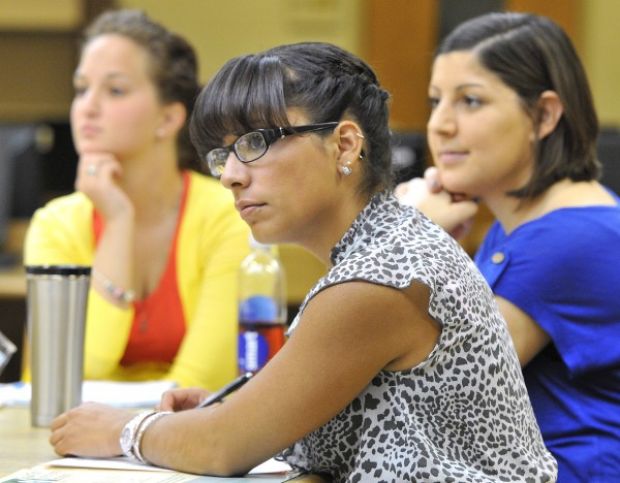 As the Latino population boomed beyond major urban centers and border states, school systems have struggled to keep up with their rapidly changing demographics — even in unexpected places such as Iowa.

“It’s not that we have a diverse candidate pool, and we are only hiring Caucasians,” Superintendent Paul Gausman told the newspaper. “Our candidate pool does not have the diversity we would like to make choices.”

The school district is hoping to build a grow-your-own pipeline by creating an education career cluster that will eventually result in minority graduates of the district who one day return to teach. I’m curious if they also will try tactics such as recruiting teachers from more diverse states, such as Texas or California.

In another reflection of the district’s growing diversity, the newspaper reported that the school board recently decided to prioritize lobbying efforts in the Iowa Legislature regarding English Language Learners. In particular, they’d like better funding for instructional programs for ELLs.

Previous Post Harlista: The coming of age of the Hispanic Harley rider
Next PostChilean non-profits band together to bring 'Power to the People'

Harlista: The coming of age of the Hispanic Harley rider
Comment
Chilean non-profits band together to bring 'Power to the People'