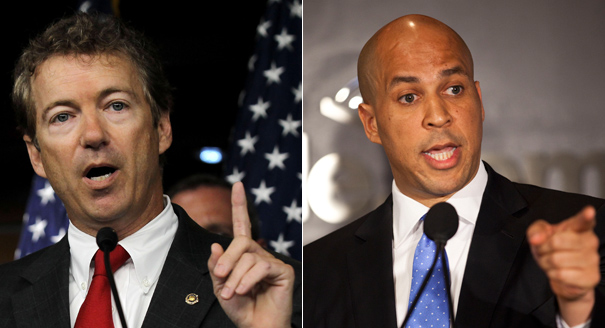 Two first-term senators from opposite sides of the aisle introduced legislation Tuesday banning the use of juvenile solitary confinement in federal facilities, along with several other reforms that would impact juveniles offenders, The Washington Post reports.

“The REDEEM Act will ensure that our tax dollars are being used in smarter, more productive ways,” Booker said in a news release. “It will also establish much-needed sensible reforms that keep kids out of the adult correctional system, protect their privacy so a youthful mistake can remain a youthful mistake, and help make it less likely that low-level adult offenders reoffend.”

The proposal encourages states to raise the age in which juveniles can tried as adults to 18. States implementing this reform would be given preference when applying for federal community policing grants.

Booker and Paul also proposed that the records of juveniles who commit nonviolent crimes be sealed or expunged depending on the youth’s age when the crime was committed.

“The biggest impediment to civil rights and employment in our country is a criminal record,” Paul said. “Our current system is broken and has trapped tens of thousands of young men and women in a cycle of poverty and incarceration.”

According to Politico, the bill, which also includes a number of reforms to the criminal justice system, is unlikely to advance this year.

Financial supporters of The JJIE may be quoted or mentioned in our stories. They may also be the subjects of our stories.