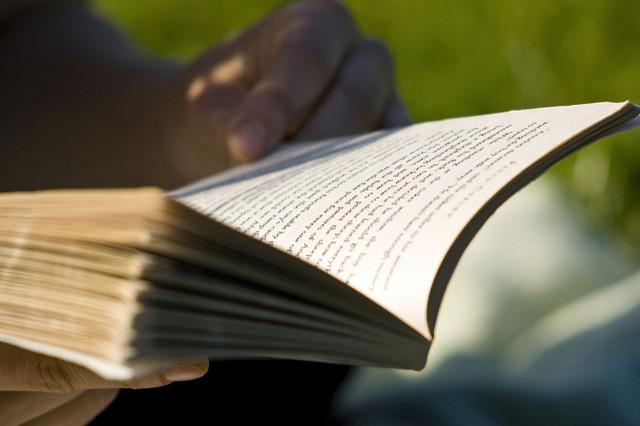 By offering cash prizes to Latino and black boys who read books, a retired Los Angeles school teacher is hoping to improve educational outcomes for these groups – one book at a time.

The program, called “Black and Latino Men Read,” was featured in the Los Angeles Times Friday. Developed by retired teacher and community college professor Beverly Tate, the program asks high school-aged participants to read a book of their choice, write an essay and submit a picture of them reading, with first, second and third prizes of $500, $300 and $175 up for grabs.

“We tend to push sports and other activities among young boys, but we don’t push reading,” Tate told the Times. The hope is that through the contest, Latino and black males — who fall behind at disproportionate rates – will establish a pattern of reading and become more engaged in learning. The program has targeted males at the high school and college levels so far and hopes to expand to the middle and elementary school levels.

This story came out just as the Obama administration released a positive report at the two-year mark of its federal My Brother’s Keeper initiative, which also seeks to improve educational outcomes for young men of color.

While the dropout rate for Hispanic and black youth has improved in recent years – and most dramatically for Hispanics more than any other subgroup — 10.6 percent of 16 to 24-year-old Hispanics and 7.3 percent of blacks had dropped out of school in 2014, compared with 5.2 percent of their white peers, and 1.1 percent of Asians. Of the students who dropped out, 55 percent were males, according to a Child Trends Hispanic Institute analysis of U.S. Census Bureau data.

That’s where “a program like [Tate’s] has incredible value,” University of California, Irvine Center for Educational Partnerships Director Stephanie Reyes-Tuccio told the Times.

In her years of teaching English in the Los Angeles Unified School District, Tate found that boys seemed to dislike reading, until they were allowed to choose a book for themselves. For the contest, award-winning choices included “The Martian” about a botanist-turned-astronaut who survives alone on Mars, and “Street Life: Poverty, Gangs and Ph.D.,” a University of California, Santa Barbara professor’s journey from the hood to becoming a sociologist.