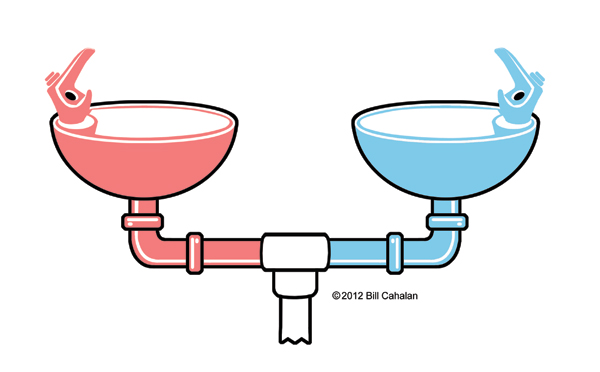 Living around people with opposing political viewpoints may affect a person’s ability to form close relationships and accept other perspectives, a national study finds. It might also affect personality.

The research also could help explain why so many Americans are moving to areas that suit them politically, further segregating the nation into “red” and “blue” states, says William Chopik, an assistant professor of psychology at Michigan State University.

And while living among folks of common ideology may reduce conflict and promote individual well-being, it also could be stifling healthy political discourse, says Chopik, who was named one of Forbes’ “30 Under 30” for Science in 2016.

“You might be happier if you’re a conservative and you move to a stereotypical conservative place, or a liberal to a liberal one, but maybe that’s one of the reasons we see all the deadlock and polarization along party lines,” Chopik says. “If you never live among people you disagree with, how does compromise happen?”

The study, published online in the journal Social Psychological and Personality Science, examines national survey data of 19,162 people. The researchers looked at participants’ political orientation, ideological climate, and personality measures such as anxiety and avoidance (survey items include “I try to avoid getting too close to others” and “I sometimes try to understand my friends better by imagining how things look from their perspective”).

Living among politically dissimilar others, the study found, had a psychological effect on people. These political “misfits” had difficulty depending on and accepting the viewpoints of others. Further, rather than assimilate or alter their dispositions to be more similar to their neighbors, they withdrew from relationships.

“Because living among politically dissimilar others is associated with a reduced sense of belonging, ideological misfits may feel as though they cannot reliably depend on the people around them,” write Chopik and coauthor Matt Motyl, assistant professor of psychology at the University of Illinois at Chicago.

“Obviously, Trump supporters exist, and Clinton supporters exist, but people are choosing an environment where the other side doesn’t exist,” Chopik says. “As people continue segregating themselves into geographic areas according to political ideology, it’s important to understand the psychological states of the individuals living in these discordant communities.”