Latinas are vital to startup success

A recent analysis of 20,000 venture-backed companies in the U.S. from 1997 to 2011 found that, when women are in senior positions, companies tend to do better. An article in Business Week noted: 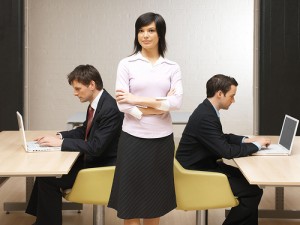 They had more than twice as many women in top jobs like C-level managers, vice presidents, and board members than their unsuccessful counterparts did.

Companies that went public, were acquired, or turned profitable were defined as “successful”…At successful companies, the median share of female executives was 7.1 percent, compared with 3.1 percent at unsuccessful firms.

This is particularly interesting given a few of our recent pieces.

First, it appears that professors in universities don’t think women are as capable as men, which means the “pipeline issue” is a problem before women even graduate college and have the chance to work in a startup.

Secondly, as we discussed recently, Latina students in STEM or tech-related fields face a double barrier of not only sexism, but racism, so there are even fewer likely to make it through to the professional world.

Diversity of gender is important, but in a country with such rapidly changing demographics, without Latinos startups are going to be hurting. Hopefully more startups start turning their gaze to less “traditional” communities when they get going — or even better — that more Latinos and Latinas will launch their own startups.