When he was young, filmmaker Miguel Ferrer didn’t know that making movies was a career. Although at the time he was, writing, directing and editing videos VHS to VHS in Miami, it was not until he was much older, once he got to college, that he realized he could make movies for a living. And he’s been making movies ever since. 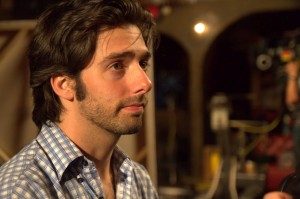 “Nobody ever told me that you could actually be a filmmaker as a career,” Ferrer said. “In 2004 my mom and dad gave me a videocamera and I started making shorts. It was definitely something that opened my eyes, I love doing this, and it has a grand scope, it can really reach people.”

Ferrer is set to launch a Kickstarter campaign to raise funds for one of his dream projects — a fan made X-Men film revolving around the villain Apocalypse which he says fans have been waiting to see for a long time. What’s more, he says the themes of freedom of prejudice and escaping oppression will resonate with non-X-Men fans, too.

A year after he began making shorts, Ferrer transferred to a different college to study film. As an independent filmmaker in Miami, and later Los Angeles, the Caracas, Venezuela native spent the ensuing years learning the top-to-bottom skills needed to produce movies, and has been directing for the past two years.

But now, he says he’s ready for the next step.

“It’s time to employ all the skills that I have learned to do something that I have been thinking about for seven years — which is to direct an X-Men film,” he said.

“Rise” is a film with three interlocking scenes based on X-Men comic books, Ferrer explained. The story revolves around a “heavily under-utilized characters.” The Kickstarter campaign begins on July 11 and will run until August 18. For more information about the project visit the website.

While he says X-Men fans have been waiting to see these story arcs for a long time, Ferrer insists that non-fans will enjoy and take away a lot from “Rise.”

“The themes behind the characters and story arc transcend the genre. It’s about people wanting freedom, hope, about a group of people that are oppressed,” he explained. In a sense, this is a film that has strong ties to his own life, he said, to the lives of many Latinos in the U.S.