Latina Lista: News from the Latinx perspective > Columns & Features > BlogBeat > How do Latino startups get funded?

How do Latino startups get funded? 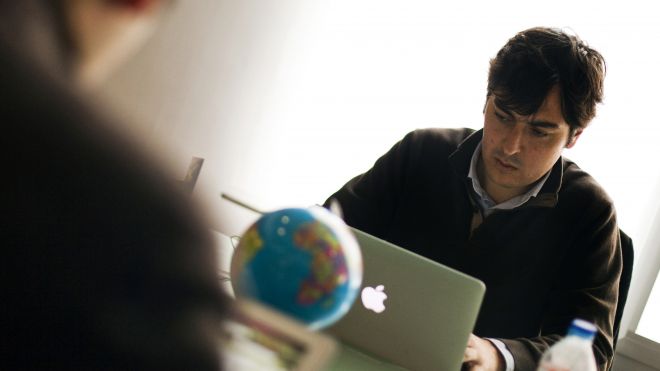 Latino entrepreneurs aren’t pitching to venture capitalists in large numbers, but that’s only part of the story of how startups run by Latinos receive funding. The story starts with bootstrapping, continues with friends and family, and ends in front of VCs and angel investors.

Latino startups miss out on a few rounds of funding by the time they get in front of venture capitalists (VC), which makes it even more important for Latino entrepreneurs to pitch and get into the VC game. We spoke to Rebecca Gonzales, assistant executive director at Avinde, a startup accelerator for women in Austin, Texas.

Gonzales makes the point that entrepreneurs often bootstrap their companies (first round of funding) before going to their network, the “friends, family and fools” round (second round), before they actually go to VCs or angel investors.

“Because the Latino community generally doesn’t have access to wealth, the first two rounds of traditional funding are hard to come by. This also extends to our friends and family, so that additional round of both funding and feedback is not available,” Gonzales said.

“So by the time we get in front on potential angel investors we are starting two steps behind our contemporaries that don’t face a lot of the same challenges Latino entrepreneurs have,” she added.

We asked her a few more questions, please read, enjoy and share this story!

MW: How many Latino startups get funded?

RG: The same study states only 15% get funded compared to 22% of all businesses that pitch.

MW: How many Latinos pitch to VCs?

RG: According to a report last year by the Kauffman Foundation, Latinos accounted for 19% of total new entrepreneurs (400 out of every 100,000) and the number of Latino entrepreneurs nearly doubled from 1996 to 2012. And, adding to the difficulty, 99% of these businesses are small businesses that generally do not qualify for VC funding.

It’s difficult to find actual numbers of Latinos actually pitching [to VCs]. There are studies about minorities in general seeking funding from angel investors. According to a study of the angel market by the University of New Hampshire (Center for Venture Research), minority entrepreneurs made up only 8.5% of people pitching.

MW: Are Latinas more successful at pitching than Latinos?

RG: I haven’t seen any concrete evidence for either case. I would say women in generally account for a smaller number of entrepreneurs and in tech less that 1% of employees are Latinas. The irony is all women (not only Latinas) do better when they pitch, with an average of 24% of women getting funded when they do pitch angel investors. And a Dow Jones study done in 2012 reported that 61% startups that have five or more women employed are successful.

MW: What are 3 suggestions you have for allowing more Latino startups to pitch or get funded?

RG: First, we have to promote entrepreneurship to young Latinos and Latinas in the form of scalable businesses before they go to college. By increasing the numbers of Latinos getting into the field, we can grow the numbers pitching and getting funded. I believe that is the only way to create wealth in the community.

Second, we need to get more minority investors in the market. There are people of wealth in our communities and we need to work with them to support our minority entrepreneurs.

Third, if you are an entrepreneur just do it! Get out there and pitch. As Natalia Noguera from the Pipeline Fellowship says, pitching isn’t a zero sum game. It’s not win or lose, each time you pitch, you may not get money, but you will always learn something.

MW: A recent study found that attractive white males are the most likely to be funded, how does this affect Latino startups?

RG: It’s no surprise to me that attractive white males get more of the funding. When the investors themselves are white males it shouldn’t surprise anyone that they would fund the entrepreneurs they feel reflect themselves. This is the kind of bias that bringing more diversity to the table can help solve.