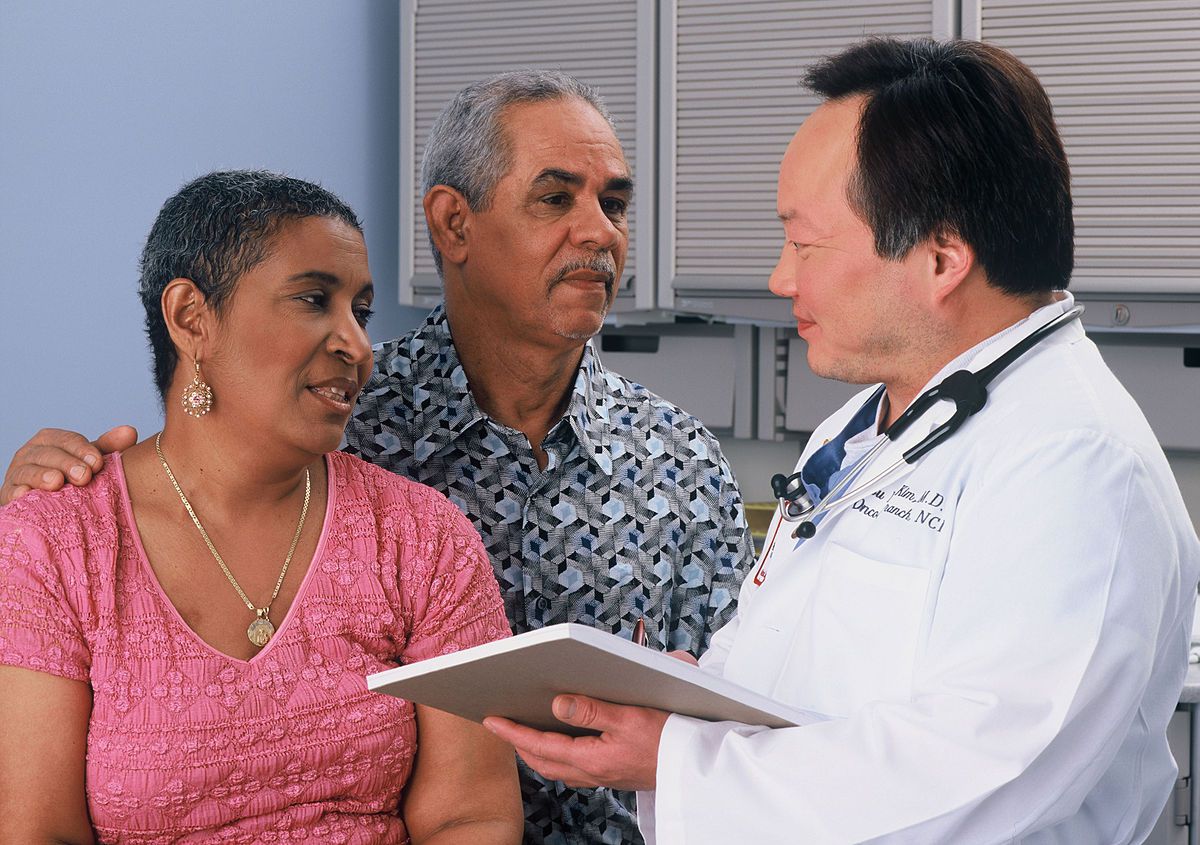 By Mariaelena Gonzalez
The Conversation

When considering Latinos, educators often struggle with how to close the achievement gap. That gap is often defined as a disparity in academic success between native English speakers and those for whom Spanish was their first language.

Health communicators have gaps of their own to address: digital divides. These exist both between English- and Spanish-speaking Latinos, and between non-Hispanic whites and Latinos.

The internet has become ubiquitous in our lives. Being online in modern life is so critical that a recent United States court ruling affirmed that the internet should be considered a utility. A United Nations Special Rapporteur report noted that internet access was an “indispensable tool for realizing a range of human rights.” It argued that nation-states should make universal access a priority.

This rapid spread of patient portals has been encouraged by the Electronic Health Record Incentive Program established by the Health Information Technology for Economic and Clinical Health Act. This requiresparticipating health care providers to provide patients with online access to medical records.

Because this technology is being rapidly adopted, we risk leaving behind those who do not routinely use the internet, or those who lack a reliable internet connection. As a researcher of health disparities in California, my team and I found that we might be leaving large swaths of our Latino populations behind.

This is important because our research indicates that this shift to online interactions may be leaving behind the largest ethnic group in California, as Latinos now outnumber non-Hispanic whites in the Golden State.

Leaving Latinos on the wrong side of the digital divide will affect not only California’s health systems, but, as the internet becomes more ingrained in our daily tasks, its economy as well. The same could be true for other states, too.

Latinos represent 17 percent of the population of the U.S., or about one in six. As health care costs continue to rise, it is important to consider ways to help people stay healthy and to get treatment quickly when they need it. Online portals are part of that strategy.

My colleagues and I (located at the University of California, Merced, California State University, Stanislaus, and Michigan State University) looked at how Latinos in California used the internet for health information in a recent study published in the Journal of Medical Internet Research.

This leads us to a crucial issue. We can put all the information we want online, but if significant proportions of our population are not reading that information, or even using the internet, our efforts are far less effective than we believe.

Latinos on wrong side of the digital divide

It might be tempting to argue that the difference in internet use between Latinos and whites is strictly due to lack of internet use by Latino immigrants. Our research, however, suggests that Latinos born inside and outside the United States were equally likely to report having used the internet.

Our findings are consistent with Pew Research Center findings that the digital divide between English- and Spanish- speaking Latinos is narrowing in the United States.

That said, our research shows Latinos born in the United States are more likely to use the internet to look for health information. They also are more confident in filling out online forms than Latinos born in other countries. But, our findings that U.S.-born and immigrant Latinos are equally likely to report having used the internet at all indicates inherent disparities.

Thus, our findings suggest that the mere implementation of Spanish language portals will not address the disparities in internet use between Latinos and whites. The divide is structural, and may lie with access to the internet itself, and the device used to access the internet.

A recent Pew Research Center report documents that while Latino internet use rose between 2010-2015, there remains a persistent gap between the percentage of Latinos and whites using the internet. Additionally, this survey shows that there was little change in the percentage of Latinos with home broadband subscriptions between 2010 and 2015. While Pew surveys have found that more Latinos are accessing the internet, 23 percent of Latinos online are smartphone-dependent, with their only access point being a mobile devices and accompanying data plan (to place this number in context, only 10 percent of whites reported being smartphone-dependent). Individuals who use smartphones to access the internet face slow download speeds, limited or capped bandwidth and small screen sizes. Users can find that accessing online forms, such as job applications, is challenging. Furthermore, a recent study shows 48 percent of individuals who rely only on smartphones to access the internet have had to cancel or suspend their cellphone service due to finances.

The internet is an increasingly important resource to find health information. In fact, a 2013 survey shows that 59 percent of Americans reported searching for health information in the last year. The persistent Latino-white gap in internet use, and the fact that almost a quarter of Latino internet users are smartphone-dependent, poses a challenge to promoting online portal use among this population.

In addition, our research found that Latinos who were elderly, less educated and low-income – groups that generally experience the worst health – were less likely to use the internet to find such information even when it was accessible to them.

California’s problems are a lesson for the U.S.

California has a long history of public health outreach to the Latino community. If we see these online disparities in California, it’s probable that such disparities also exist in the rest of the United States.

In the United States, as government and health care organizations increasingly move to interacting with the public through online portals, we need to be aware that this shift may leave Latinos, particularly immigrant Latinos, behind.

We also need to ensure good-quality health information and online portals are accessible to the elderly, the less well-educated and the poor.

Mariaelena Gonzalez is Assistant Professor of Public Health at the University of California, Merced.