Latinos have always cared about the environment — Now it’s time to Act! 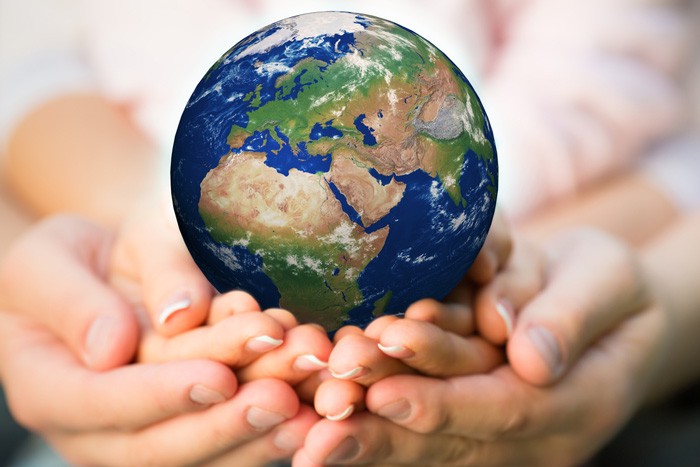 As a hard-working single mother of a five year old, I am deeply concerned by environmental issues that impact my daughter’s well-being, such as carbon pollution. The damage we have caused our planet is worrisome for future generations. We need to make significant changes to help slow down the climate crisis for our children and their children.

I care about strong environmental policies, not because they address issues that will help guide my political inclinations, but because they closely impact the quality of life for my family and loved ones. Those voting against regulations that protect the planet, in essence, are voting against our families.

A recent national poll conducted among Latino voters by Latino Decisions for Earthjustice and GreenLatinos, found that Latinos care deeply about issues that impact the environment, including climate change, carbon pollution, development of renewable energy sources, and strong policies to clean up our waterways and air, conserve water, and prevent toxic contamination in our communities. Additionally, these same groups fielded a survey of Latino voter attitudes in late June and July 2015, which shows that Latinos see climate change as a consequence of human activity at higher percentages than other Americans.

These poll findings help shed light on the important role Latinos can play in the environmental justice movement — and the fact that Latinos are not mono-issue voters. We care equally about issues that affect the quality of life of our families.

However, these findings do not uncover anything new or groundbreaking. The fact of the matter is that Latinos have always cared about the environment, not as a political issue, but as a moral and personal issue.

We Latinos get it. We know environmental issues are important. Our communities have experienced firsthand the effects of pollution and toxic exposure – leading to high cancer incidence rates, asthma, miscarriage, and in some cases even death. This is thanks to the greed of some power industries willing to put profits over people – especially in low-income communities of color.

In the late 1990’s, during my early years in junior high, I remember getting sent home with a packet of information addressed to my parents. When I asked my mom what was going on she said the explanation in the handouts was convoluted, all in English. So all she was able to make out was that in a few days all students from Suva Intermediate in Bell Gardens, California, would be bused to a nearby alternate campus a few miles away.

Some teachers and school administrators scrambled for paperwork, other teachers simply decided to quit, and many parents pulled their kids out of the school. My mom speculated that perhaps they would be renovating the campus, and in the meantime, we’d go to this alternate campus.

I distinctly remember my mom having a conversation with the neighbors — they shared what a friend of a friend had shared with them – that the school had taken immediate steps to evacuate the campus because environmental impact studies concluded that our school was sitting right in the middle of a toxic zone. The neighbors shared that they had heard about the death of a teenage boy due to toxic exposure. And there were many other cases of kids and families residing in the surrounding areas that were diagnosed with cancer and chronic health issues.

I never thought much about the issue or the incidents that transpired until I took an Ethnic Studies course in college focusing on environmental injustice case studies. There I quickly came across a footnote that referenced the “chromium plant case” in Bell Gardens.

As I began to research, I realized that what happened 10 years prior had far more devastating consequences – Suva Intermediate had been sitting in between two chrome plating plants that spew hexavalent chromium (a known carcinogen).

Many in our community, believed this chromium exposure was to blame for the death of 14-year-old Alex Perales. Sadly, I cannot say for certain that Alex’s parents and others affected by the environmental impact of these industrial plants ever received justice or compensation. Clearly, our poor and largely immigrant community had fallen victims to environmental discrimination and insufficient information to take action to protect our community environment.

Environmental discrimination has existed in our communities for decades. In some of the most poor, vulnerable, and powerless communities, parents have been organizing around incidents of environmental crisis. Latinos have always cared about environmental issues. But for many years we were not brought into the conversation, and there was very little effort made to engage us in the environmental justice movement. Our communities have been the first to be impacted by climate change.

Now is the time to take action. For my daughter, for your children, and for future generations — Please join me and the Moms Clean Air Force for standing up for the strongest environmental policies.

asthma, environment, EPA, featured, Latinos, pollution
Previous Post In search of the great New Mexico chile pepper
Next PostVideo: Film about young Latino trying to prove innocence may "strike" too close to home for some

In search of the great New Mexico chile pepper
Comment
Video: Film about young Latino trying to prove innocence may "strike" too close to home for some