Why Latinos really do care about climate change 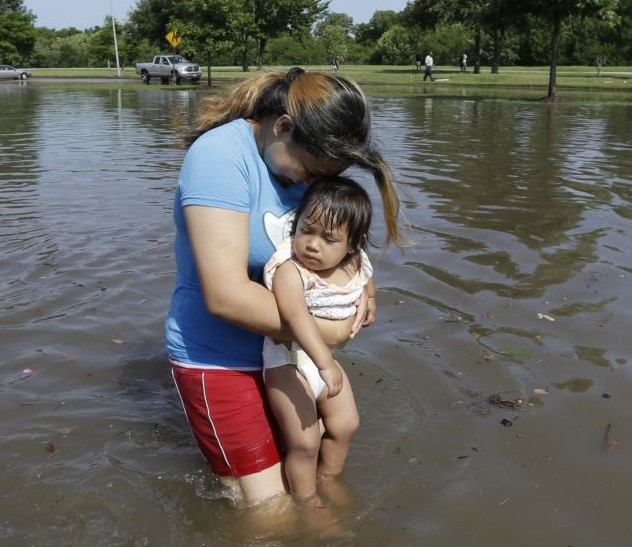 While the Latino community certainly focuses on policy issues such as comprehensive immigration reform and unemployment, we also care deeply about the environmental issues, especially how pollution and toxic waste makes its way into our communities.

There has been a widespread misconception that Latinos don’t hold environmental issues high on their policy priority list. Yet, Latino communities are more likely to live in sacrifice zones like the ones I’ve mentioned in these previous posts.

According to the report “The Verde Paper”, Latino communities are usually ground zero for environmental issues. (Tweet this)

“Many live in the shadow of dirty power plants and other existing and proposed industrial developments,” the report notes. According to the report, “Latinos and other communities of color have been on the front lines of fossil fuel pollution for decades and now our neighborhoods are among the most vulnerable to climate disruption and extreme weather.”

In 2015, The New York Times, Stanford University and Resources for the Future conducted a poll on various issues such as global warming. It found among respondents, Hispanics were more likely to see global warming as a problem that affects their lives more than non-Hispanic whites.

Another poll conducted by GreenLatinos and Earthjustice found:

How are Latinos solving environmental issues?

In some ways, we are taking action into our own hands.

Aside from the existing environmental organizations where Latinos play a leadership role both locally and nationally, there have also been multiple organizations created to address our concerns for the environment, including GreenLatinos, which is a coalition of Latino leaders who address issues like the preservation of natural resources, conservation, and the environment. Azul was launched to empower Latinos to start thinking about marine conservation and how issues ranging from plastic pollution to national ocean policy affect our community.

The report also says many Latino leaders in conservation efforts aren’t as visible as their white counterparts. Without Latino leaders speaking up or becoming prominent figures in leading the charge on these issues for our community, we enter a cycle where it may seem as if we aren’t engaged, but the exact opposite is true.