Learning to Code, Then Sharing the Lessons 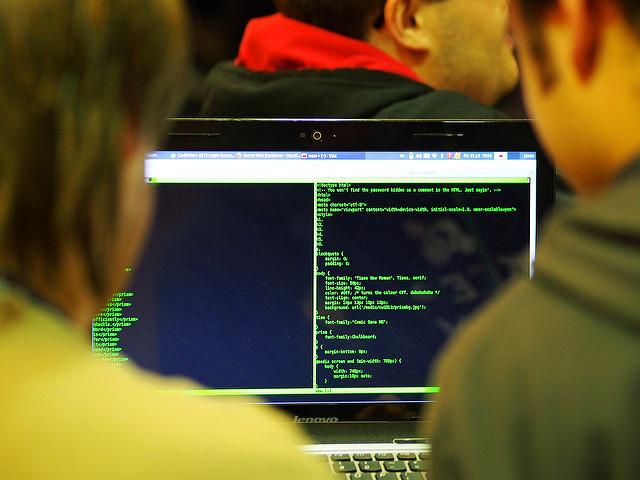 Aiming to solve a diversity problem in Silicon Valley, the Hispanic Heritage Foundation is training the next generation of Latino coders — and teaching them to teach others.

“The thought that the tech industry can’t find Latino programmers leads to the notion that there aren’t any Latino programmers and the next thought will be that Latinos aren’t capable, which is absolutely not true – and we want to prove it,” the foundation’s President and CEO Jose Antonio Tijerino, said in a news releasepromoting a LOFT (Latinos On Fast Track) Coder Summit at Stanford University on Saturday.

He added, “Seeing a Latino programmer shouldn’t be akin to seeing a unicorn.”

But in some cases, it may feel that way for Latinos in the technology fields. At Google, for example, Hispanic employees make up only 3 percent of the company’s workforce, a figure reported in the tech giant’s first release of employee demographics in 2014 that remained unchanged a year later. At Apple, the percentage of Hispanic employees was 11.7 percent in 2015 — up slightly from 11.5 in 2014. Still, 72 percent of its executives are white men.

Technology companies have said the predominantly white, male workforce is a result of a lack of minority applicants for positions in the industry. But, as USA Today has reported, top universities produce Hispanic and black computer science and computer engineering graduates at twice the rate that leading technology companies hire them.

In an effort to turn around the statistics, the Hispanic Heritage Foundation is holding summits like the one at Stanford across the country for professional programmers and students — about 40 percent of them women – giving them a chance to attend workshops and network with other Latinos and Latinas in the field.

The Washington, D.C.-based foundation, established by the White House in 1987, is also mobilizing a team of fellows who attend the summits to teach coding in underserved school districts in 20 U.S. regions and inspire youth to pursue careers in the industry through the Code as a Second Language initiative, NBC News reports.

Though there will be more than 2 million vacant jobs in technology fields over the next five years, only 10 percent of schools teach coding, according to the foundation’s website. This initiative aims to bridge that gap by sending fellows into elementary, middle and high schools to teach eight sessions of coding courses, with certifications granted upon completion.

Participating students are connected with peers and mentors through the larger LOFT initiative, as well as networking opportunities that could lead to future internships and full-time jobs in the industry.