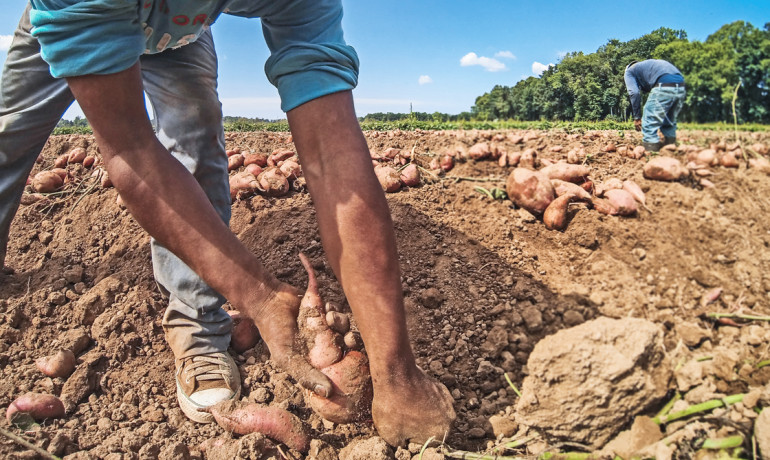 Federal agencies responsible for tracking workplace hazards fail to report 77 percent of the injuries and illnesses suffered by US agricultural workers and farmers.

Researchers say the findings greatly reduce the chance that safety and health risks will be corrected.

“Whatever anyone might have assumed about gaps in government statistics for agriculture, our study shows that the problem is actually about three times bigger than previously suspected,” says J. Paul Leigh, professor of public health sciences at University of California, Davis.

Leigh says the primary reasons for the discrepancy are the government’s focus on mid- to large-sized farming enterprises, which represent less than 50 percent of employment in the agricultural industry, along with the part-time nature of farm work and undisclosed information about injuries.

Published in the journal Annals of Epidemiology, the study combines data for 2011 on nonfatal work-related injuries and illnesses in agriculture, such as chemical exposures and musculoskeletal injuries, from a variety of sources, including the Bureau of Labor Statistics databanks for the Survey of Occupational Injuries and Illnesses (SOII), the National Agricultural Workers Survey, Quarterly Census of Employment and Wages, and Current Population Survey.

The sources encompass a range of farming environments, including corporate farms, self-employed, family-owned, and small farms. Researchers adjusted the figures based on well-established estimates of underreporting of workplace injuries and illnesses from research literature.

The team estimated 74,932 injuries and illnesses for crop farms and 68,504 for animal farms, totaling 143,436 cases. They also estimated that the SOII—the government’s premier source for tracking workplace nonfatal injuries and illnesses—alone missed 73.7 percent of crop farm cases and 81.9 percent of animal farm cases, for an average of 77.6 percent for all agriculture.

BEYOND THE FARM
The new study is believed to be the first to estimate 34 percent as the contribution of farmers and unpaid family workers to the total number of nonfatal injuries and illnesses.

“Our analysis used a combination of datasets along with reliable ratios to arrive at a more reasonable and accurate assessment than any single government resource can provide,” Leigh says. “The data also include all farming enterprises, rather than just those with 11 or more employees.”

Undercounting workplace injuries and illnesses affects society as a whole, since the costs tend to be shifted to government social programs or charity care. It also limits the ability to identify areas where safety and prevention efforts should focus.

“Agriculture is a major driver of economic wealth as well as one of the most hazardous employment environments in the nation,” Leigh says. “It could be an even more powerful economic force if we accurately counted and addressed the causes of harm to agricultural workers and farmers.”

The National Institute for Occupational Safety and Health provided funding for the study, to which researchers from Old Dominion University contributed.

accidents, farm workers, reporting
Previous Post Video: Remembering that no wave of immigrants had an easy welcome
Next PostDeath, Child Deportation Continue on the Migrant Trail

Video: Remembering that no wave of immigrants had an easy welcome
Comment
Death, Child Deportation Continue on the Migrant Trail