Making climate change part of the school curriculum, an interview with Bill Bigelow of rethinking schools 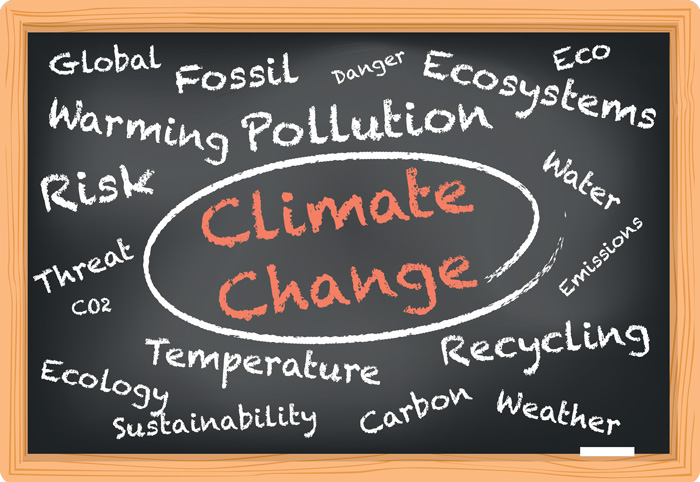 It can be a confusing time to be a kid. People on the TV, internet, and radio say conflicting things — about climate change — with seriousness and determination. How hard to tell truth from fiction!

We know that scientists agree that human caused climate change is real, and it is hurting people and ecosystems across the globe.

How can we help students understand this complex issue, and inspire them to work toward creative solutions?

Here at Moms Clean Air Force we are asked how teachers and parents can make sure climate education is part of the curriculum. We were excited to hear about Portland, Oregon’s school board climate justice resolution which “abandoned the use of any adopted text material that is found to express doubt about the severity of the climate crisis or its root in human activities,” and called for all schools to teach a “climate justice” curriculum.

We wanted to know more, so we reached out to Bill Bigelow curriculum editor of Rethinking Schools magazine. Rethinking Schools has been distributing “seed packets” to parents, teachers, and activists around the country, which include a copy of Portland’s school climate resolution, lesson resources, and excerpts from the Rethinking Schools book, A People’s Curriculum for the Earth: Teaching Climate Change and the Environmental Crisis.

Moms Clean Air Force: Amazing progress in Portland and with the National Education Association, Bill. Why do you think climate education is being supported now? What was the tipping point for Portland?

Bill Bigelow: The resolution in Portland grew out of a workshop that Tim Swinehart and I led on our book for climate justice activists in Portland. People were shocked when we shared with them Portland’s “official” curriculum on climate change, which not only is very puny, but even doubts that it is happening. “Not all scientists agree with the theory of the greenhouse effect,” one current social studies text says. Climate activists had recently organized to get the city council to pass an excellent resolution opposing any expansion of fossil fuel infrastructure in Portland, and so we had the idea to get the school board to pass a resolution acknowledging that climate change is real, is human-caused, is serious, and that it’s urgent that we teach about it across the curriculum.

I suppose you could say that the tipping point was the gulf between what we know about the climate crisis and what the school curriculum included. It had become too huge to ignore. I think that’s true across the country.

What has the reaction been to the Portland resolution?

The resolution in Portland was passed with the support of more than 30 community, education, and environmental justice organizations. So for many people the reaction was jubilation that the school board would unanimously pass this measure. On the other hand, the right wing and climate denial crowd around the country recognized immediately that this was something that could catch on in other communities, and they attacked it as censorship, mocked the idea of “climate justice,” and tried to discredit some of us who led the initiative. We were gratified that the country’s largest teachers union, the National Education Association, endorsed the Portland resolution and urged members across the country to organize to get their own climate literacy resolutions passed. We also had wonderful support from parents, and Climate Parents, which organized a MoveOn petition drive to thank the Portland school board for passing such an important resolution.

Are you seeing more schools, parents, and teachers taking an interest in climate education for students?

Yes. I’ve heard from people all over the country about the Portland climate resolution. And the NEA resolution was introduced not just by Portland teachers but also people in Washington, California, Wisconsin, and North Carolina. Rethinking Schools received a small grant to send out “seed packets” to teachers, parents, climate activists and others interested in sponsoring a resolution similar to Portland’s. We have sent these out to teachers and parents across the country.

How can parents and teachers best advocate for climate education in their school systems and states?

The first thing is for concerned parents, teachers, and community members to come together and begin talking about the character of climate education being offered in one’s school district. What curriculum material is in use? Look at the relevant textbooks. As I mentioned, our group in Portland began with a workshop around the book A People’s Curriculum for the Earth, to give people a sense about what we mean by “climate justice” — i.e., that the curriculum needs to feature the voices of people from “frontline” communities, the ones hardest hit by the climate crisis; we need to be exploring the deep social roots of the climate crisis, and we need a curriculum of hope — to put kids in touch with activists who are working for a fossil-free future.

And the kids! How can students take on a leadership role in climate education in the classroom and beyond?

From the very first meeting in Portland, we had students involved in our work — middle and high school students. Some came from Sunnyside Environmental School, a public K-8 school in Portland that focuses its curriculum on environmental awareness. Sunnyside has sponsored annual teach-ins on climate change, on energy issues. This is how students come to take on a leadership role in this: They participate in a curriculum that equips them to understand the enormity of the climate crisis, and  also highlights people all around the world who are acting to address it. My experience is that young people want meaningful work, they want to make a difference. But they need to be engaged in an environmental justice curriculum that invites them to be part of the solution.

What is your sense about the future of climate education and action in our country?

That’s a big question. There is such an enormous gap between students’ need to understand the science and social forces underlying the climate crisis and what schools are teaching about it. This is where outside pressure becomes so important. What happens — or doesn’t happen — in schools is of concern to all of us. Environmental organizations, parents, community activists, educators, and students need to band together to demand that school districts get rid of biased, climate denying materials, and launch a process of robust professional development and curriculum creation so that students see clearly what’s at stake and the urgency this issue deserves. Our group in Portland is a good example of the good things that can happen when even a small group of parents, teachers, activists, and students starts to organize and demand change.

Are there climate curriculum models for other districts. What other schools are leading the way?

Portland is the furthest along, and we have only just begun. As a result of the passage of the climate justice resolution, we have begun meeting with the Portland Public Schools administration about the implementation of the resolution. This fall we’ll be sponsoring workshops for teachers with Kathy Jetnil-Kijiner, a remarkable poet from the Marshall Islands, who gives voice to people who are some of the most vulnerable to the devastating impact of climate change. We will also be conducting a full review of text materials to evaluate these for bias and how adequately they address the human causes of the climate crisis, and its severity. Our Northwest Teaching for Social Justice Conference will also feature a number of climate-related workshops this fall. The book that Tim Swinehart and I edited, A People’s Curriculum for the Earth, is the only one I’m aware of that features role plays, simulations, student-friendly readings, and detailed lesson plans on climate change, and the environmental crisis more broadly. Tim and I began work on this book in 2007, so it’s been a long time in the making. I hope people consider using this as a resource.

Thank you to Bill for talking with us about your work to bring climate education into our nation’s schools. Moms Clean Air Force has a picture book for this very purpose, called Every Breath We Take,  for younger children, with free lesson plans HERE.

climate change, education, youth
Previous Post Crowdfunder: Argentinian trio set out to make horror film but instead make startling discovery
Next PostVeteran Latina actress on mission to bring "historias" to the mainstream one tweet at a time

Crowdfunder: Argentinian trio set out to make horror film but instead make startling discovery
Comment
Veteran Latina actress on mission to bring "historias" to the mainstream one tweet at a time