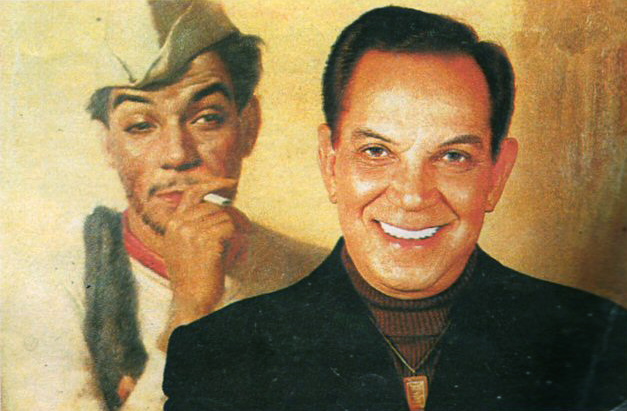 It is always hard to do a biopic–to tell the story of a whole life in less than two hours, especially when that life is as prolific and productive as Mexican comedian/producer/writer/singer Mario Moreno aka “Cantinflas.” His career spanned decades, from the late Thirties to the Sixties.

In the mid 50-Fifties, when Moreno was a well-known comedian all over Latin America and Europe, producer Mike Todd approached him to be part of his film Around the World in Eighty Days. The film Cantinflas coversthat part of Moreno’s career and gives us a glimpse of what a shrewd businessman he was. It also gives us a little background of how he met the love of his life, Valentina and some of their ups and downs.

Moreno was able to create a beloved character “Cantinflas,” who had a way of using words with double entendres of nothing (Cantinflear in Spanish dictionary). And he managed to become a multi-millionaire, philanthropist and activist. And this film does a great job at bringing all of that to life.

So, my chatos, sit back and enjoy this interview with actors Óscar Jaenada (Cantinflas) and Ilse Salas (Valentina) of Cantinflas. Also starring Michael Imperioli (The Sopranos) and directed by Sebastian Del Amo.