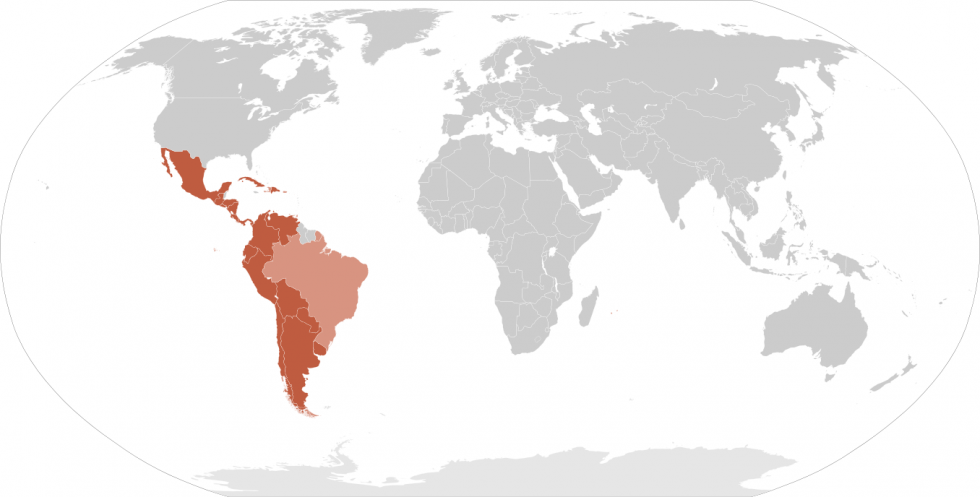 Nearly 1 million students studied abroad in the United States last school year — among them more Latin American students than ever before, according to a new study by the Institute of International Education.

The study, released this week,  reveals the number of international students at U.S. college and universities hit a record high in 2014-15. Among the top 25 sending countries were Brazil, Mexico, Venezuela and Colombia in Latin America — the fastest growing region of origin of students who are coming to the United States from other countries.

At No. 6 — behind China, India, South Korea, Saudi Arabia and Canada — Brazil sent 78 percent more college students than last year for a total of 23,675.

A popular destination for Brazilian students in the program is the University of Nebraska-Lincoln, where senior international officer David Wilson says their presence spurred the university to offer a Portuguese language program and increase study-abroad opportunities and partnerships with Latin America, Ross writes.

The study also found more U.S. students are traveling to study in other countries for credit at their home colleges or universities — and choosing Central and South American nations as their destinations. Mexico, Chile and Peru saw double-digit growth in the number of American students studying there. Other top Latin American study abroad destinations were Costa Rica, Argentina, Brazil and Ecuador.

It’s also worth mentioning that while the number of white American students studying abroad has dropped in the past five years, such programs have seen an increase of minority student participants. U.S. Hispanic or Latino students saw the biggest jump — from 5 percent of all Americans studying abroad a decade ago to 8.3 percent in 2013-14.