Never underestimate a Latina Mother and her intuition

I know most mothers in general are usually very protective of their children – but there is something about a Latina mother and protecting her “ninos y ninas.” There is also something to be said about a mother’s intuition. 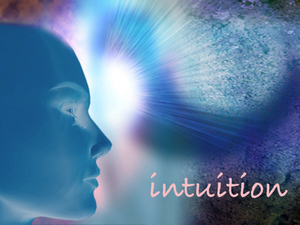 That is what Jennie Flores did when her little girl Kailah, who was just 7 years old at the time, was diagnosed with Acute Myeloid Leukemia (AML), one of the most aggressive forms of leukemia.

It started with very vague symptoms, she said, like Kailah losing weight, but Jennie just thought, maybe it’s because she is starting to stretch out and she’s getting taller. Then she noticed her daughter was sleeping a little more than usual, but again she dismissed it, since these were non-threatening symptoms.

She also started noticing bruises on Kailah’s body about one month before Kailah’s diagnosis. Jennie says when she would ask her about them and she always had an answer for each bruise, like she had fallen.

Then the bruises began appearing more frequently and Kailah started having stomach aches. That’s when her mother’s intuition started to kick in and tell her something wasn’t right. Leukemia actually came to Jennie’s mind, because a year earlier she had read the book and seen the movie “My Sister’s Keeper” about a little girl who had the illness.

She remembered all of the symptoms the girl had in the book, which seemed to match Kailah’s. Once again, she dismissed her gut feelings, thinking she was just being overprotective. She said she hoped and prayed it wasn’t leukemia.

Then one day she saw a bigger bruise on Kailah’s back, near her spine. That is when she called her husband at work and said, “Come home now, I think something is really wrong with Kailah.”

Her husband immediately rushed home and asked Kailah how she was feeling. She replied she felt fine and nothing was wrong. He tried to calm his wife down and reassure her, telling her Kailah was fine. At this point, Jennie was extremely upset and in tears.

“I think Kailah could have leukemia,” she blurted out. She went on to explain about seeing the movie and reading the book “My Sister’s Keeper”. Like any father would, he became highly upset and said affirmatively, “NO! My daughter doesn’t have leukemia.”

They agreed she would take their daughter to the doctor, but when she pulled up to her regular primary doctor’s office, something in every fiber of her being told her to take Kailah to the ER. Thankfully her mother’s intuition won that battle.

On July 15, 2010, she drove away from the regular primary care doctor’s office and she went straight to the Phoenix Children’s Hospital emergency room. Within a half-hour her blood test came back irregular.

Two hours later they sat Jennie and her husband down and told them their daughter Kailah had leukemia. She was diagnosed on a Friday, but her preliminary bone marrow aspiration test results didn’t come back until Sunday. As if that wasn’t bad enough, they were told Kailah did not have the more treatable childhood leukemia but the more aggressive form, Acute myeloid leukemia (AML). The doctors told the family the type of leukemia she had only 10 percent of people who get it are children, and it’s more common in adults.

After five rounds of intense chemotherapy for nine months, Kailah suffered several side-effects, including losing all of her hair, but she took it in stride and to help her feel better, some of her cousins cut their hair short and donated it to locks of love. And her father also shaved his head completely bald.

Jennie says she considers herself extremely blessed to be born to a great strong Hispanic family and to a father who had to overcame a lot of obstacles in his life and it was his role model of strength that really helped her get through this difficult time. She was also overwhelmed and grateful for the tremendous outpouring of generosity from all of her family and friends during this tough battle. They gave her strength.

Jennie fought against not listening to her gut and she fought for her daughter’s life. And with the help of her faith, family and friends, her daughter is alive, and 100 percent cancer-free!

Kailah has been in remission for 18 months – since March 2011. Now Jennie and her daughter spend a lot of their time volunteering, educating and advocating for this cause.