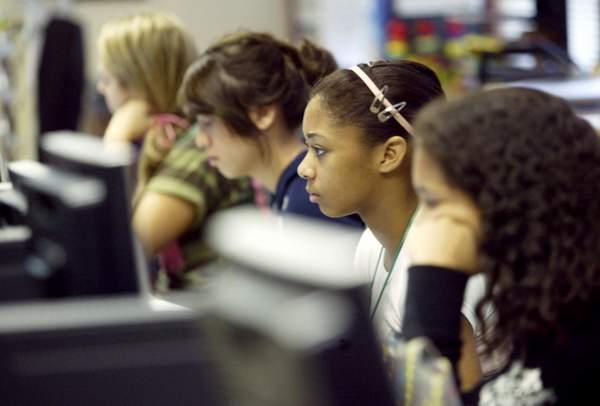 Do students need Internet access at school, and are they responsible enough and prepared to use it there?

If you ask Red State Contributor Neil Stevens, the answer you will get is “no,” because “[t]he Internet is for adults, and no kid should ever have Internet access without parental supervision. It’s a wild and dangerous world online.” But if you ask the White House or FCC Commissioner Jessica Rosenworcel, Stevens’ no turns into a yes.

While politicos debate whether Internet usage by students is a waste of government money or a worthwhile educational investment, The Aspen Institute and its recently launched Task Force on Learning and the Internet will be moving in another direction. Over the next year, the Task Force will propose recommendations to promote a healthy online environment, so that students can “make smart and responsible choices on the Internet.”

While each member brings a different perspective to the table, one thing each member agrees on is that the Internet is a useful tool that helps modern-day students learn.

“Digital learning is the catalyst to ensuring students have the personalized education needed to be ready for college and careers,” Bush said in the Task Force’s launch announcement. “The Task Force on Learning and the Internet hopes to ignite a discussion around best practices that parents, government officials, and businesses can use to help a generation of connected learners safely engage with innovative tools, resources, and services on the Web.”

Connie Yowell, Director of Education at the MacArthur Foundation, emphasized the importance of preparing today’s digital students for tomorrow’s workforce in the statement as well.

“We live in a world that is highly networked, technologically-enabled and producing new knowledge at a pace not known to previous generations,” she said. “The work by the esteemed members of this Task Force is critical to ensuring that the web is a safe and engaging place for the kind of learning that youth need to thrive in the workforce of tomorrow.”

It is imperative to remember that in the 21st century, we live in a digital society where digital classrooms are increasingly becoming the norm and educators are incorporating Internet usage into their lesson plans. A Pew Internet survey released in February 2013 gave insight into this. The survey’s results, which included responses from Advanced Placement (AP) and National Writing Project (NWP) educators, suggested that the Internet is an integral part to facilitate learning.

The survey indicated that “92 percent of teachers [said] the internet has a ‘major impact’ on their ability to access content, resources, and materials for their teaching.” Pew also reported that “[m]obile technology has become central to the learning process, with 73 percent of AP and NWP teachers saying that they and/or their students use their cell phones in the classroom or to complete assignments.”

To complete homework and classwork, and take a college entrance exam like the ACT – which is progressively becoming the preferred exam for students of color – students will need to use the Internet anywhere they can access it. And what better place to install a high-speed broadband connection than at school, a place where students typically spend 1,260 hours per year?

To Stevens’ point, yes, the online world can be a “wild and dangerous” place, but if we teach students how to use the Internet responsibly, then it may not be a scary place for them after all. Even pioneers learned how to navigate and survive the “Wild Wild West.” Additionally, for the millions of educators and students across the country, the Internet’s benefits outweigh the pitfalls some users unfortunately encounter.

Let’s all look forward to the Task Force on Learning and the Internet’s report, slated for release in 2014. Providing students with the knowledge of how to use high-speed broadband responsibly is vital in preparing them to become competitive and prepared to survive in the increasingly digitalized national and global economies.

Tiffany K. Bain is a 2011 public relations graduate of Florida A&M University. She currently serves as the Minority Media & Telecommunications Council’s Research Associate. She got her start in the industry in 2007 as an Emma L. Bowen Foundation intern at the nation’s leading cable provider.