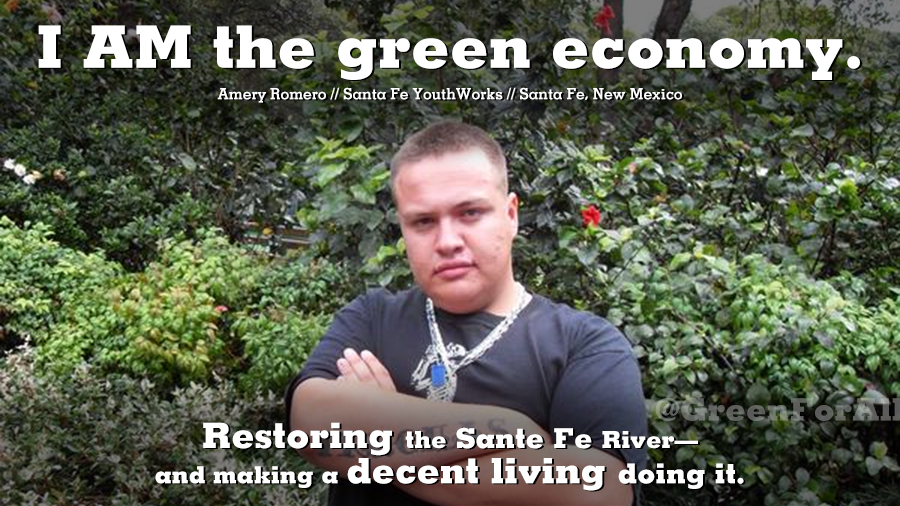 Amery Romero’s family has lived in Truchas, New Mexico for generations. Since the 1600s, they’ve farmed and raised cattle in the area. But over the past few decades, more and more of Truchas’ residents have streamed out of the town, leaving to work at the nearby Los Alamos National Laboratory, or heading to Santa Fe in search of jobs.

And life in Truchas has gotten tougher. Today, there are almost no real opportunities to make a living in the town. And prospects aren’t much better even when you leave. At 23 years old, Romero has watched many of his neighbors turn to the one way they know how to make a living: Selling drugs.

“Nobody wants a life where you barely get by,” he explains. “Selling drugs is the only promising career. Or you’re going to be so stressed out from the facts of life that you’re going to escape with using drugs.”

It is a painful reality in Truchas and other small rural towns in the region. “You see a lot of people running head-on into this problem,” he says. “You can’t just say ‘you’ve got to get your life right, you’ve got to go to school.’ For people like us, going to school is harder. We have to get jobs.”

But Romero has fought to find another way. A few years ago, he signed up with Santa Fe YouthWorks, an organization that has spent the past decade expanding opportunities for low-income youth. Through the program, Romero joined a crew charged with restoring the Santa Fe River through clean up and erosion control.

Determined to claw his way out of poverty, he woke up at six each morning so he could hitchhike 60 miles into Santa Fe to work.

As a result of his experience on the river crew, Romero became more and more interested in water conservation issues. That led him to the Santa Fe Water Conservation District, where he works today. As an intern with the District, his focus is on promoting water conservation by educating community members about rebates they can receive for installing rain barrels or water-efficient appliances like clothes washers.

Now, he hopes to find a long-term career in water conservation. The deeper he dives into the field, the more promise he sees in green jobs—not just in water, but in energy efficiency and solar and wind power.

But Romero is also honest about his motivation. He wasn’t initially drawn to the sector because he wanted to protect the environment. He was just determined to find a way to make a decent living, and his research led him again and again to green industries.

“I kept turning over rocks, and everywhere I looked, people were focused on the environment,” he explains.

He credits Youth Works with supporting him on his journey and opening up doors in the green economy. But he recognizes that there are many more young people like him who don’t have the same kind of opportunities.

“There are a lot of kids in my position who come from poor towns, but they don’t have a lot of mentors. When people leave and succeed, usually they don’t look back. They close the door behind them.”

Romero wants to change that. He hopes to enroll in a program that will allow him to get an associate’s degree in environmental technologies, and pursue a career in water conservation. But as he plans for his future, he is keeping one eye on the community he came from, and on finding ways to help others escape poverty.

This story is part of Green For All’s “I am the green economy” series where readers are introduced to folks who are making their communities more healthy and prosperous by building the green economy in cities and towns across the country.