New Rankings: How Healthy is Your County?

The rankings, now in their fourth year, show that how long and how well people live depends on multiple factors including rates of smoking, education, and access to healthy food. 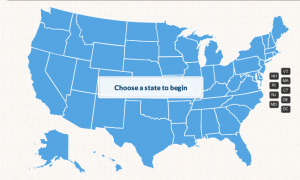 Child poverty rates have not improved since 2000, with more than one in five children living in poverty.
Violent crime has decreased by almost 50 percent over the past two decades.
The counties where people don’t live as long and don’t feel as well have the highest rates of smoking, teen births, and physical inactivity, as well as more preventable hospital stays.
Teen birth rates are more than twice as high in the least healthy counties than in the healthiest counties.

The County Health Rankings & Roadmaps program is a collaboration between the Robert Wood Johnson Foundation and the University of Wisconsin Population Health Institute. The Rankings help to lay the groundwork for health improvement efforts of governors, mayors, business leaders, and citizens across the country.

To learn more about the 2013 Rankings, join a Twitter Q&A at 2 p.m. ET March 20, 2013, with Dr. Risa Lavizzo-Mourey, Robert Wood Johnson Foundation president and CEO and Patrick Remington, Associate Dean for Public Health at the University of Wisconsin School of Medicine and Public Health.

featured, health, state and county
Previous Post First Latino to win prestigious PEN/Faulkner Award for Fiction is a homeboy from the U.S.-Mexico border
Next PostCall-2-Do-Good: The Most Outrageous Excuse to Deport a Mother of Three

First Latino to win prestigious PEN/Faulkner Award for Fiction is a homeboy from the U.S.-Mexico border
Comment
Call-2-Do-Good: The Most Outrageous Excuse to Deport a Mother of Three