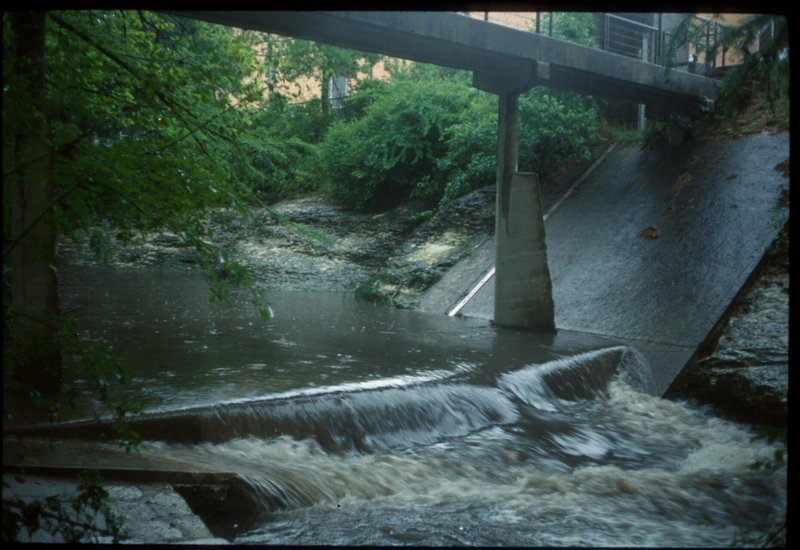 A new way to test for a wide range of micropollutants in waterways has already turned up a nightmarish cocktail of contaminants.

“Water quality monitoring is conventionally done by narrowly investigating one or a few contaminants at a time. We aimed to develop an analytical method that would be as broad as possible,” says Damian Helbling, assistant professor of civil and environmental engineering at Cornell University. The work appears in Environmental Science: Water Research & Technology.

“It is no secret that the chemicals we use in our daily lives often find their way into our air and water.”

“We demonstrate that our approach can more than double the amount of information that would otherwise be obtained from more conventional methods,” Helbling says, “This has important implications for risk characterization and exposure assessment.”

The new technique—using high-resolution mass spectrometry—assessed 18 water samples collected from New York state waterways. A total of 112 so-called micropollutants were found in at least one of the samples—chemicals including pharmaceuticals, pesticides, and personal care products. Helbling says that eight of the chemicals were found in every sample and dozens more were found in most samples.

Helbling and graduate student Amy Pochodylo refer to their approach as “suspect screening.” The spectrometer analyzed the chemical composition of the water samples and the researchers compared the resulting data with a large list of 1,100 “suspect chemicals” by employing a nimble data-mining algorithm.

The unmasked contaminants read like a soup recipe concocted in a pharmacist’s nightmare, as they found anticonvulsants (levetiracetam), antihistamines (fexofenadine), and muscle relaxants (carisoprodol, metaxalone, and methocarbamol)—all chemicals that have rarely been reported as water contaminants and some of which are being reported for the first time.

Prominent chemicals found in New York’s waterways include triclosan, an anti-bacterial agent found in liquid hand soaps and toothpaste; the anesthetic and heart medicine lidocaine; diethyl-phthalate, a component of plastics; and the herbicide atrazine.

Citing how this new technique represents a broad range of chemical structures unlikely to be found using conventional means, Helbling says, “These results are not only interesting from a novelty perspective, but demonstrate the breadth of chemical coverage that our suspect screening affords.”

Helbling hopes that those responsible for ensuring that waterways are monitored effectively adopt this approach.

“It is no secret that the chemicals we use in our daily lives often find their way into our air and water. This work contributes to our understanding of the specific types of chemicals that influence our water resources,” he says, noting that he believes this broad method will one day become routine in monitoring. “This is probably several years down the line.”

environment, health, pollution, water safety
Previous Post GOP finds a way to get immigrants to self-deport without them even realizing it
Next PostWhy Aren’t There More Latino NFL Players?

GOP finds a way to get immigrants to self-deport without them even realizing it
Comment
Why Aren’t There More Latino NFL Players?