Latina Lista: News from the Latinx perspective > Columns & Features > BlogBeat > Obama experienced subtle racism, but sexism toward Clinton was right out there

Obama experienced subtle racism, but sexism toward Clinton was right out there 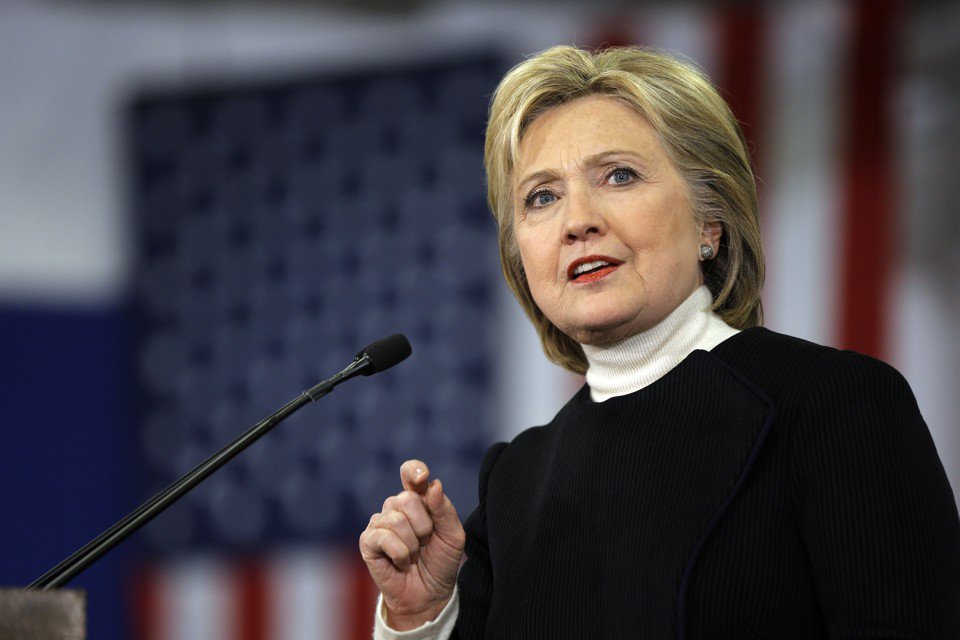 By George B. Cunningham
The Conversation

He did so by referring to the Democratic presidential candidate as “cunt” instead of Clinton.

While elections, especially those at the national level, are increasingly contentious, I’d argue that the 2016 presidential election brought about a new level of explicit prejudice not observed in other election cycles.

To be sure, prejudice is not new. President Obama was also the target of prejudice and discrimination based on his race. According to the Southern Poverty Law Center, hate and extremist groups have markedly increased since Obama took office.

As a professor at Texas A&M and someone who examines diversity and inclusion in sports, I know that people express prejudice in different ways. And while I regularly focus on sport, not politics, the nature of prejudice and discrimination does, in many ways, generalize across settings.

Prejudice can be explicit. It can also be nuanced or subtle. In either case, members of underrepresented groups are disadvantaged and subjugated. But, explicit and subtle forms of prejudice vary based on social norms for acceptable behavior.

Explicit prejudice is likely what most people consider when thinking about prejudice. As noted social psychologist Jack Dovidio and his colleagues have explained, explicit prejudice represents negative attitudes toward people who are different from you. They are consciously and deliberately maintained. They are also socially constructed, meaning that they are shaped by context, time and culture.

While people might commonly understand prejudice this way, there are also other, more prevalent forms, including subtle forms of racism and sexism.

For example, while people might publicly disavow explicit racist beliefs, these same individuals might endorse policies that disadvantage racial minorities. They normally justify their views based on principles of fairness, such as opposition to affirmative action, or by arguing for safety concerns, as might happen with anti-immigration rhetoric. In these cases, prejudice is maintained through rationalization or opposition to policies that would benefit underserved populations.

Other people may express implicit prejudicial attitudes. Here, people who have been socialized to believe they are fair-minded still unconsciously harbor negative attitudes toward people who are different. For example, people holding implicit biases are slower to link positive words with racial minorities, compared to when they make similar associations with whites. They profess positive explicit attitudes but still express prejudice at the unconscious level.

These distinctions help highlight the different forms of prejudice targeted at President Obama and Secretary Clinton.

For decades, racism has been regarded as socially inappropriate in the U.S. While some people still express explicit forms of racial prejudice, those numbers are low. Similar social prohibitions against expressing prejudice toward women are a more recent phenomenon and less stringently maintained by American society.

So while some individuals expressed explicit racism toward President Obama, such as the hate groups mentioned above, in most cases, the prejudice took on the subtle form. “Birthers” expressed prejudice not by hurling racial epitaphs, but by questioning the president’s legitimacy as a president because of questions about where he was born. Others stoked fears about safety and “radical Islam” by promoting the notion that Obama is a Muslim despite a lack of evidence to support such claims. Still others sought to delegitimize his authority by engaging in disrespectful behaviors, such as shaking a finger in his face or publicly calling him a liar.

Contrary to explicit forms of racism, social prohibitions against explicit sexism are less firmly entrenched and less stringently endorsed. As a result, Clinton was the target of explicit forms of prejudice. The Atlantic’s Peter Beinhart recounted many of the sexist slogans he observed at a political rally, including “Don’t be a pussy. Vote for Trump in 2016,” “Trump 2016: Finally someone with balls,” “Trump that bitch,” and “Life’s a bitch. Don’t vote for one,” among others.

This is on top of commentary about Clinton’s looks, voice, smile (or lack thereof), sexual orientation and her pantsuits. This explicit sexism was perhaps capped off by Trump himself, who referred to Clinton as “such a nasty woman” during the final presidential debate.

And Trump wasn’t the only candidate to express sexist notions. John Kasich attributed his success in an earlier election to the women who “left their kitchens” and became involved in the political process.

To be sure, while their expressions differ, explicit and subtle forms of prejudice have similar outcomes: bias and discrimination toward people who differ from the majority. So whether it is elected officials tweeting that a presidential candidate is a “cunt,” her opponent’s supporters referring to her as a “bitch” or an opponent referring to her as a “nasty woman,” these explicit forms are certainly different from what the political sphere has otherwise experienced and they do matter – especially when considering that explicit degradation of women negatively affects them and those who observe it.

George B. Cunningham is professor and associate dean at Texas A&M University.