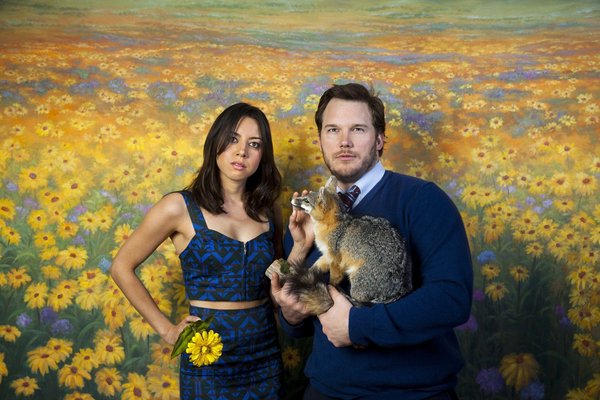 You know them, you love them, and they’re back for another round all over the dial…along with a lovely newcomer in one of the most talked-out shows of the season. In order of appearance:

Aubrey Plaza and her mysteriously buffed-up husband (okay, it’s no mystery–he’s Starlord!) take a trip to London with the entire Pawnee government in a one-hour Parks and Recreation beginning at 8P on NBC.

Sara Ramirez is back in a two-hour premiere of Gray’s Anatomy, as headstrong and determined as ever, at 9P on ABC. Check out our recent conversation with Sara, right here.

Ana Noguiera couldn’t be getting a bigger break; she’s appearing alongside Michael J. Fox every week in his much-anticipated return to TV in The Michael J. Fox Show. The one-hour premiere begins Thursday night at 9P on NBC.

Lea Michele, Naya Rivera and Blake Jenner are still listed as part of the cast of Glee, but how much we’ll see of Naya this year is anybody’s guess. Glimpse Glee to find out at 9P on Fox.

Young but impressive Xolo Maridueña is back on Parenthood this season, 10P on NBC. Should he really be up this late?

More to come as more shows premiere, so far we’re looking at seventeen new TV shows with Latinos starring or in the cast.