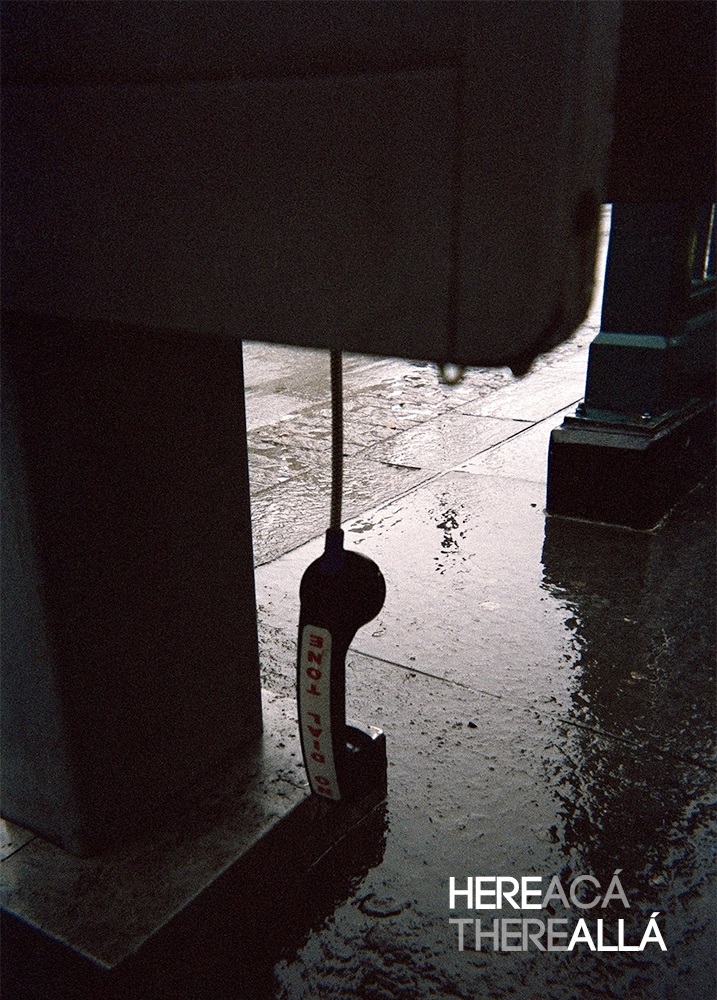 A picture may be worth a thousand words, but the value of the photographs taken by Mexican immigrant parents and their children for a new exhibit can be measured by their emotional impact.

The exhibit, “Here There, Acá Allá: Photographic Dialogues Between Generations and Cultures,” uses photography as a common ground between the parents and their children. The 50 images on view at the Mano a Mano gallery in Brooklyn, from August 16th to 25th, show the lively interaction between four pairs of parents and children, and an aunt and her niece as the fifth pair.

The exhibitors were members of a photography class conducted by the husband-and-wife team of Rafael Gamo Fassi and Susana Arellano Alvarado. For five weeks, the students took pictures and used the photos to “exchange points of view, share feelings and explore their cultural identities,” said Fassi, a Texas-born photographer and architect.

All the students are Mexican immigrants, except for a pair who are from Ecuador.

“It was a very important moment especially for the parents, who do not have the time to spend with their children because they’re usually busy at work,” said Alvarado, an architect and urban planner.

The students used disposable cameras to snap pictures of life in Brooklyn on themes such as Mexican identity, American identity, and A Day in The Life. The free classes consisted of five adults and five youngsters ranging in age from 7 to 11. The photographs, all in color, are not for sale.

The photos were “very good,” said Fassi. The general guideline was that the subjects should not appear in the pictures and if they did, they need not be the main focus. “A lot of images show the lighter side of people’s lives, some in their apartments or in the park or doing things they like. There was an array of different situations.”

Luz Aguirre, program director of Mano a Mano: Mexican Culture Without Borders gallery, was one of the students. She attended classes with her daughter Eve. She said the project led to conversations that were more meaningful, not just typical chatter of a mother and her daughter going through the “motions of everyday life.”

“We spoke a lot about things we wouldn’t otherwise,” Aguirre told Feet in 2 Worlds. “I thought she knew how and why I came to the U.S., not because I remember having a conversation about it.” She added how she shared with Eve through their photo sessions “things I’m passionate about.”

It was a great experience for both the elders and the children, said Fassi. The photography sessions were not so much about the technical aspects of creating quality pictures “but more about how they see things and how to express what they were feeling,” he added.

Alvarado said the exhibition also touched on the subject of immigrant life and how Latino immigrants are doing in New York City. “Through the exhibit, they will get to know about the different generations of immigrant families.”

The exhibit also includes recorded conversations between the parents and their children, sharing their thoughts about how they feel being born in the U.S or Mexico. “There will be some interesting, intense moments,” said Fassi.