Podcast: DREAMers No More – What is Happening to Young, Undocumented Immigrant Activists? 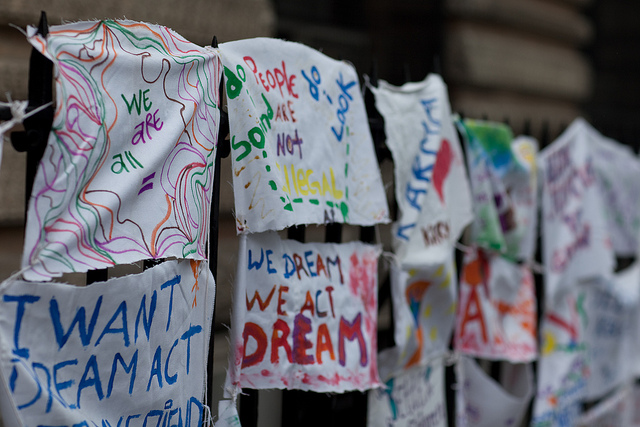 Many have stopped calling themselves DREAMers.

In New York, an estimated 90,000 young immigrants are eligible for the DREAM Act. But the recent failure of the New York DREAM Act squashed their dreams of financial aid for college. More than a decade after it was first introduced, the federal DREAM Act has yet to be enacted. And so for this influential group of young activists the level of frustration has reached a new high.

In this podcast Fi2W executive producer John Rudolph and former editor Von Diaz talk with Thanu Yakupitiyage, the Communications Coordinator for The New York Immigration Coalition (NYIC) who runs a group for undocumented youth in New York. Listen to their conversation about why many undocumented youth are shifting focus, and what it could mean for the movement.

Fi2W is supported by the David and Katherine Moore Family Foundation and the Ralph E. Odgen Foundation. The Fi2W Magazine was made possible in part by The Media Consortium and the Voqal Fund. Fi2W podcasts are produced with the support of the CUNY Graduate School of Journalism and CUNY TV.