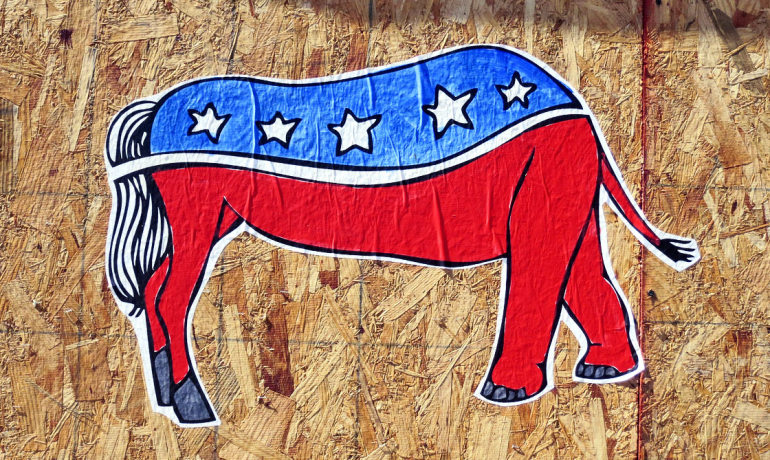 Democrats and Republicans are increasingly split along political party lines, and new research suggests those partisan sentiments are stronger than racial biases.

“We were particularly surprised at the extent to which party politics has become a litmus test for interpersonal relations. Marriage across party lines is extremely rare,” says Shanto Iyengar, a political scientist at Stanford University and director of the Political Communication Laboratory.

New evidence demonstrates that hostile feelings for the opposing political party are ingrained or automatic in voters’ minds, he writes in a new research paper.

“The polarization of the American electorate has dramatically increased,” says Iyengar, whose coauthor was Sean Westwood, a postdoctoral researcher at Princeton University. “We show that the level of partisan animus in the American public exceeds racial hostility.”

Why? It is largely due to a combination of political candidates relying on negative campaigning and partisan news sources serving up vitriolic commentary, according to Iyengar, a professor of communication.

The widening split, he says, is no longer just the Democrats vs. Republicans, but liberals vs. conservatives.

Using a variety of survey indicators, Iyengar and Westwood show that negative stereotypes of the other party have intensified and that political affiliation is now a relevant cue for non-political decisions.

Partisans are much more likely today to express reservations over the prospect of a son or daughter marrying across party lines, the study notes. Evidence from online dating sites demonstrates that even though people are far from transparent about their politics, ideology is nonetheless a powerful predictor of the dating decision.

To find out whether partisan attitudes predict non-political behavior, Iyengar and Westwood examined how 1,000 people viewed the resumes of several high school seniors competing for scholarships.

However, partisanship made a much bigger impact than race on how people thought about others. Both Democrats and Republicans selected their in-party scholarship candidate about 80 percent of the time even when the candidate from the other party had stronger academic credentials.

In another study, the researchers asked 800 people to play a “trust” game, in which player 1 is given some money and told that she can give some, all, or none of it to player 2.

The researchers found that race didn’t matter — but party affiliation did. People gave significantly larger amounts when they were playing with someone who shared their party group identity.

Iyengar suggests that, unlike race, gender, or other social divides where attitudes and behavior are constrained by social norms of civility and tolerance, there are no similar pressures to temper disapproval of political opponents. People feel free to say bad things about their political opponents, he says.

“If anything, the rhetoric and actions of political leaders demonstrate that hostility directed at the opposition is acceptable, even appropriate,” Iyengar says.

“While Republicans view fellow partisans as patriotic, well-informed, and altruistic, Democrats are judged to exhibit precisely the opposite traits,” Iyengar says.

He says he believes that increasing political collegiality will require significant social interventions that enhance the political heterogeneity of neighborhoods and friendship groups.

“What we need is greater personal contact between Republicans and Democrats,” Iyengar says.