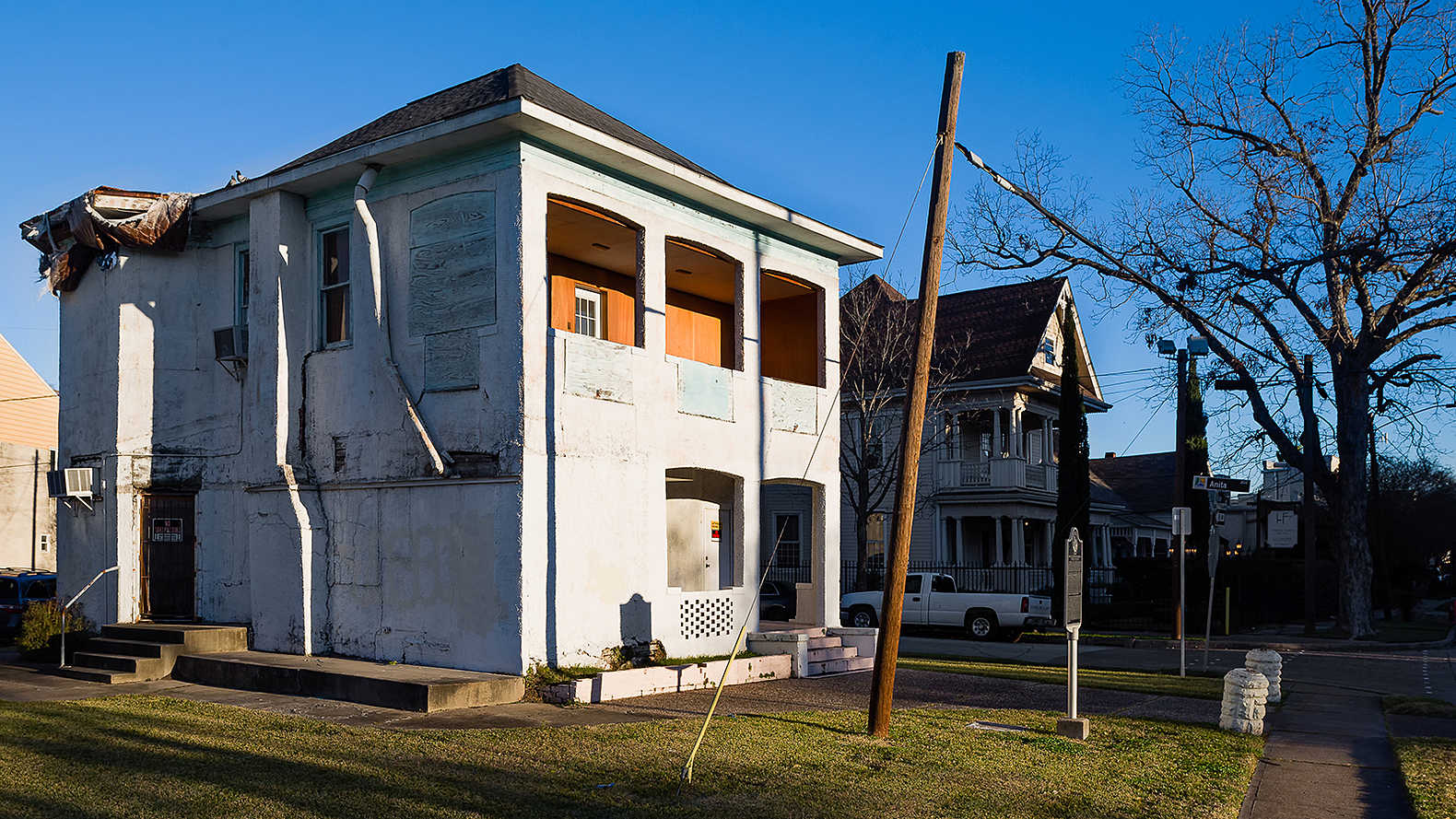 LULAC, or the League of United Latin American Citizens, was formed in 1929 by three Mexican American organizations in response to decades of anti-Mexican violence. This national organization—which has challenged legal and cultural injustice throughout its existence—was one of the most influential Latino civil rights groups of the 20th century.

While its contributions to Latino civil rights have made a lasting impact on thousands of lives, LULAC is still relatively unknown outside of the American Southwest. And the historic Clubhouse for LULAC Council 60 in Houston, Texas, one of the most influential chapters of the organization, faces an uncertain future.

The modest, two-story stucco building that became LULAC Council 60’s home was originally built in 1907 and purchased in 1955 for the use of their members. Council 60 was at the center of Mexican American political organizing in Houston during the 1950s and ‘60s, a formative time in civil rights history. Its Clubhouse served as the de facto national headquarters of LULAC throughout most of the Mexican American Civil Rights Movement. (The organization’s national office in Washington, D.C., was not established until 1996.)

During those two decades of influential civil rights work, Council 60 created three distinct programs that have helped the Latino community and other Americans from low-income backgrounds flourish today.

SER—Jobs for Progress: The job training and placement center began inside the chapter’s Clubhouse starting in 1965. The center’s initial program led to a federally funded work advancement service called SER (Service, Employment, Redevelopment)—Jobs for Progress. It is now the largest work placement program in the nation.

National LULAC Housing Commission: To improve affordable housing opportunities for Mexican Americans, LULAC national president Roberto Ornelos founded a national housing body for LULAC, called the National LULAC Housing Commission, in 1968. Ornelos, who was operating out of the Council 60 Clubhouse at the time, partnered with the Department of Housing and Urban Development to provide homebuyer training and housing opportunities for Latino seniors and low-income families. This program is still in place and is a key priority for LULAC’s national organization.

In addition to its programmatic successes, LULAC Council 60 and former president John H. Herrera (active 1952-53) played a prominent role in the U.S. Supreme Court case Hernandez v. Texas, which desegregated juries and gave Mexican Americans and other minority groups in the United States equal protections under the 14th Amendment. The case was the first time Mexican American lawyers had appeared before the U.S. Supreme Court.

President John F. Kennedy met with LULAC at the Rice Hotel in Houston on the day before he was assassinated in 1963—the first time a sitting president had appeared at a LULAC event. In 1966, LULAC president Judge Alfred Hernandez and Council 60 organized the Albuquerque Walkout to oppose discriminatory hiring practices. That same year, Hernandez was included in a council to meet with President Lyndon B. Johnson about job discrimination. These landmark meetings were milestones for the Latino civil rights movement.

The Clubhouse, though once a think tank for advancing Latino civil rights in the United States, has been empty since 2013 and sits between two neighborhoods facing rapid change, bringing threats of development ever closer. The building was already in need of comprehensive repairs, but it became especially vulnerable to damages when Hurricane Harvey wrought havoc in Houston in 2017.

In response to the disaster, American Express awarded the LULAC Clubhouse a $140,000 disaster recovery grant to support the Clubhouse’s initial rehabilitation efforts. The funds will help complete emergency stabilization work, including reinforcing the building’s damaged roof, foundation, and walls.

The rehabilitation work funded by the American Express grant marks an important first step in the preservation of this historic building. However, there is much more to be done.

The National Trust, in partnership with LULAC Council 60 and C 60 Inc, is working to assess additional damages to the structure, as well as plan for new reuse options and historic interpretation opportunities.

Though a humble building, the LULAC Clubhouse proves that some of Houston’s old and seemingly ordinary buildings are anything but—and they deserve increased protection as irreplaceable landmarks of local history and community identity.