Latina Lista: News from the Latinx perspective > Columns & Features > BlogBeat > Private Lockups May Prosper Under Trump Due to Predictions of More Deportations 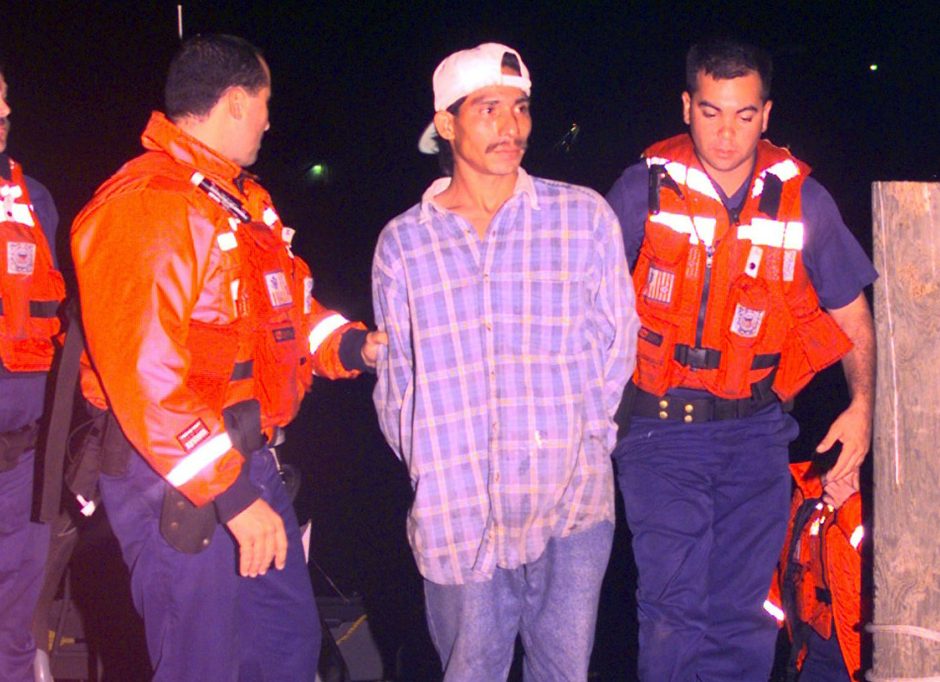 The private prison industry may end up being one of the winners under the incoming Trump administration, though it’s not clear how or when the new administration will act.

Stocks of for-profit prison operators tumbled after the U.S. Department of Justice announced in August that it would no longer house federal inmates in private lockups. But they rebounded after the Electoral College upset in November by Donald Trump, who campaigned on pledges to crack down on crime and step up deportations of undocumented immigrants — many of whom are held in detention centers run by for-profit operators.

It could be a shot in the arm for an industry that has been looking for new markets as inmate populations shrink and critics have successfully pushed back against corporate-run prisons in several states.

“The initial signs on changes in immigration enforcement and other policy issues indicate a substantial shift from the Obama administration to the incoming president-elect’s administration, and I think that tracks with the increase in stock for private prison companies,” said Nicole D. Porter, the advocacy director for The Sentencing Project.

Nearly 15,000 teens — about 29 percent of the U.S. juvenile detention population — were housed in private facilities, according to the Justice Department’s Office of Juvenile Justice and Delinquency Prevention.

But unlike the adult system, many of the juvenile lockups are operated by nonprofit agencies, and the trend in juvenile justice is toward fewer out-of-home placements for young offenders, said Porter, whose Washington-based nonprofit organization advocates for sentencing reform.

“There’s some support for ensuring juvenile providers who are guided by evidence-based practices can provide services to justice-involved youth, even if those are nongovernmental entities,” she said. But the current momentum is behind closing “juvenile facilities, period — whether they’re public or private.”

Private facilities not as good: administration

About 131,000 state and federal inmates were housed in private prisons in 2014, according to Justice Department statistics — about 9 percent of the country’s prison population. More than 90,000 of those were in the 30 states that used private facilities; the rest were federal inmates.

In announcing the shift away from private lockups in the federal system, Deputy Attorney General Sally Yates said those facilities “served an important role during a difficult period.” The U.S. Bureau of Prisons saw its inmate population balloon eightfold under harsh drug-sentencing laws passed in the 1980s and ’90s, and contracts with private lockups were needed to manage that boom. But Yates said that with headcounts shrinking, they’re no longer needed — and private lockups never lived up to their billing.

“They simply do not provide the same level of correctional services, programs, and resources; they do not save substantially on costs; and as noted in a recent report by the Department’s Office of lnspector General, they do not maintain the same level of safety and security,” Yates wrote in August. “The rehabilitative services that the Bureau provides, such as educational programs and job training, have proved difficult to replicate and outsource — and these services are essential to reducing recidivism and improving public safety.”

Trump’s presidential transition team did not respond to requests for comment, and the campaign offered little insight into his thinking about the issue. But in March, he told a questioner at a town hall-style forum on MSNBC that private prisons might provide needed reforms.

“I think a lot of people are really looking at Colorado for prison reform,” he said. “As you know, our prison system is a disaster, it’s complete disaster all over the country.” After a digression, he added, “I do think we can do a lot of privatizations and private prisons. It seems to work a lot better.”

It’s “really hard to know what he’s talking about,” Donner told JJIE. Colorado has been closing for-profit prisons and some public lockups as the state’s inmate population has shrunk, she said.

“They just don’t need them anymore,” she said.

Tennessee-based CCA, which recently rebranded itself CoreCivic, and Florida-based GEO Group are among the largest private prison companies in the United States. Stock in both companies plunged following the August announcement from Justice, but have rebounded sharply since Election Day.

GEO Group spokesman Pablo Paez said the company couldn’t comment on any meetings with the Trump team. But he said GEO looks forward to working with the new administration as it has under both Democratic and Republican leaders. And he defended the industry’s record, arguing the Justice Department’s inspector-general found private prisons “are at least as equally safe, secure, and humane as publicly run facilities and often more so.”

Deportations could be good for contractors

While the Justice Department is moving away from housing convicted criminals in private prisons, the Immigration and Customs Enforcement agency (ICE) still holds about two-thirds of the roughly 400,000 people awaiting deportation from the United States.

The Department of Homeland Security, which includes ICE, is weighing whether to continue using private contractors. A recent report by a Homeland Security advisory committee initially recommended continuing the practice with tougher oversight — but in early December, committee members rejected that conclusion and endorsed a dissenting call to phase out privately run detention.

“We can’t speculate about future policy priorities, but we stand by our steadfast belief that through public-private partnerships, we can continue to provide the safest, most secure and humane facilities to meet the residential, non-penal needs of the residents in ICE’s care,” he said.

Since the cornerstone of Trump’s campaign was a pledge to expel illegal immigrants, it’s likely the committee’s decision will be revisited, said César Cuauhtémoc García Hernández, publisher of the immigration law blogCrimmigration.com.

“I think we can fully expect his administration will at least begin from a presumption that private prison corporations have a significant role to play in immigration enforcement policies,” said Garcia Hernandez, who also teaches law at the University of Denver. “Whether that means we will expand the number of prison beds that we have under President Obama, or whether we simply see a continued heavy reliance by the Department of Homeland Security on corporations like Corrections Corporation of America and GEO Group remains to be seen. But I think the future is bright for private prisons under a Trump administration.”

CoreCivic didn’t respond to requests for comment. The company got a break before the election when Homeland Security renewed contracts with thecompany to house detainees at its facilities in Eloy, Arizona, and Dilley, Texas — where the company built and runs the 2,400-bed South Texas Family Residential Center.

Advocates for the migrant families housed there have been trying to get that lockup and another run by GEO Group in Texas shut down, arguing they aren’t properly licensed to care for children; a state judge recently agreed.

Garcia Hernandez said that given the advisers the Trump administration has consulted so far, it’s reasonable to expect more reliance on private detention.

“Trump is surrounding himself with people like [Attorney General pick] Jeff Sessions and [Kansas Secretary of State] Kris Kobach, who are immigration hardliners, who tend to view ever-harsher immigration enforcement policies as the only acceptable method,” he said. Even though the Obama administration has been deporting record numbers of undocumented migrants, Trump will likely be urged “to expand what is a historically unprecedented hardline policy regarding immigration detention.”

Porter said there may be an opportunity to raise “alternative perspectives” with the president-elect, but she said reform advocates aren’t hopeful about the prospects.

deportation, immigration, private prisons
Previous Post America’s Healthiest Cities for Latinos
Next PostWhy is it so hard to close the racial health gap in the US?

America’s Healthiest Cities for Latinos
Comment
Why is it so hard to close the racial health gap in the US?