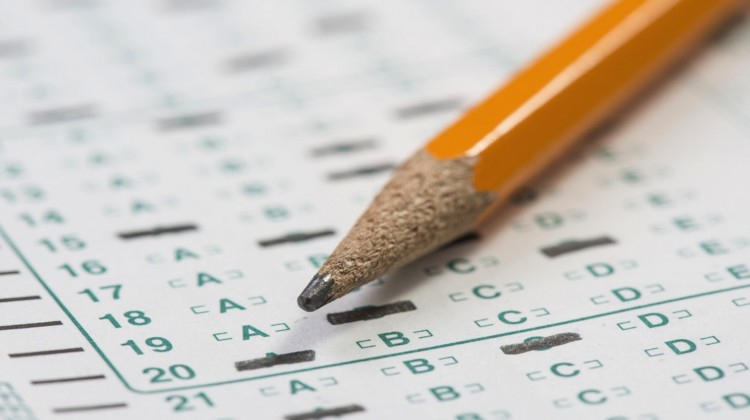 SAT test takers will face an updated version of the college admission exam in 2016, the College Board recently announced. Of the proposed changes, the most notable include an optional essay, eliminating the penalty for wrong answers, and adjusting the vocabulary to reflect common college language.

College Board President and CEO David Coleman hopes that the changes will quell some of the anxiety surrounding the SAT, making the test more “focused, useful, open, clear, and aligned with the work [students] do throughout high school,” Coleman told CNN.

Media interpretation of the SAT overhaul has been mixed: Some critics argue that the new SAT will be too easy, while others claim that the changes are long overdue. Others, still, have identified the SAT’s sudden makeover as a strategic business move in light of the test’s recent decline in popularity. But regardless of one’s opinion toward the changes, the debate has allowed deeper questions to surface about the nature of using the SAT to predict college success.

To add more depth to the conversation, NerdScholar asked college faculty to weigh in about the SAT. They offered their concerns and criticisms, should they be the ones in charge of editing (or eradicating) the SAT. We compiled their thoughts below.

1. The SAT is not an accurate indicator of college readiness.
Students who fear the SAT as their preeminent mark of success should remember that it is just one test, as our panel of college faculty agrees.

“The SAT is like a Polaroid snapshot,” says Matthew Ratz, an adjunct English professor at Montgomery College. “It gives, literally, a moment in time.”

Past academic performance offers a more comprehensive evaluation of students’ capabilities and, Ratz notes, has a stronger correlation with cumulative college GPA.

In the same vein, the SAT is unable to test for “complex and nuanced skills,” says Laura Tenenbaum, an education specialist at NASA’s Jet Propulsion Laboratory. Instead, the test values memorization and cramming. And if the SAT can be considered an academic sprint, the test doesn’t account for the hard work it takes to endure a college marathon.

“I know more than a couple folks from my high school class who tested quite well and washed out of college,” says E. Del Chrol, chair of the classics department at Marshall University.

To its harshest critics, “all the SAT does is demonstrate that some students are good test-takers and others are not,” says Richard Johnson, an associate professor in the department of public and nonprofit administration at the University of San Francisco.

2. The SAT provides a common yardstick for measuring students, but colleges shouldn’t rely on it.
The SAT has been administered since the 1920s, largely because it provides colleges with a uniform tool for measuring applicants. But while summing up an applicant with one score (in place of hours of reviewing application materials) may be enticing, our panel discouraged admissions officers from turning the application process into a numbers game.

In addition to a student’s high school courses, entrance essay, and admissions interview, “a review of extracurricular activities, such as sports, work, community service, interests, and hobbies is a much better predictor of student success,” says Tenenbaum. “These things demonstrate the level of determination, commitment, and character of a prospective student.”

SAT scores are useful in separating the cream of the crop, “should there be two very good students with only one spot open,” Chrol notes. But beyond serving as a tiebreaker or a benchmark, SAT scores do little to assist in the application process.

“The goal is to assess the student’s talent and ability,” says Jodi Newton, associate dean of the Orlean Bullard Beeson School of Education at Samford University. “A strong multi-criterion rubric could help ensure that a student’s talent, academic ability, work ethic, service, and leadership are all considered.”

Many educators on our panel felt that standardized testing should be eliminated altogether, or at least made optional. In lieu of the SAT, “college admission committees…think creatively and responsively when reviewing student applications,” says Johnson.

For quantitative assessment, Ratz suggests a placement exam called Accuplacer, “which is aligned to the content we teach in reading, writing, and math classes.”

Tenenbaum alluded to a near future without tests like the SAT, saying that she has witnessed a nation-wide movement against heavy reliance on standardization: “Educators are waking up to the fact that our education system, on the whole, needs to improve.”

3. The SAT has been accused of racial and socioeconomic bias.
Perhaps the most controversial aspect of the SAT is its alleged racial bias. A 2010 study published in the Harvard Educational Review claims that the test has historically favored white students by writing passages in their cultural and linguistic style. The College Board denied the findings.

“Until the SAT includes a variety of passages written in the parlance of different U.S. cities that would be just as foreign to a New York City prep-school student as they would be to children in a public school in rural South Dakota, it will never effectively meet the needs of the U.S.’s diverse students,” says Ratz. He adds a troubling statistic: “SAT scores’ highest levels of correlation are not with students’ GPAs, but with [their] families’ ZIP codes.”

In addition, wealthy students have expendable time and resources to pour into SAT expenses. The test itself costs $51, but associated fees and services, such as a test date change ($27.50) or score verification ($55), can quickly add up. Kaplan Test Prep, one of the most popular standardized test preparatory schools, charges $699 for their 18-hour classroom course. Private tutors at Advantage Testing range from $225 to $775 per 50 minutes.

“There are costs for taking the test, as well as the study books, and those who take it again and again must have the means to do so,” Tenenbaum says. “Personally, I think the whole thing is a totally unfair scam to make money.”

Recently, in an attempt to level the playing field, non-profit educational website Khan Academy announced a partnership with the College Board to offer free online SAT test prep materials. Though the test-prep industry foresees little change in the demand for costly tutors, the act is certainly a step in the right direction.

4. The SAT does not prioritize creativity or critical thinking.
The SAT is not only an inaccurate portrayal of students’ abilities, but some educators assert that it has negatively impacted the way that students think and learn.

“Students have become addicted to the belief that there is a ‘right answer’ that is at the back of the book, that they are passive receptors of the instructor who knows everything, and that they must merely memorize it and regurgitate it back,” Tenenbaum says. The test, she says, inhibits students’ ability to come up with “creative solutions to complex problems,” making them vastly under-prepared for real-world situations.

Despite the SAT’s shortcomings, standardized testing has endured because the tests are “easy, lucrative, and, because they have precise numbers, provide the illusion of some sort of absolute truth,” says Chrol. Still, “the easy answer isn’t always the right one.”

Matthew Ratz, M.Ed., has taught students in grades 7 through 12, students in college, and professional adults; his master’s coursework involved an examination of standardized assessment versus authentic assessment in the secondary English classroom. He is a special-needs curriculum developer, college professor, and motivational speaker.

Laura Faye Tenenbaum has held a faculty position in the physical science department at Glendale Community College for the past 13 years. She is also an education specialist on the Earth Science Communications Team at NASA’s Jet Propulsion Laboratory (JPL) where she is responsible for creating educational content.

Dr. E. Del Chrol is the chair of the classics department and sexuality studies at Marshall University. He is a recipient of the Pickens-Queen Junior Faculty Teaching Award.

Richard Johnson is an associate professor in the Department of Public and Nonprofit Administration at the University of San Francisco. He is the author of Teaching College Students Effective Communication Strategies for Effective Social Justice and his articles have been published in esteemed professional journals.

Dr. Jodi Newton has served as the associate dean of the Orlean Bullard Beeson School of Education at Samford University since 2010. Previously, she served as interim chair of the teacher education department. She has taught as an assistant professor in the educational leadership department since 2008.