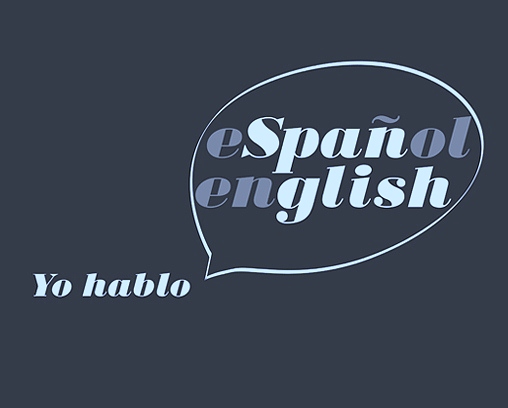 Spanish holds a unique place in the history of the U.S.; it has been spoken in the Southwest since its annexation in 1848 and has not been lost to the pages of history books like many other ethnic languages, such as Italian and German.

Currently, it is the second-most-spoken language in the country after English, with more speakers than in any other Spanish-speaking country, only second to Mexico. Moreover, Spanish speakers are no longer localized in large metropolitan areas like they used to be, as recently as the 1980s; they are now spread throughout the country’s smaller cities and towns.

Teaching Spanish as a heritage language is crucial for its continued vitality in the U.S. However, efforts to do so are often crippled by ideologically motivated policies. In addition, the linguistic insecurity that is fomented in and out of Spanish-speaking communities furthers the rejection of Spanish.

Before we can start to remedy this situation, we need to examine the root causes for this insecurity,and then present a different perspective of U.S. Spanish that promotes linguistic security and fosters a desire to learn academic Spanish, whilst enriching the Spanish registers already spoken by students.

Much of the linguistic insecurity experienced by heritage speakers can be explained by the lack of exposure to formal schooling in Spanish throughout the students’ primary and secondary education — heritage speakers in the U.S. acquire Spanish orally and have very little exposure to written forms of Spanish, or other formal communication.

However, it is the stigma attached to the particular vernaculars spoken by these students that is most detrimental, and quite frankly does not allow for the promotion of academic Spanish in these communities. Parodi has evidenced a Spanish vernacular unique to the Los Angeles metropolitan area and has documented a plethora of linguistic features that are stigmatized by speakers of academic Spanish, both in the U.S. and in monolingual Spanish-speaking countries.

Some of these include archaic features found in present-day rural Mexico, such as haiga, ansima, and mesmo; but there are also features in the vernacular that arise due to its contact with English, such as the loanwords carro, marqueta, and troca.

It is important to understand that many, if not most, of these features are not idiosyncratic, but rather form part of the norm, or standard, of this community, especially given the fact that they are used by all speakers of the community, monolingual and bilingual speakers alike.

It is the instructors’ obligation to communicate this to heritage students of Spanish; the attitude shift will certainly empower students, as it will validate their vernacular, or Spanish variety.

The Spanish taught in heritage classrooms often overlooks the linguistic reality of these communities by simply promoting a universal or global “standard” — thus reinforcing the stigma attached to the Spanish vernacular spoken by heritage speakers.

Moreover, many institutions on which students and instructors rely to support their educational goals do little to be inclusive of this reality. An example of such an institution is La Real Academia Española (The Royal Spanish Academy), which claims to be the authority on the Spanish language, publishing dictionaries, grammar books, and other language “correctness” material.

Particularly, the dictionary published by this academy, El Diccionario de la Real Academia Española (DRAE), is the most referenced even though it does not include many words commonly used in U.S. Spanish. This bolsters the bias against the lexicon of the Spanish vernaculars spoken here by providing support for their treatment as slang, Spanglish, “hodgepodge,” and so on — erasing an entire history and negating its contemporary usage.

Instructors of Spanish, especially those to heritage-Spanish speakers, should be acutely aware of these linguistic nuances, but more importantly of the linguistic ideologies working to devalue U.S. varieties of Spanish.

Allowing students to use the lexicon and other linguistic features unique to their particular varieties does not impede further acquisition of Spanish, it does quite the opposite: it empowers, validates, and fosters a sense that these speakers do speak Spanish.

It further calcifies that their role in the classroom is only to add to their knowledge of the language, to incorporate new registers, and to learn new ways of saying and writing things for increased accessibility by other Spanish speakers. In much the same way that Black English Vernacular is enriched with a vocabulary different from “mainstream English,” local varieties of U.S. Spanish are as well, which is usually a representation of their unique immigration and sociopolitical history.

If we as educators do as much as we can to validate the language spoken by this ever-growing and ever-changing community, we will be able to position Spanish in such a way that it maintains its local values while making it competitive in the broader Spanish-speaking community.

Armando Guerrero, Jr. is a first-year graduate student working towards his PhD in Hispanic languages and literatures with a focus on Spanish linguistics at UCLA. He was born and raised in East Los Angeles, Calif., and actively works to end linguistic discrimination amongst Latin communities in the U.S.