Report: Latino Kids Have Bigger Obstacles to Success than Peers 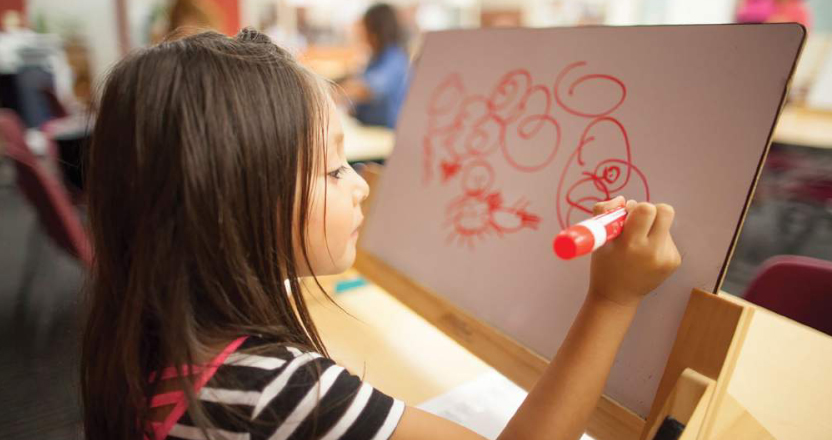 U.S. Latino, black, and American Indian children have bigger obstacles to success than white and Asian children, according to a new report.

The report, the Race for Results from the Annie E. Casey Foundation, scores how children are progressing on 12 key milestones from birth to adulthood. Milestones include math proficiency, graduation data, teen birth rates, employment prospects, poverty, and more. Yet this score is well below Asian (783) and white children (704), slightly ahead of African-America (369) and American Indian (413) children, and remains a “cause for deep concern,” according to the report.

“We will lose a great deal if policymakers don’t expand existing policies that work and implement new legislation to support children in immigrant families, as well as millions of U.S.-born children of color,” Patrick McCarthy, president and CEP of the Casey Foundation.

The states with the lowest scores were in the South and Southwest. The range of scores for Latino children—341 to 639—is the narrowest of all racial groups.

Latinos are 6.1% of Pennsylvania’s population. About 37% of Latinos here live in poverty, unemployment is at 7.7%, and the home ownership rate is the 10th lowest in the country. In addition, the incarceration rate is 2,001 per 100,000/population, third-highest in the nation.

For instance, many community programs and even welfare offices often lack bilingual services and are ill-equipped to provide services to Latinos.

“I say it’s easier to find funding for a box of puppies who are left on the street corner to help them than it is to find funding to help undocumented folks,” Monica Ruiz, a community organizer at Casa San Jose, a Latino social service agency in Pittsburgh said, Pitt News reports.

Latino parents report more obstacles to perform physical activity than non-Hispanic white parents. Most of all, Pennsylvania does not have a set definition for physical activity in ECE settings or laws preempting local policies related to nutrition.

Only 8 percent of fourth graders from immigrant families were adept in reading compared to 38% of students who are children of U.S.-born citizens, according to the new report. Latinos also have the lowest percentage of school enrollment for children ages 3-5 compared to other races and ethnic groups.

“I think the government, small and large, are going to have to adjust because they are going to start seeing these families arriving,” Vizcarra told Pitt News. “Whether they like it or not, their children are going to be here for a long time — they are the future working generation.”

Schools need to be better equipped with resources such as improved resources for English proficiency and bilingual staff for Latino youth. Hence hire well trained staff to handle the Spanish language and begin increasing interaction with Hispanic students.

So get to know your elected officials. Do you know your state legislature or local city councilman? Because they are representing your interest. Stay informed, become a local leader to make changes from the bottom up.