Latina Lista: News from the Latinx perspective > Columns & Features > BlogBeat > Report: Latino Students in California Are the Most Segregated in Nation

Report: Latino Students in California Are the Most Segregated in Nation 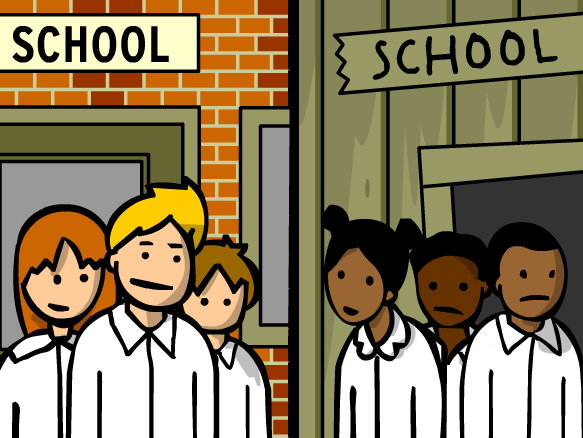 The study is entitled, “Segregating California’s Future: Inequality and its Alternative 60 Years after Brown v. Board of Education.” In 1970, Latino students attended schools that were 54 percent white. Today, they attend schools that are 84 percent nonwhite.

Of course, it should be noted that the majority of students enrolled in the state’s public schools are Latino.

At the same time, due to the diversity of the state white students have increasingly attended integrated schools with significant nonwhite and poor student populations. They also often attend the most affluent schools along with Asian students. The most integrated students are in Sacramento and Fresno, where the study notes that residential segregation is much lower.

The segregation is also economic. Latino students on average attend schools enroll students who are 75 percent low-income. The report also refers to “triple segregation,” in which students are set apart by their limited English ability, in addition to being low-income and Latino.

“The playing field in California is profoundly uneven,” co-author Gary Orfield said in a press release.