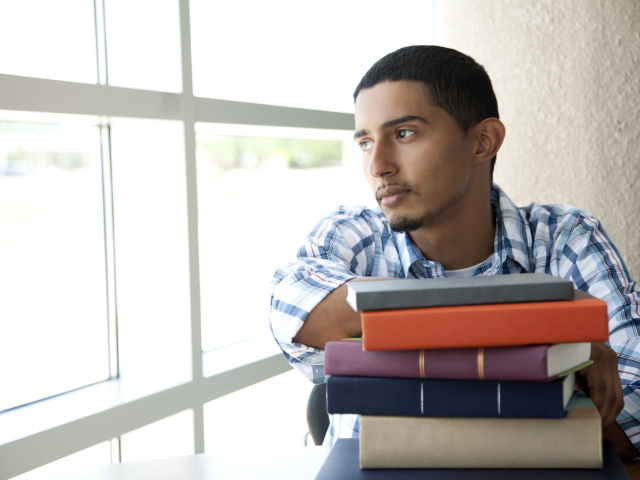 Education reporters often are drawn to reporting the depressing headlines about the state of Latino and black students in our nation’s public schools.

These stories often focus on high school dropouts, low test scores, and unstable home lives. But we must remember that lessons can also be drawn from minority students who are success stories. And we must realize how damaging it can be to portray black and Latino students in an almost hopeless, and fatalistic, light.

That’s the message one can take away from a new study, “Succeeding in the City: A Report from the New York City Black and Latino Male High School Achievement Study.” The report was released by the Center for the Study of Race and Equity in Education at the University of Pennsylvania, and led by professor Shaun Harper.

I served on a panel with Harper at the 2012 Education Writers Association national seminar, where the theme was “Looking at Patterns of Success, Not Failure, in Communities of Color.” Harper passionately spoke then about the importance of telling more positive stories.

Harper even opens his report by revealing what drives his research, writing, “I begin with a plea to the nation: please stop mischaracterizing young men of color as hopeless thugs who care nothing about their education, communities and futures. Ways in which Black and Latino male teens, especially those who reside in America’s largest cities, are persistently portrayed in media and elsewhere negatively affect society’s expectations of them and, at times, their expectations of themselves.”

Harper, who is African American himself, made this perspective clear in the study. He sought out principals of New York City high schools, asking them to identify successful black and Latino male students. They had to have at least a 3.0 grade point average, taken college prep classes, be involved on their campus in numerous activities, and motivated toward enrolling in college. Harper and his team eventually interviewed 325 young men who were high school juniors and seniors at 40 schools.

Harper suggests reframing questions about such students, including asking, what inspires young men from low-income neighborhoods to see beyond their present condition? How do these students maintain academic focus despite chaos in their homes? What strategies engage young men of color and make them excited about learning?

So, getting down to the meat of the study, researchers found some shared traits among successful students:

– Their parents communicated that education was important, and could be a vehicle used to escape their own socioeconomic challenges (“school as a way out”). Some parents told their sons they should not drop out of school, as they did. One young man recalled that his mom made him aware that “you’ve gotta be the first in the family to break that cycle.”

– The young men said that from an early age, they were made to feel that they were smart by adults surrounding them, including family and community members. Parents’ high expectations meant that they paid close attention to their sons’ grades and academic performance.

– The young men avoided the dangers of their neighborhoods such as gangs by staying indoors, and not participating in outdoor recreation that could expose them to trouble. Some students stayed late at school to avoid difficult home situations.

– Speaking of their schools, they were quick to name specific teachers who impacted them. Those teachers also often advised them in college in areas such as admissions and financial aid. The young men also mentioned that the importance of going to college was strongly communicated at their schools.

This report is worth the read. Reporters will appreciate the excerpted comments from the students, offering insight into how they view their own educational aspirations and achievement.

Finally, ask yourself — how you would go about profiling one of the young men described in the study for a media outlet?