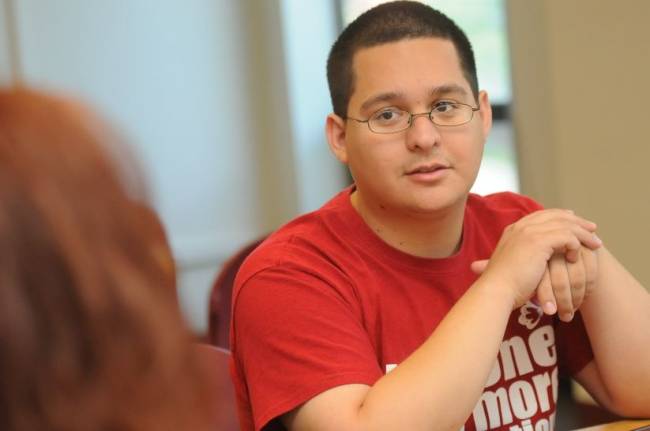 But some activists were upset that Christie had first vetoed a portion that would have allowed undocumented immigrants to apply for state financial aid. State Democrats are still trying to push the aid legislation through.

But one public university in the state, Rutgers University, has taken action on its own to help one immigrant activist who has challenged Christie publicly in the matter.

Rutgers announced that it will provide a financial scholarship to Giancarlo Tello, a student activist who advocated for in-state tuition and financial aid for undocumented students. Tello, 24, is an undocumented student from Peru who has qualified for the federal ”deferred action” program.

The Record reports that the scholarship is worth about $22,000 and that Newark campus senior vice chancellor Peter Englot said that “Truly outstanding students should be supported at a public university.”

In 2012, the University of California at Berkeley received a $1 million gift dedicated to scholarships for undocumented immigrants.

Universities, public and private alike, often struggle over how to handle institutional aid for undocumented students. They also make different decisions on how foundation scholarship money is awarded – sometimes quietly. Ask how your local institution handles such students, and if they are eligible to apply for institutional aid.