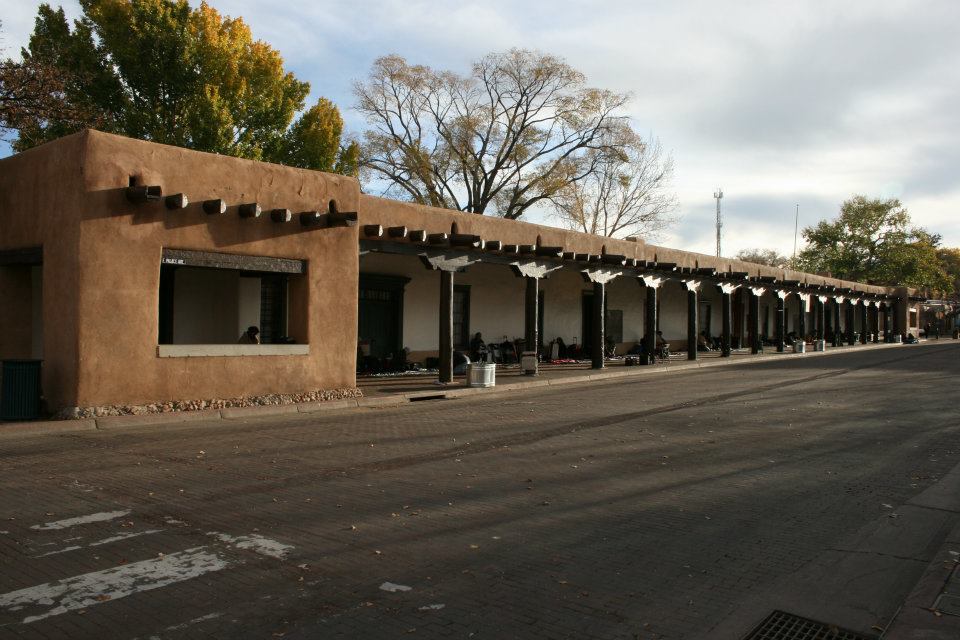 Where do you think the oldest colonial-era building in the United States is located?

At first glance, you might assume that the oldest ones in the continental United States would be found somewhere near the Jamestown or Roanoke in Virginia, or in Massachusetts, near Plymouth, or other early English settlements along the eastern seaboard, right?

The truth is, to find the truly oldest colonial buildings in the country, you need to look westward.

Santa Fe, New Mexico, is the oldest continuously inhabited state capitol in the United States. Founded in 1607 by New Mexico’s second Spanish Governor, Don Pedro de Peralta, as the “City of Holy Faith,” or “Santa Fe” in Spanish, the city has remained the capitol of the province of New Spain, the New Mexico Territory, and eventually the state of New Mexico, for more than 400 years now. And with a pair of structures both built in 1610, Santa Fe also boasts two of the nation’s oldest places: The San Miguel Mission and the Palace of the Governors.

The San Miguel Mission, also known as San Miguel Chapel, is said to be the oldest church in the United States. The Spanish colonial mission church is located within Santa Fe’s Barrio de Analco Historic District, a National Historic Landmark.

San Miguel is a remarkable historic building by many standards, and having a 400-year-old continuously used building would be unique in almost any other city. But, in Santa Fe, it shares this distinction with the gem of the city’s historic plaza, and our newest National Treasure: The Palace of the Governors.

The Palace, first constructed in 1610, is the oldest in-use public building in the United States. Built by then-Governor Peralta, the adobe structure has served as a seat of government under various flags throughout its history years — from Spanish to Mexican rule, to Confederate occupation, and through the creation of the State of New Mexico. Currently owned and operated by the state of New Mexico, it has served as the state museum since 1909.

“Spanish governors were sleeping in the Palace of the Governors nearly 200 years before a president slept in the White House,” says Jon Hunner, history professor at New Mexico State University, and former Interim Director for the Palace. “[The building] provides an overlay of the history of our country, not just of New Mexico.”

Dr. Hunner, along with National Trust leadership and dignitaries from across the state of New Mexico, including Mayor Javier Gonzales and Secretary of Cultural Affairs Veronica Gonzales, were on hand last month to celebrate the Palace’s designation as a National Treasure.

The Palace was selected as a National Treasure because of its significance as a symbol of Spanish and Mexican culture in American history. The designation also highlights a now-common national theme of state-owned buildings falling into disrepair due to lack of investment during our recent recessions.

National Treasure designation is an important step forward as we work to raise awareness for much-needed funding that will address deterioration and deferred maintenance, and save this important piece of American history.

“The Palace of the Governors isn’t a magnificent palace building, but the history that it holds is magnificent,” says Kate Nelson, marketing manager for the Palace of the Governors. “This is the emblem of Spanish life in the Americas. This was where it all happened, and at a time in our history where we’re more aware of how many [groups] make up who we are as a people, this building tells an important story.”

Despite not officially becoming a state until 1912, New Mexico hosts much of our nation’s history. The state’s historic roots are among the deepest in the country, and the historic buildings of Santa Fe stand as living proof.

They also serve as a reminder that we have a responsibility to preserve it, so that 400 years from now, future generations can visit what we hope will still be the oldest continuously used public building in the United States.

Tom Wall is the Associate Manager of Community Outreach. His background includes television production, journalism, nonprofit communications, and marketing. Originally from Santa Fe, New Mexico, Tom is a graduate of the George Washington University, with a B.A. in Journalism and Mass Communication.