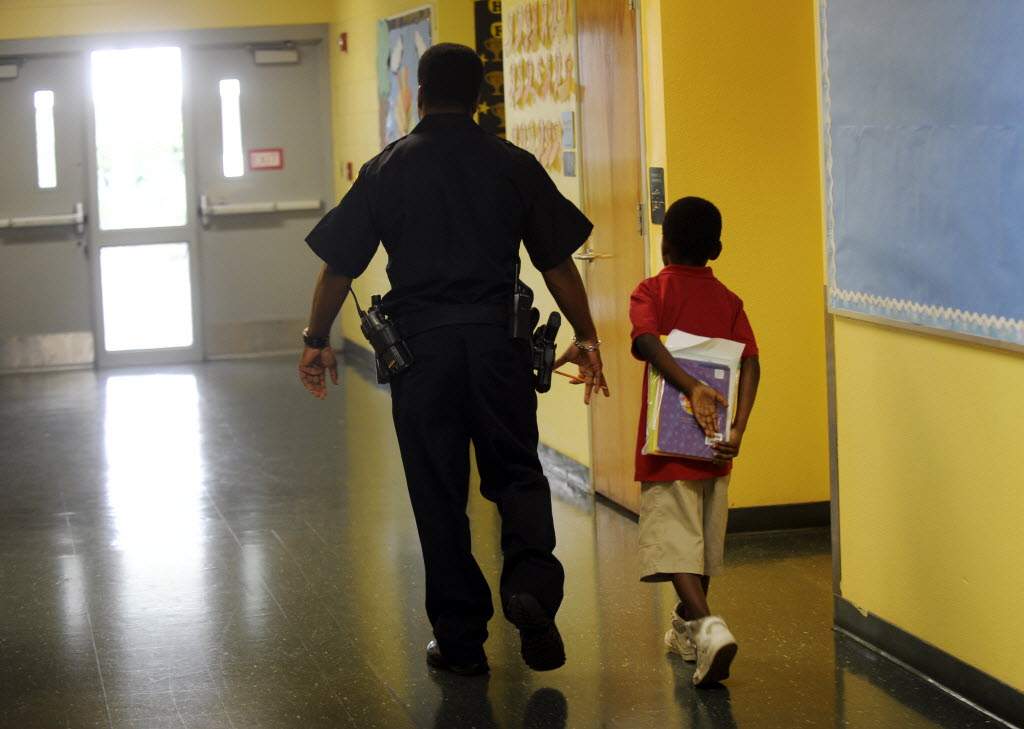 A growing body of research, including work published here, documents harms of what is known as the school-to-prison pipeline. Evidence shows that compared to 20 or more years ago, contemporary schools are more likely to suspend students — particularly students of color — out of school for minor misbehaviors.

After being suspended, these students have a greater risk than others of dropping out of school and justice system involvement. Because of these harmful effects and their racially disproportionate impact, we have seen efforts at the local, state and federal levels to reduce suspensions.

While I applaud these efforts, I am skeptical about their potential to result in significant change. Despite some clear success stories where schools have implemented alternative-to-suspension programs and saw reductions in suspensions, there are reports of districts that replaced suspensions with overly lax discipline (which is also harmful to students) or even with greater use of corporal punishment. Missouri recently bucked the national trend toward keeping misbehaving students in school by enacting legislation that increases penalties for school misconduct (though it calls for more severe criminal charges in response to fights in schools, not suspensions).

Legal scholar Barry Feld has argued that punitive juvenile justice laws are the result of seeing the juvenile justice system as relevant only to “other people’s children.” He describes how the “get tough on juvenile crime” movement came only after (and in response to) the wave of migration of black families from the South to the Northern U.S. states. Policymakers viewed black youth as dangerous and saw harsh punishments like transfer to criminal court as appropriate for a system that dealt often with youth of color.

Given the disproportionate use of school punishment on youth of color, I would argue that the same is true with school punishment, and that school disciplinary reform is unlikely to fully succeed so long as suspension is understood as something directed at “other people’s children.”

On the other hand, if the public and policymakers were to understand how entire communities — not just individual youth who might be viewed as troublemakers — are harmed by an over-reliance on school suspensions, then school disciplinary reform might seem more important to a larger share of the population and it would have a better chance of real success.

In my recent book, “The Real School Safety Problem,” I illustrate the broad and long-term harms of over-reliance on school suspensions to entire schools and communities. School suspension has unintended collateral consequences by socializing young people into apathetic roles as citizens, reshaping school climates, posing a hardship on families and burdening taxpayers. Let me discuss each of these briefly.

School suspension is an act of exclusion, as it excludes students from their peers and their daily activities for a period of time. Often it is based on undemocratic practices, where students are suspended without any opportunity to voice their side of a story, and it can result in students feeling alienated from school.

With this in mind, my colleague Thomas Catlaw and I wondered whether students learn from this experience that they have no voice or role in civic institutions, and whether this affects future democratic participation. We analyzed data over time to see whether a history of school suspension predicts decreased involvement in voting and community volunteering years later, in one’s 20s. We found that it does, as suspended students are less likely than similar youth to vote or volunteer years later, even after taking into account known predictors of civic participation.

High rates of suspensions hurt entire schools, not just the individuals who are suspended. For example, sociologists Brea Perry and Ed Morris find that “higher levels of exclusionary discipline within schools over time generate collateral damage, negatively affecting the academic achievement of non-suspended students in punitive contexts.” High suspension rates are corrosive to learning climates, and seem to drag down the achievement of entire school communities.

These parents and other caretakers told us how they lost wages and sometimes even their jobs because of the time schools requested of parents whose children get suspended. Parents need to pick up their suspended child, meet with administration and often accompany the child back to school after the suspension ends.

Suspensions also caused family conflict, physical and mental health problems among family members and even family separation at times (if a child needed to live with a relative in order to continue her education). In the end, most of the parents we spoke to had given up trying to work with their children’s schools, which is hardly a recipe for successful school/parent collaboration, and some had even given up on trying to send their children to school.

Finally, I also estimated in my book how much money taxpayers are asked to spend on security and punishment practices that boast little evidence of effectiveness. Nationally, this might be as much as $14.8 billion per year for direct expenses alone (i.e., not taking into account lost revenue due to increased numbers of dropouts, additional funds for incarcerating youth and other indirect costs).

In the zero-sum game of school funding, this means that schools across the U.S. have fewer teachers, counselors and social workers and have less to spend on educational technology and enrichment programs than they might if schools across the country did not rely so heavily on suspensions and criminal-justice-oriented security practices.

Of course, sometimes it is necessary to suspend students from school. After all, misbehavior should have consequences, and some misbehavior should result in a few days at home. But most suspensions are for minor issues such as disobedience, dress code violations, having cell phones, or talking back to teachers — not for fighting, threats to students or staff, drugs, weapons or other truly harmful actions. Suspending students in large numbers for minor misbehaviors is counter-productive. It harms communities, entire schools, families and taxpayers.

Perhaps if the public understood the breadth of these consequences then they would more fully embrace school disciplinary reform — and not just for their own children’s schools. If this were to happen, I would be more optimistic about the potential to implement more effective and fair school punishment practices.

Aaron Kupchik is a professor in the Department of Sociology and Criminal Justice at the University of Delaware. His research focuses on the policing and punishment of youth in schools. He has published five books, including “The Real School Safety Problem: Long-term consequences of harsh school punishment” and “Homeroom Security: School discipline in an age of fear.”