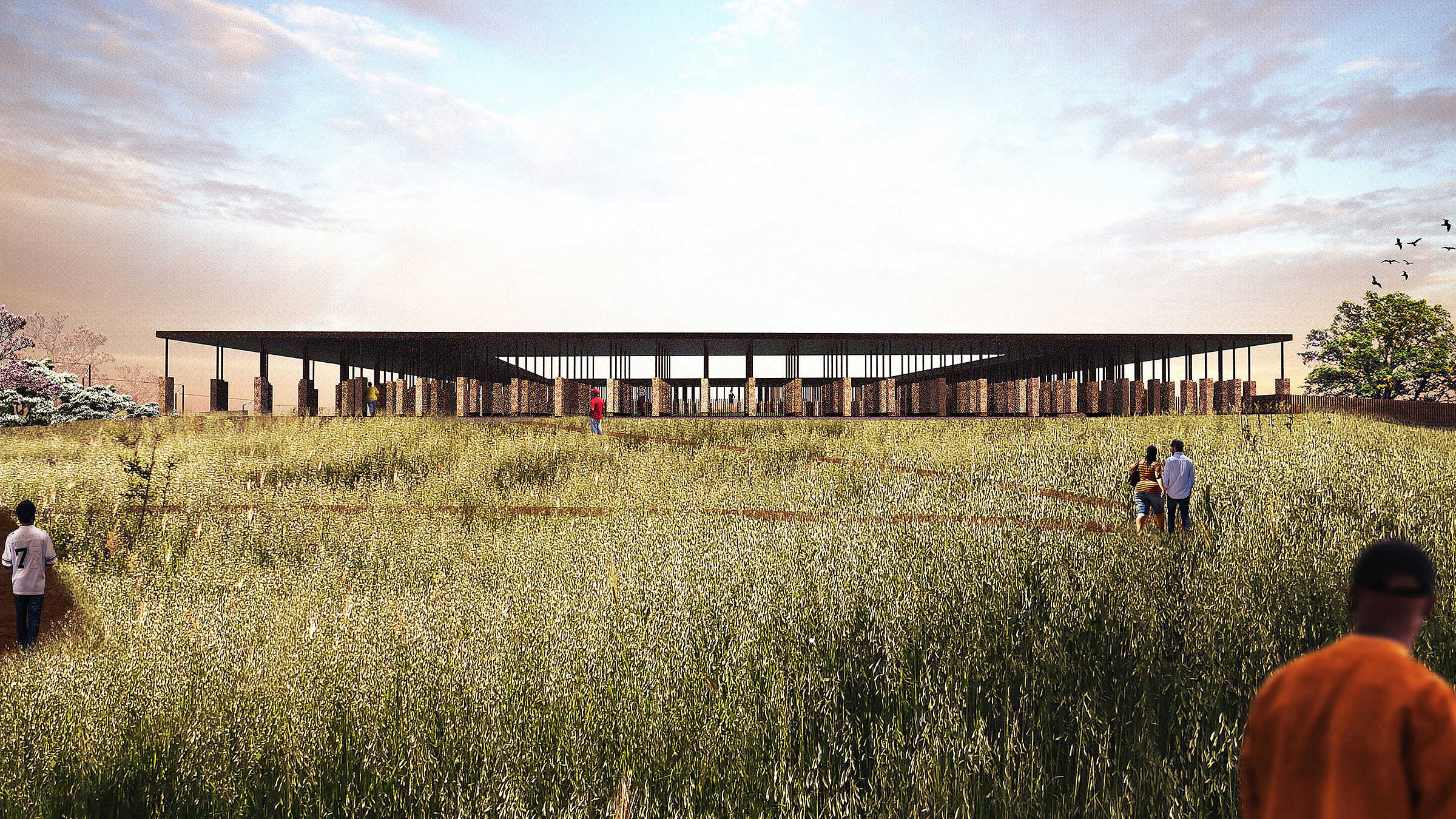 For lawyer and author Bryan Stevenson, the United States can’t fully recover from its racial history until it honestly confronts its past.

“Truth and reconciliation has always been sequential,” he says. “You can’t get to reconciliation and recovery until you’ve got to truth, and we’ve not done a very good job of telling the truth. If anything, we’ve distorted the history.”

Slated to open in 2018, the Memorial to Peace and Justice in Montgomery, Alabama will seek to tell the truth. Six acres of land owned by the Equal Justice Initiative—the legal services nonprofit Stevenson founded in 1989—will memorialize the more than 4,000 victims of what Stevenson calls racial terror lynching in the American South between 1877 and 1950. A nearby museum will tell the history of slavery, lynching, segregation, and mass incarceration as a single narrative.

It will be the visual representation of research EJI’s been doing for years, stemming from a comprehensive report on lynching they released in 2015. The report documented 800 more lynchings than had previously been identified and explained how the implications of those murders has been commonly underestimated.

“People tend to think of lynchings as only when someone is hanged,” Stevenson says. “These acts were directed not just at the alleged perpetrator of some crime, but they were directed at the entire African-American community. They were often carried out for allegations not of criminal misconduct but of efforts [to challenge] white supremacy.”

As the organization sought to mark lynching and slave trade sites in Montgomery and elsewhere, they realized that something more ambitious was needed. So they quietly laid the groundwork for a national memorial unlike any other in the nation.

Designed with help from the Boston-based MASS Design Group (which previously worked on a space in Rwanda’s Kigali Genocide Memorial), the site will challenge each locality where a lynching took place to directly confront its past. Six-foot columns representing each county (with the names of every victim inscribed) will hang from an outdoor covering. As visitors move through the memorial, the floor will drop, ultimately simulating the vantage point of a lynching observer.

“I think we want to sober people,” Stevenson says. “… It’s a very powerful way of expressing who has power, who doesn’t, who’s safe, and who is not.”

Surrounding the memorial, in what EJI calls the “memory bank,” there will be space for contemplation, where people can sit and reflect on the era of racial terror and its legacy. And in a field outside the covering, replicas of the columns will stand, waiting to be claimed and erected in their respective counties. EJI says that over time, the space will become a “report card on which parts of the country have confronted the truth of this terror and which have not.” Stevenson is encouraged by the response they’ve gotten so far from counties already planning to retrieve their memorials.

He also sees the memorial as helping to address a massive imbalance in the way the country has memorialized its history through monuments and historic sites.

“This is a region that seems very focused on mid-19th century history. There are lots of landmarks, historical sites, monuments, and memorials that celebrate and focus on the era of the Confederacy. There’s virtually no attention given to the institution of slavery,” he says. “We’ve painted a picture that is romantic and glorious and wondrous and idyllic when, in fact, for many of these places it was terrifying and horrific and torturous.”

There’s an emphasis on connecting the memorials to the literal ground on which atrocities were committed. The museum will be on the land of a former slave warehouse and just a stone’s throw from what was once an auction site. Meanwhile, EJI is using the help of volunteers around the South to collect soil from lynching sites to help tell the stories of those who were murdered.

All told, the project will cost about $20 million, with a number of large donors helping to foot the cost. It’s only a part of what EJI does. The organization still advocates for the end of mass incarceration inside and out of the courtroom, challenging excessive punishment and defending those it sees as having been illegally convicted of crimes.

The group kept its plans relatively quiet for a time, looking to avoid any backlash in Montgomery, which Stevenson hopes will become a destination of sorts for people looking to learn about the country’s racial history. He says that there’s an urgency for this kind of truth-telling now, as more people have recognized that the simple passage of time won’t undo the legacies of that history.

“It’s abundantly clear that 50-pus years after the passage of the Voting Rights Act and the Civil Rights Act, that those were not magical moments in the history of this country. They did not eliminate this sort of narrative of racial difference,” he says. “It’s no longer a debate that we’re not going to make the progress that many of us want to make until we deal with our history of racial inequality.”

Featured Photo:  A rendering of the Memorial to Peace and Justice in Montgomery, Alabama.