Seven Years After Katrina, FCC Still Fails to Make Sure Everyone Receives Lifesaving Information in an Emergency

“In an emergency, every person living within our nation’s boundaries, regardless of his or her primary language, deserves to have information available on how to increase the chances of survival and safety.” – Trial Plan for Universal Emergency Broadcasting

In September 2005, one month after Hurricane Katrina devastated New Orleans, the Minority Media and Telecommunications Council filed a joint petition with the Federal Communications Commission, urging the FCC to take action “now to ensure that emergency warnings are made available to non-English speaking persons.” 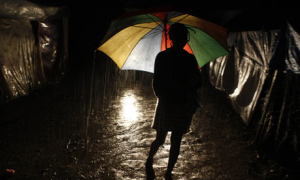 More than seven years later, as the East Coast braces for “Frankenstorm” Hurricane Sandy, we are reminded that the FCC has still failed to implement a comprehensive Multilingual Emergency Alert System (EAS) to make sure countless lives aren’t lost in avoidable accidents during natural disasters, as they were during Hurricane Katrina.

When Hurricane Katrina hit New Orleans, minorities, low-income Americans, and non-English speaking immigrants were disproportionately affected and the hardest hit. KGLA, the only Spanish-language radio station in the area, was forced off the air for eight days as a result of the storm, leaving thousands of families without access to basic lifesaving information.

According to MMTC’s petition, filed jointly with the Independent Spanish Broadcasters Association and the Office of Communication of the United Church of Christ, “KGLA reported that a Latino family returning to their home, and finding it without electricity, lit a match which ignited natural gas and blew up the house, killing the family as well. Spanish language emergency broadcasts on the subject of gas leaks could have prevented this tragedy.”

In a 2005 meeting with FCC leaders, MMTC President David Honig urged the Commission to adopt a Multilingual EAS rule. “There is no rational reason not to require each market’s broadcasters to come up with a Multilingual EAS plan,” he stated. “This is a moral question requiring leadership such as that exercised by President Johnson in 1965 when he sought passage of the Voting Rights Act by declaring on national television ‘We Shall Overcome.’”

Although the FCC has consistently failed to pass a multilingual EAS proposal, it has addressed the issue on several occasions. In fact, the Commission’s own Advisory Committee for Diversity in Communications in the Digital Age unanimously agreed that the FCC should pass a proposal to provide Multilingual EAS.

So why hasn’t the FCC taken any concrete action?

“Radio is the only technology that reaches all of the public,” David Honig stated recently. “All we ask is that stations in a market all come up with a plan such that if the only station serving major language groups goes off the air, or there is no station, that other ‘designated hitter’ stations will provide information in that language to protect the public while the emergency is in effect. This is a moral outrage.”

It is unfortunate that it takes large-scale disasters to teach us of the flaws within our emergency systems, but it is irresponsible to let such flaws go unaddressed for years.

Although FCC Chairman Julius Genachowski himself has stated that “when disaster strikes, the ability to communicate is essential,” the FCC continues to turn a blind eye to these flaws and ignore resolutions proposed by its own Diversity Committee and several national public interest organizations.

Unfortunately, the FCC may soon be reminded of just how essential communication is, when Hurricane Sandy has its own eye over millions of people, a large portion of which won’t speak English. We hope that the FCC will soon realize how vital a Multilingual Emergency Alert System is. As MMTC stated in a 2011 letter to Chairman Genachowski, “No one should perish during an emergency for failure to speak English.”

Marcella Gadson is the editor-in-chief of the Broadband and Social Justice Blog and Director of Communications at the Minority Media and Telecommunications Council (MMTC).

communication, emergency, FCC, language, radio
Previous Post Video: Mini documentaries focus on the unsung heroes who stood up for the right to vote
Next PostTeaching a new generation in Latin America math and science via free online tutorials

Video: Mini documentaries focus on the unsung heroes who stood up for the right to vote
Comment
Teaching a new generation in Latin America math and science via free online tutorials