Several States Look to Keep Teenagers Out of Criminal Court 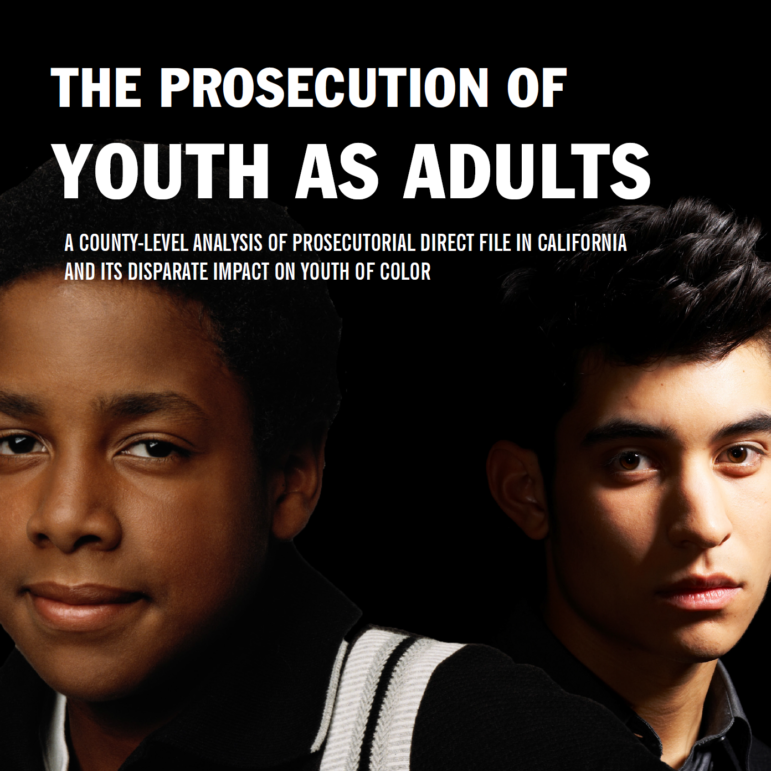 This year, several states have passed or are considering reforms that aim to reduce the number of teenagers charged in adult criminal court.

Some of the most aggressive changes focus on limiting prosecutors’ authority to charge juveniles in adult court without a judicial hearing — a process known as direct file.

This spring, lawmakers in Vermont eliminated direct file for most crimes as part of a sweeping package of changes, and reformers in California hope voters will support a ballot initiative in November that would completely do away with the practice.

The California initiative goes a step further than Vermont’s new law by eliminating a requirement that some serious crimes automatically be tried in adult court, one of the strongest challenges yet to the idea of sending teenagers to adult court without judicial review.

The initiative’s supporters say teenagers deserve a second chance — and at the very least should not have their path decided by the prosecutors they face in court.

“We don’t want to waste their potential by throwing them away in the adult system,” said Frankie Guzman, staff attorney at the National Center for Youth Law (NCYL).

Other reforms related to transferring youth to criminal court include a new law in Indiana that creates a reverse transfer process for some youth sent to adult court and a proposal in Michigan to narrow the scope of crimes that must be charged in adult court. A bill to limit direct file in Florida, one of the most prolific users of the practice, moved fairly far during the legislative session before failing.

Though some communities and states are reluctant to embrace changes to how teenagers end up in adult court, progress is undeniable, said Marcy Mistrett, CEO of the Campaign for Youth Justice.

The states taking action are not working in isolation but reflect a trend toward policies that emphasize rehabilitation for teenagers who are still maturing.

“We’re starting to see all of the research and evidence trickle to people who have fought this. I would say hearts and minds are changing, not just policies,” Mistrett said.

As the debate around the California ballot initiative shapes up, advocates are highlighting how direct file has played out in the state’s 58 counties. They say the policy has applied unevenly, leading to geographic, racial and ethnic disparities.

For example, the share of juveniles who end up in the California criminal system because of direct file, as opposed to a judicial hearing, grew from 50 percent in 2003 to 80 percent in 2014, according to a recent report from NCYL, the W. Haywood Burns Institute and the Center for Juvenile & Criminal Justice.

And the counties varied widely in their use of direct file. Some only used judicial hearings, while 14 relied exclusively on direct fire.

“It all comes down to the philosophy of the top prosecutor,” Guzman said.

In addition, the report showed Latino and black youth were more likely than their white counterparts to be charged in criminal court by direct file — a gap that grew during a decades’ worth of data.

“These disparities are unsurprising when considering our nation’s historic treatment of people of color — a history that continues to influence perceptions of youth of color as inherently more violent and therefore deserving of harsher and more punitive treatment,” the report said.

Because the state does not require detailed data reporting on direct file, the researchers could not determine details on youths’ backgrounds, case outcomes or whether a case was required by law to go to criminal court.

Supporters of the ballot initiative to eliminate direct file cleared a major hurdle earlier this month when the state Supreme Court ruled the process could move forward. The initiative had been challenged under state election law after major amendments related to the criminal justice system were added to it.

Now, supporters are waiting for signatures they collected in support of the initiative to be certified, a move that’s likely to happen in the coming weeks.

Laura Ridolfi, policy director at the W. Haywood Burns Institute, said supporters want to show that teenagers do better when they stay in the juvenile system — and thus everyone in the community benefits.

“We’re trying to encourage shifting the dialogue to think long term about our public safety decisions,” she said.

In Vermont, prosecutors have long been able to charge older teenagers directly in criminal court for any misdemeanor or felony. Reformers tried to make changes for years, such as strengthening the use of assessments prosecutors use when deciding where to charge.

“We’ve kept trying to educate and nibble away at the issue,” said Karen Vastine, senior advisor to the commissioner at the Vermont Department for Children and Families.

But the new law (HB 95) will phase in a requirement that nearly all youth begin in juvenile court. Prosecutors now will have to go before a judge to move a case up to criminal court.

“We want to make sure for kids who make mistakes there are not lasting collateral consequences that follow them along for the rest of our life,” Vastine said.

The law will maintain Vermont’s “Big 12,” serious offenses that prosecutors are required to charge in criminal court for most teenagers.

The Vermont law also extends eligibility for youthful offender status from age 17 to 21 and requires incarcerated young adults ages 18 to 25 to be housed in a facility dedicated to youth.

In addition, the law requires a committee to study a variety of potential reforms, including the fiscal implications of including all youth up to age 21 in juvenile court, housing options for 16- and 17-year olds convicted of “Big 12” offenses, and the creation of an Office of Youth Justice for youth ages 25 and younger.

“This was a remarkable session for us, but in some ways it was just the beginning,” Vastine said.