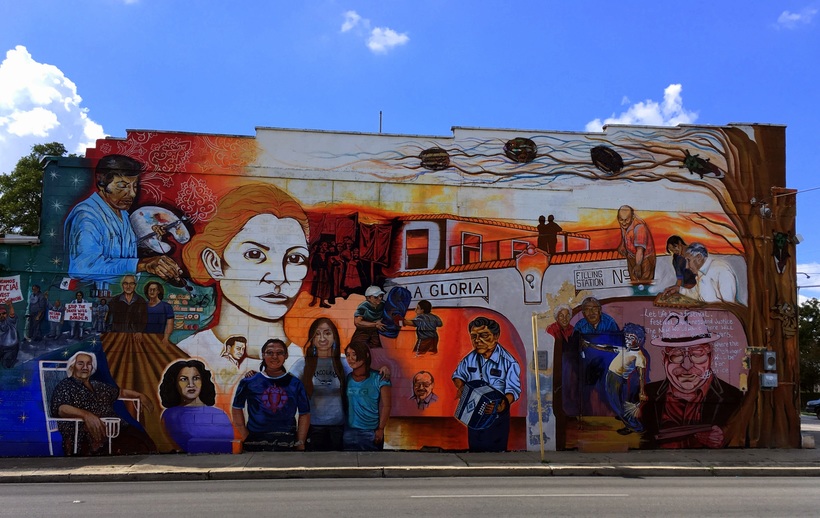 An in-depth article by Lily Casura of HuffPost recently took a deep dive into the state of education in the city, which noted “exceptionally low” high-school graduation rates in certain parts of the city.

Casura’s article notes that 300,000 San Antonio adults overall (20% of the city’s population) are not high-school graduates.

“There’s a moral imperative to address this,” said Dr. Matthew Martinez, a Rice University demographer and San Antonio native in an interview with The Huffington Post. “Neighborhoods initially lacking adequate resources to educate their residents then become ‘self-reproducing systems’ of disadvantage.”

The connection between poverty, education, and health are irrefutable.

In cities like 68% Latino San Antonio that are majority minority, what does this mean for its residents? Overall, education is one of the most important factors that determines a person’s lifelong health and long-term financial stability and professional success.

Predominately Latino San Antonio has lower educational attainment at every level and that coincides with lower income at every educational level.

One noted that a “dropout legacy” affects neighborhoods in the “hardship” ZIP codes. Some cite a “ninth grade bubble” that is a “make or break year” for students, and minority students are often held back in ninth grade. Disadvantaged neighborhoods, poverty, and segregation also play a role.

Whatever the reasons, the consequences are severe.

“[These] costs add up to approximately $192 billion in lost income for every new cohort of 18-year-olds that doesn’t complete high school,” said educational researcher and policy advocate Camille Farrington.

Research shows that providing whole-family programs and policies that benefit parents and children can create supportive environments for Latinos.

Early childhood education (ECE) programs have been proven to lead to long-term success academically for all students, especially Latinos.

Casura ends her article with a plea.

“Let’s make sure we enlarge the scope of the equity lens to include education, not just housing and infrastructure — because all residents deserve to be part of San Antonio’s brighter future.”

Learn more about the connection between education and health here:

education, higher education, income disparity, latino, San Antonio
Previous Post Why Puerto Rico’s death toll from Hurricane Maria is so much higher than officials thought
Next PostTwo things to know about crime rates in the US