Latina Lista: News from the Latinx perspective > Columns & Features > BlogBeat > Should Race Be A Political Factor In The Treatment Of Childhood Asthma?

Should Race Be A Political Factor In The Treatment Of Childhood Asthma?

Right now, race is such a political powder keg. By everyone’s measure, we are at a surprisingly tense place in our history when it comes to race and racism. It is surprising because upon the election of the country’s first Black president, many of us thought it would be a turning point into post-racialism. But this has proven to be a grossly premature belief. Many people of color are discouraged and distraught that their lives are still so affected by racism and prejudice. On the other hand, many folks are just plain tired of being accused of racism and being implicated as part of a group of perpetrators. 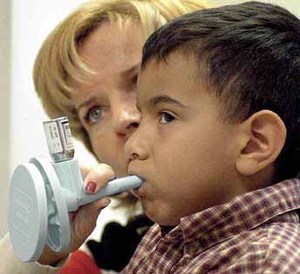 The trouble with this kind of tense and defensive environment is that it’s difficult to have a calm discussion about race. And race can so easily be used as a divisive tool. It’s rife with negativity, anger (anger-fatigue) and guilt (guilt-fatigue). We are seeing this over and over again online and among political pundits–how race is being used to create conflict, misunderstanding, hatred and fear. It is disturbing how issues around race are manipulated to incite and inflame. When this happens, as it has recently in the clean air realm, legitimate discussions about how to make life better for everyone get clouded and polarized to the detriment of understanding and progress.

There is no better example of this than a recent blog post that accused the Obama administration of prioritizing children of color with asthma over White children in connection with the recently completed Coordinated Federal Action Plan to Reduce Racial and Ethnic Asthma Disparities. This is the EPA’s plan to address the profound disparities in the incidences of asthma among children of color.

Why is it that race is a factor in the treatment of childhood asthma? Is it racism to exclude and separate by race and ethnicity?

The reason race must come into the discussion about clean air policy is because African American and Latino communities are disproportionately impacted by pollution by industry — coal-fired power plants, chemical plants and refineries. I often write about the disparities in my own community:

These disparities are important for everyone of every race and ethnic group to know because they are social and economic in nature. They highlight how profound the air pollution problem is for those historically least empowered to do anything about it. And they forewarn of the pollution dangers for the population at large. This discussion is not exclusionary in intent.

Air pollution is not racist. It is detrimental to every person who has to breathe it in on a regular basis. It is a threat to us all. It makes us all sicker, and reduces the quality of life for everyone.

We are at a crucial place in the clean air fight and we cannot afford to be divided by disingenuous accusations of bigotry or artificial divisions of race.